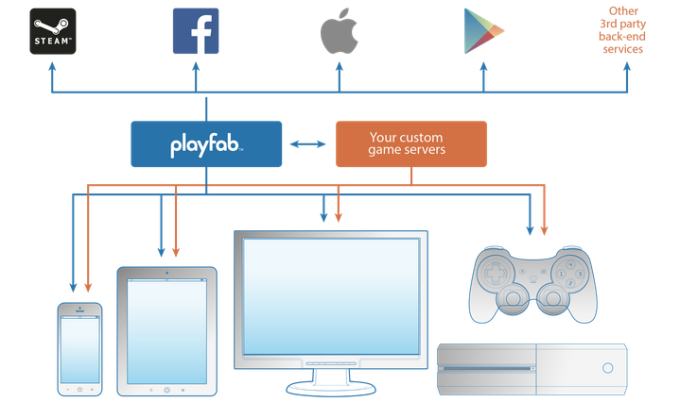 Developing a game is hard. Along with coding how the game’s rules or world works, you’ve got characters to model and animate, level artwork, music, voice, acting, and writing. Thankfully, game engines like Unreal and Unity and their respective asset stores make it so that developers don’t have to entirely reinvent the wheel every time they start a new project.

Nowadays, most studios building games for mobile, PC, or consoles are actually building services: there are servers where gamers play together, leaderboards, in-app purchases to process, inventories to manage, character stats to keep track of, and more. While extremely helpful, most game engines don’t help you implement this side of things.

Former PopCop VP James Gwertzman saw the multitude of things developers have to manage on the backend and saw it as an opportunity to create an infrastructure and software backend that could be deployed to a range of titles, from card games on mobile to first-person shooters on the console hooked up to your living room TV.

After three years of development under the name of Uber Entertainment, Gwertzman is relaunching his platform as PlayFab with $2.5 million (a PlayFab spokesperson clarified in an email) in seed funding from Larry Bowman of Bowman Capital Management, Startup Capital Ventures, and angels and game industry vets including Scott Banister, Jason Kapalka, Chris Carvalho, Patrick Wyatt,  and John Spinale.

PlayFab’s Game Manager, which is used for analytics as well as operations management, packs in an exhausting number of tools and services. You can manage game servers, purchases through Steam and other app and game stores, player inventories, character stats, push notifications, build deployment, and more. While the current interface is a bit cluttered, a new UI is coming in the next few weeks that brings a cleaner, more responsive design to both PCs and mobile: 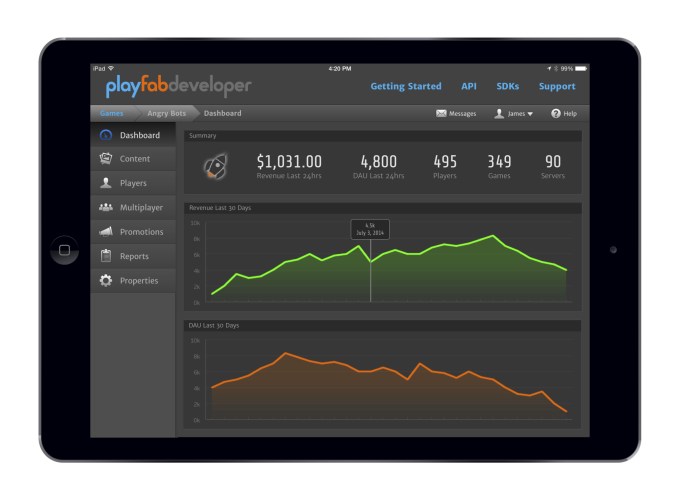 Many developers are very picky with the tools they use, settling on a game engine and toolset that works for them and sticking with those choices for a game or two. PlayFab is built to support many of the engines commonly used by studios that don’t have the resources to also build out their own backend or operations team to manage it. That means that it supports game engines like Unity, Unreal, and Cocos2D, but it also means that the company is partnering with other companies to make its service easier to adopt.

To that end, PlayFab is also announcing today that it is partnering with Exit Games, offering its Photon Server software to all customers for no additional cost. That means you don’t have to build the software that runs on PlayFab’s servers — you’ll be able to spin up a Photon server just like you’d spin up a new WordPress blog on a web host.