Yet more changes for Nokia, the Finnish wireless behemoth that was split apart earlier this year when Microsoft acquired its devices and services business for $7.2 billion. Michael Halbherr, an eight-year veteran of the company, is stepping down as the CEO of Here, Nokia’s mapping and location services division.

Here is one of the only mobile-device assets that Nokia held on to in the Microsoft deal, along with a four-year contract to supply mapping and location services for Windows Phones. But it has been and has remained a fairly small part of the company’s business. Nokia says that Here net sales in Q2 were “approximately flat” on a year-on-year basis, with reported net sales of $309 million, and with an operating loss of $12 million (the non-IFRS figure is $0). To put those numbers in context, the company reported $3.9 billion in net sales for the quarter.

Finland-based Nokia says that Halbherr will be replaced in an interim position by Cliff Fox, who is an SVP in Here’s Core Map Group. The changes take effect on September 1, and the company is searching for a permanent Here head “immediately.” 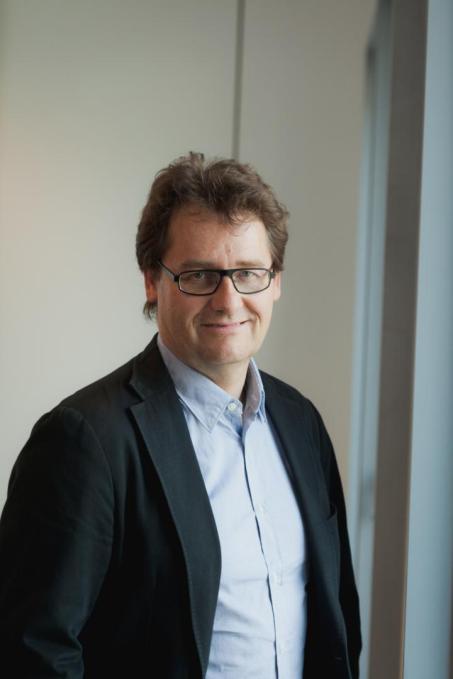 As part of the deal Halbherr is also stepping down from Nokia’s Group Leadership Team as well, the company says. It was a short-lived CEO tenure — he was only appointed to the role at the end of April, after the Microsoft close. Before that, he’d been an EVP for the division. Here’s slogan may be “maps for life,” but as for the jobs, maybe no so much.

It’s not clear what led to the change. Halbherr himself describes it as a time for him to focus on “entrepreneurial activities.”

“It has been a pleasure and honor to work with remarkable and smart people during my time at Nokia and Here,” he said in a statement. “I am proud that we have been able to create a leading location cloud company widely recognized across industries, by customers and by opinion leaders. Now the time is right for me to focus once again on entrepreneurial activities. I wish the team the best of success for the future.”

Nokia’s Here division, which was rebranded last year, is based in large part Nokia’s acquisition of Chicago-based Navteq for $8.1 billion in 2007. It’s interesting to note, too, that Halbherr was based in Berlin, where Here’s European operations were headquartered, while Fox is in Chicago. There has been speculation that Nokia may ultimately decide to sell or spin off Here at some point, and if the center of gravity for Here has in some way remained in (formerly) Navteq’s U.S. operating HQ, then having someone leading from there might make sense.

Although location-based services have become a central part of how we use the new generation of computing hardware — which includes everything from smartphones through to smart watches and smart cars (we’re so smart now) — there are still question marks over how well these services can be monetised, and also over who will be leading the way. Alongside companies like Google, and Apple doubling down on its own mapping activities, Nokia has been tenacious in carving out and growing a position for itself as well.

While Here still makes an operating loss (and is breakeven in non-IFRS figures), at least that is better than in years past: in 2012, the Navteq business was costing Nokia about $1 billion per year to run.

While Here’s sales were flat, the company has made some headway in emerging areas — key since Here and the whole concept of monetising on mapping and location seems to be a long-term game for the company. In vehicle license sales, for example, Here’s big focus outside of its existing mapping deals for websites and mobile devices (specifically the Lumia devices now owned by Microsoft), were up. It sold 3.3 million new map data licenses for the embedded navigation systems in vehicles globally, versus to 2.7 million vehicles in Q2 2013.

Here has also acquired a couple of companies, Medio and Desti, to expand personalisation and natural language and AI capabilities.

“I would like to thank Michael for his leadership, passion and achievements during his eight years with Nokia,” said Rajeev Suri, President and CEO of Nokia, in a statement. “He has played a key role in making Here one of the strongest players in its sector, with a depth and breadth that is unique. He leaves with my best wishes and the gratitude of all of Nokia.” Suri himself was appointed CEO at the same time as Halbherr was made CEO of Here.

In trading on Wednesday, Nokia’s share price was slowly creeping up, and is now near its one-year high of $8.35 per share. The company is valued at $30.3 billion, according to Google Finance.