Tom Hanks’ name can do more than sell a movie, it seems. His recently launched, hipster-ish typewriter app for iPad, Hanx Writer, has now shot to the top of the iTunes App Store, ranking No. 1 in both the Productivity section, as well as Overall.

Launched last week, Hanx Writer turns your iPad into an old-fashioned typewriter, offering a pseudo-analog typing experience. The bangs of key presses, hard returns and the chimes that sound when you reach the end of a new line now sit alongside modern conveniences like the ability to correct without white tape or whiteout, and options to print, email or share your documents when complete.

Is it necessary? No, not really. Is it enjoyable to use and well-made? Well, yes. 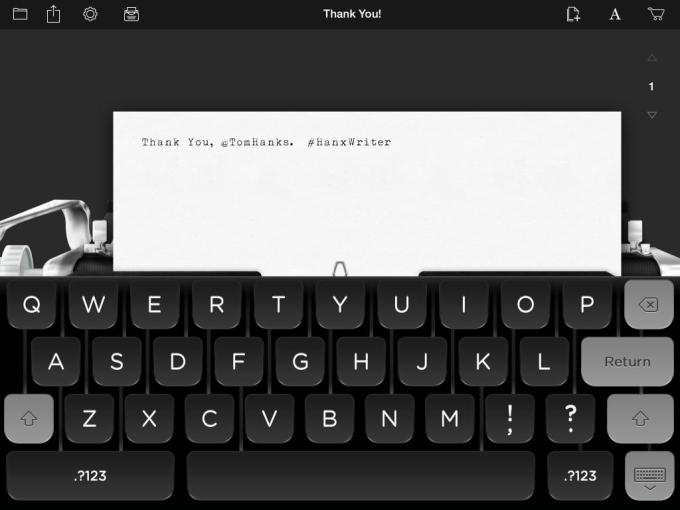 The app offers an on-screen keyboard or pairs with your Bluetooth keyboard so you can pretend you’re not typing on plastic-y keys.

Though free, users can also opt to purchase additional typewriter models within the app, including the Hanx 707 and the Hanx Golden Touch to complement the default selection, the Hanx Prime Select.

The option to switch machines is the kind of feature that makes sense to be found in an app dreamed up by an actor who has spent a lifetime of reading typed-out scripts, and corresponding via one of the many typewriters in his own personal collection. 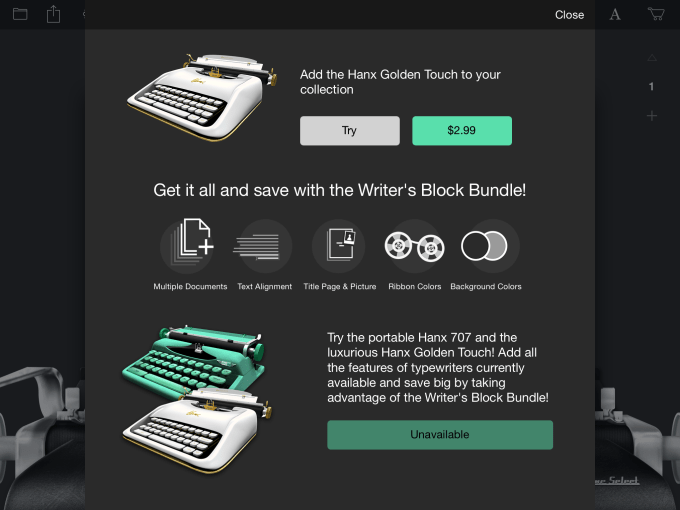 You may recall Hanks’ ode to the typewriter printed last summer in The New York Times – a clever marketing ploy for his forthcoming app, perhaps. In it, he explained the draw of these classic machines, saying:

Everything you type on a typewriter sounds grand, the words forming in mini-explosions of SHOOK SHOOK SHOOK. A thank-you note resonates with the same heft as a literary masterpiece.

In addition to sound, there is the sheer physical pleasure of typing; it feels just as good as it sounds, the muscles in your hands control the volume and cadence of the aural assault so that the room echoes with the staccato beat of your synapses.

You can choose the typewriter to match your sound signature.

More recently, in an interview with Apple’s @AppStore Twitter account (yes, I know, welcome to new media), Hanks further explained his motivations to create this app, saying that, “I wanted to have the sensation of an old manual typewriter – I wanted the sound of typing if nothing else…cause I find it’s like music that spurs along the creative urge. Bang bang clack-clack-clack puckapuckapuckapucka… I wanted the ‘report’ of each letter, each line.”

He also detailed the differences between the three typewriters in the app, adding that the Prime Select would let you bang away, while the 707 is smaller and quieter, and the Golden Touch is the luxury model.

As in the earlier Times’ piece, Hanks also acknowledges that it isn’t always practical to do “real work” on a typewriter, virtual or real. The app, he said, is maybe not the best choice for a term paper or legal brief, but would make sense for notes, journal entries, or love letters – things that you want to look special.

Hanks teamed up with iOS develop Hitcents, which today produces a number of games and other applications, to bring Hanx Writer to life. Since its debut and App Store climb, the app has received 1,310 reviews – largely positive – and currently has a 4.5-star rating.

Lest you think that the app’s appeal comes only from the celebrity backing, and America’s fondness for Mr. Hanks in general, that may not necessarily be the case. After all, look at Justin Bieber’s selfies app Shots (previously Shots of Me), for comparison: even the singer’s massive fandom and “selfie” trend-riding can’t seem to get the app ranked as a social networking favorite, and it never made it to the top of the App Store at any point in time, including just after its debut and buzzing press. 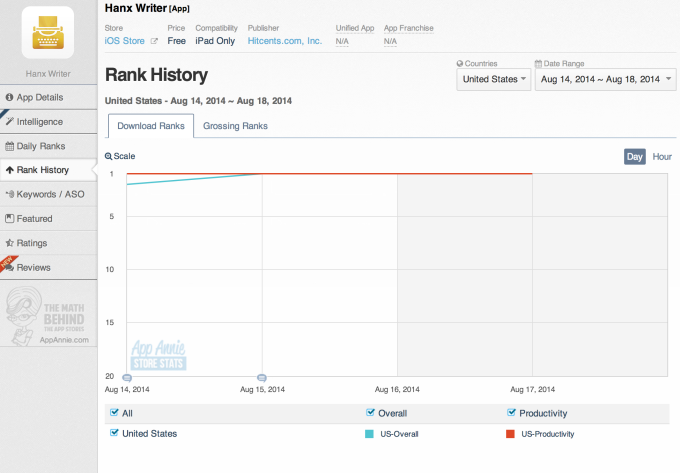 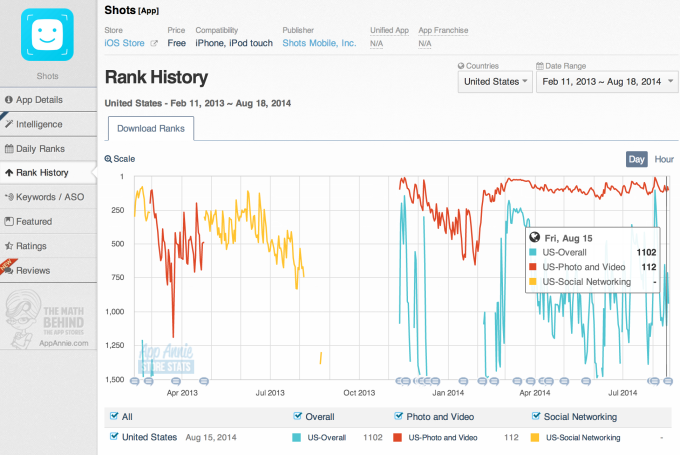