An Austin-based company called Bearch has raised $2.1 million in seed funding for its anonymous photo-sharing app Unseen, which has been trending on college campuses. Investors in the round include Rackspace co-founder Dirk Elmendorf, Indeed.com CEO Rony Kahan, CEO of Woodbolt International Doss Cunningham, and several other angel investors.

At first glance, Unseen looks similar to other anonymous networking apps that have become popular in recent months, including competitors like Secret or Whisper, for example. But co-founder Michael Schramm stresses, its intention is to ultimately build a different type of community for its users. Using both manual and outsourced moderation procedures, the idea with Unseen is to cut down on the bullying and other inappropriate behaviors that anonymous apps can contribute to without being heavy-handed. 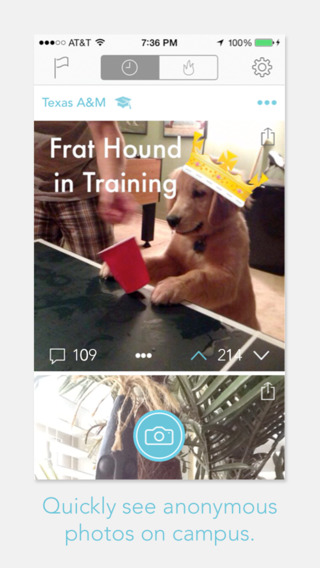 But Unseen isn’t there yet, from what I saw. A brief tour around one university’s photos in the app included spy shots of a girl commenters called “slut,” and suggestions of sexual activity that could later take place, to put it mildly. Many posts are sexual in nature, and there are quite a few of female body parts. Others are photos of joints or packed pipes, and a lot seem to be groups of guys discussing girls in photos or directly asking female users more general sexual questions.

Of course, like other apps in this space, Unseen isn’t only going to feature this sort of content. There have been a couple of threads about serious matters, like depression, says Schramm, where support was offered.

But from what I saw, the app favors sexual content, drugs and spy shots. Some users are posting goofy photos, or text-only comments that you could imagine would come from a young college kid, like “What are the best places to buy alcohol with a fake [ID]..?”

Kids will be kids, I guess. But if this is the future of social media, I’m glad I’m so darned old.

Schramm, who created Unseen along with co-founder Munjal Budhabhatti, believes that anonymous apps are not just a flash in the pan, and they’ve entered this space because they want to figure out how to get things right. In fact, Unseen grew out of two pivots from previous attempts to connect users via mobile, one a Jelly-like local Q&A app and the other a place for group discussions.

Unseen is the one that took off – or at least, the one that was able to attract investor attention. The company declined to share user numbers but says growth has been 93 percent week-over-week for the past five weeks. The app is only three months old, so that doesn’t really prove much of anything at this point. Going from zero to anything is going to yield big numbers.

And on Android, there are only somewhere between 500-1,000 users according to Google Play’s install tracking. On iOS, there are likely more, but Unseen is not a runaway hit at this early stage so much as it is a calculated bet. 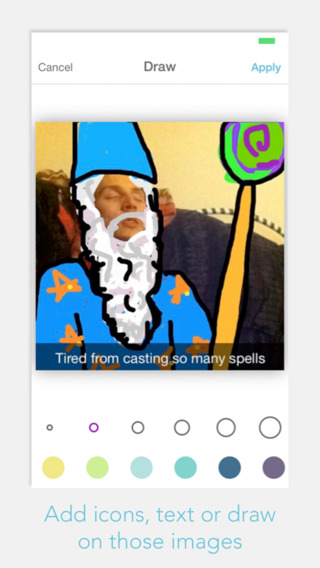 The app is live now on 40 college campuses. Users don’t have to sign up or log in; they just pick their college campus feed from a search box to participate.

“I hate anonymous apps, I think they’re garbage,” co-founder Schramm proclaimed at the beginning of our conversation, but then explained how anonymous apps are a great door for people to enter into things with. Traditional social media, he added, “is actually driving people further apart rather than bringing them together because you have to maintain this appearance to your friends, or professionally.”

The younger generation – those who grew up being publicly exposed (and shamed) for their Facebook activity and photos – has certainly been drawn to anonymous platforms. They like Snapchat and other private and “ephemeral” messaging apps, and more “social” apps like Yik Yak or Whisper. Unseen is hoping to ride that trend, too, but set a different tone.

Schramm says they quietly censor photos on Unseen. If someone posts a full nude, for example, they delete it. If the poster returns and posts a partial nude, they just keep deleting it until the photo fits in with the guidelines and rules of the community Unseen wants to establish. (It’s “no nipples” by the way.) There’s even a long user agreement up front when you first open up the app that tells you what you can and cannot do.

Now the plan with the new funding is to moderately grow its install base. The wait list today includes 863 schools where users have signed up to join. Schramm says they need to be careful about their next steps. “Growth unchecked in the anonymous world is a very dangerous thing,” he says.

So is the anonymous world itself.