The Vertwalker is a lightweight robot they built with 3D printed materials that can walk up vertical surfaces. The patented robot, which looks like a Roomba, has a vacuum on its bottom with two computer fans, two wheels and has an Arduino-based custom electronic set up inside. 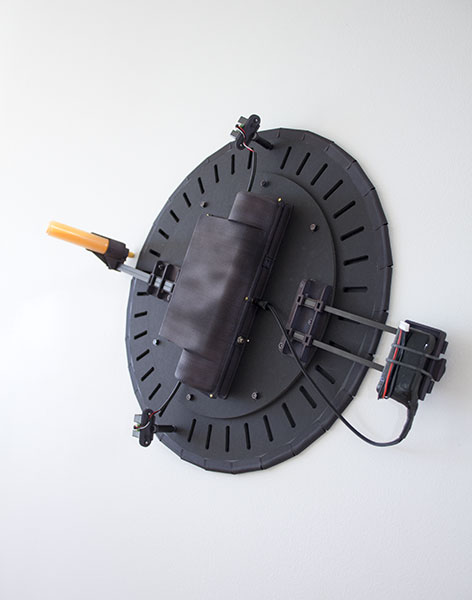 Depending on the specific Vertwalker, the robot holds a pen that uses acrylic to paint on a wall, and continuously overwrites itself.

The artist duo from Berlin have been building robots that create works of art for a few years, and the current Vertwalker is the third generation with six active prototypes.

The robots are used in the “Colorspace” series, the first of which was the “Emerging Colorspace” displayed last year at the Saatchi Gallery in London.

Right now, two installations are in Berlin, featuring the “Rising Colorspace” and “Sensing Colorspace.” The first is located at Metropol-Park and the latter is at the 25hours Hotel Bikini Berlin.

The Vertwalkers operate for about two to three hours, after which someone at the installation has to change the battery and the pen it uses to paint.

The colors aren’t random and are inspired by the location the robot is in, and so for the Rising Colorspace installation, the Vertwalker has nine distinctive colors with a protocol on which color to use each day.

The Vertwalker at Metropol-Park is inspired by the Eternal Gardens in the film, Metropolis.

Adenauer and Haas, who work on commission, say they like the idea of using a city as a display for exploring the vertical.

Taking over the vertical city space is also something supernatural. There is hardly any comic-superhero without the ability to get off the ground. Either with superpowers like Spiderman, Superman and the Silver Surfer or with the help of technical equipment like Batman, Ironman or the Green Goblin.

“We share a big curiosity, and fortunately we have the skills to realize these visions and dreams of these machines and of talking to people by creating these machines. … In the end it is about getting in touch with people, telling a certain kind of emotional story that you would like to share,” Haas said.

The Emerging Colorspace ran for one month, but the Vertwalker at the 25 Hours Hotel Bikini Berlin will stay there for two years. The Rising Colorspace series will run for nine months. 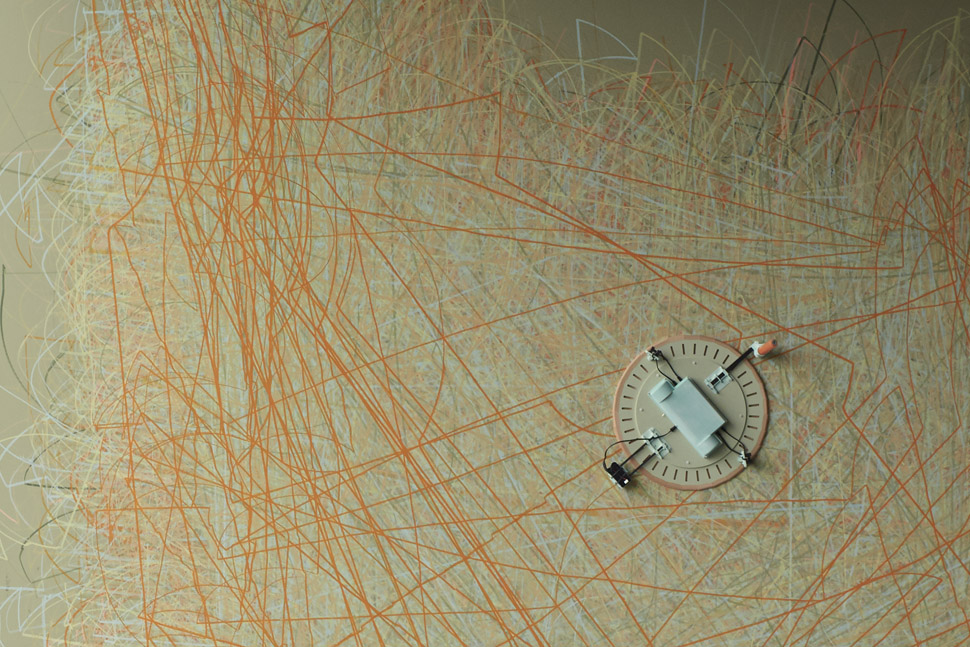