One of the defining images of the cyberpunk movement of the 1980s and 90s was William Gibson’s cyberspace decks. Although never explicitly described, they seemed to be something like a self-contained keyboard with electrode leads hanging off and a sometimes unmarked keyboard that hackers used to jack into the Matrix. I remember running around in my parents’ basement with my unplugged Atari 800XL (which was about the size and shape of a thick Ono-Sendai) pretending to be a cyberhacker making a run on the House Of Blue Lights. I obviously didn’t have a lot of friends.

That’s why the Das Keyboard 4 is so exciting. Created by the folks who brought us the original Das Keyboard, this new, ultra-thin, ultra-clicky keyboard is a cyberpunk’s best friend.

First, what is a Das Keyboard? Founded in 2005 by Daniel Guermeur, the company’s goal was to reproduce the old “clicky” IBM Modem M keyboards of yesteryear. Beloved by programmers for the key travel and sound, these dense slabs of I/O power originally shipped with the original IBM PCs. Das Keyboard originally created clones of these keyboards and then went so far as to create a similar “noiseless” model as well as a completely unmarked model for true haX0rs. I interviewed Guermeur last year about his company and he said he created the first unmarked Das Keyboard after realized he might be able to type faster with a better board.

“So there was this cool factor I didn’t know about before people told me, that it really looked bad ass. And so I kept going, using my keyboard and after about a year, I had so many requests from people asking me, “Hey, where did you buy that keyboard? We want to buy one because it’s so cool,” he said.

This new Das Keyboard is the fourth generation and connects to your computer via USB 3.0. It features built in volume and audio controls as well as a “Das” button that mimics either the Apple or the Windows key. It has a magnetic strip on the bottom that allows you to slap on a slight riser. The keys have excellent travel – the distance they move down when you tap them – and the clicky switches make it sound like you’re James Bond tapping in nuclear launch codes in the movie Moonraker. It also weighs over two pounds and features a solid plastic case and aluminum face. It works with Windows or Macs and comes in an unmarked variant called the Ultimate.

Why is this important? Well, some programmers and writers like to “feel” their keyboard. While I’m fine with a nice MacBook keyboard, I’ve always had a problem with the chiclet style wireless keyboards from Apple as well as the low-travel keyboard on many laptops. Having actual “keys,” like a piano keyboard, allows you to truly feel each press. I haven’t noticed any carpal tunnel issues with the new keyboard (although your results may vary) and the sheer physicality of the keys are very comforting.

Because this keyboard has a full numeric keypad you’re going to have a nice time gaming on this thing and general typing is a dream. While I suspect the noise is an acquired taste for many – it was for me – once you start slappin’ da keys, mon, you can’t stop.

Keyboards like this one are hard to stomach. In an era when you can get a keyboard for $10, shelling out $169 for this one is a tough call. However, personally, I’ve used Das Keyboards for the past three years and I only swapped out my older model for this one because it was available. After using lots of mushy Logitech gaming boards with lots of bells and whistles but little character the Das Keyboard 4 is a clacking keyboard of cool.

Can you cut ICE with this keyboard? It depends on your skills and your status at the Gentleman Loser. However, if you’re looking to cook up some Perl or write your novel, this is a great tool. 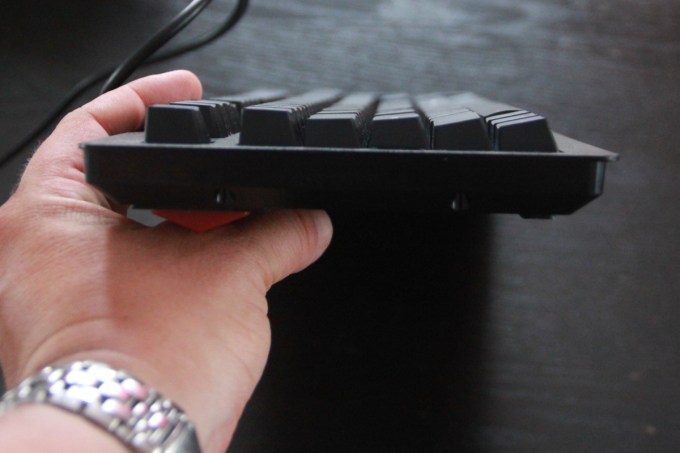 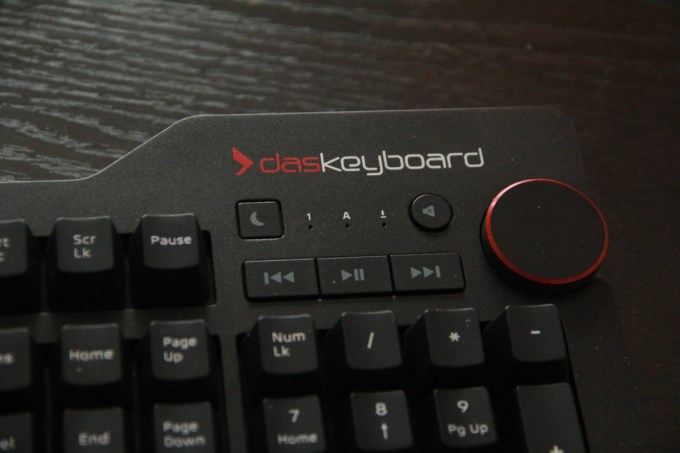