In the San Francisco Bay Area and elsewhere in the world, 100 people are testing out a debit card that lets them pay with bitcoin and ripple, and, in the future, regular money and loyalty points. These users are part of a pilot program run by the Y Combinator-backed startup called Shift Payments, a company working to make it as easy to spend digital currencies, cryptocurrencies and loyalty points as it is to spend regular, fiat money.

Shift was founded by Meg Nakamura, Eugene Otto, and Greg Kidd – a team with backgrounds in payments, telecom and regulation, making them an ideal group for tackling something as complex as bringing digital currencies and loyalty points into the offline world, where they’re attached to a “normal” debit card.

Nakamura, a Princeton grad, met co-founder Kidd back when they both worked at consulting company called Promontory, which focused on working with those in the financial services industry, advising on compliance, strategic and risk management issues.

Kidd’s background has also included consulting and advisory work for other Bay Area startups, including Twitter and Square, as well as time spent working as a senior analyst for the Federal Reserve Board.

The two co-founders had previously teamed up on 3taps, a data aggregation company you may have heard of, thanks to the ongoing lawsuit they have with Craigslist over use of the classified site’s data in third-party services. Meanwhile, the founders knew Otto, a social gaming veteran and entrepreneur, from a 3taps hackathon.

With the 3taps venture on hold (they’re still in “discovery” mode with the lawsuit), Nakamura says they were ready to move on to new things.

“We were always interested in marketplaces. 3taps was focused on the search piece,” she explains. “The other parts of an efficient marketplace are messaging and payments.”

Messaging apps were already big, with Whatsapp, Facebook Messenger and others dominating the space, but payments presented a new opportunity, Nakamura explains. “Micro-payments are a huge thing that bitcoin enables. The ability to transact in real-time without having to trust a third-party – all that stuff was really interesting to us, so we dove right in,” she says.

Shift Payments originally grew out of a skunkworks project that arose from two companies Nakamura and Kidd had invested in via their early stage fund Hard Yaka: Ripple Labs and Marqeta. By November 2013, they had a working prototype of a payment card that would allow users to spend from their ripple (formerly OpenCoin, a newer cryptocurrency) balances.

They later applied to Y Combinator, and were accepted.

Now the startup is working to expand upon that earlier prototype with a card that’s now integrated with both Coinbase and Ripple accounts, letting pilot testers pay for goods and services via their existing virtual currencies accounts. The plan is to also integrate the Shift payment card with loyalty points programs and regular bank accounts in the future. 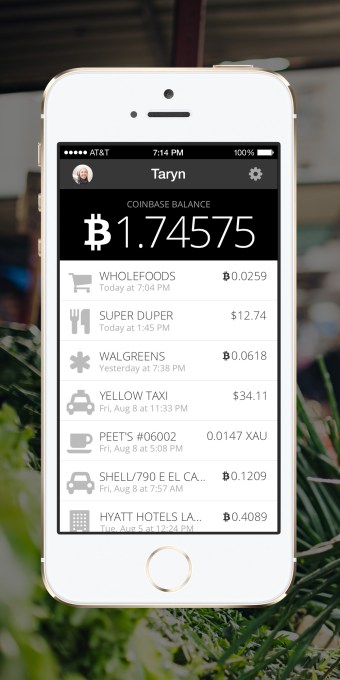 With an accompanying mobile app, users can switch their funding sources on the fly, and track their transactions. The card works offline, online, and internationally, thanks to the support of a major international card network.

Though payment trials are underway, it hasn’t been an easy process. Early partners wouldn’t let Shift have even 10 cards, much less 100.

One of the original banking partners for the prototype payments card even pulled out, says Nakamura.

Still, she feels that Shift will eventually work with banks in the U.S. “It’s just going to take time,” she says. “U.S. banks are engaged and excited about the technology and its potential. They’re watching regulatory direction closely.”

Though the buzz for the card may be around its support for cryptocurrencies like Ripple and bitcoin, there’s perhaps even more potential in making a payments card that lets you spend loyalty points, Nakamura says. “Bitcoin’s market cap today is only $8 billion. We’re talking about 6 times larger per year in just the loyalty points alone. We think it’s a big opportunity.”

The company is largely bootstrapped with some investment from the founders’ Hard Yaka fund.