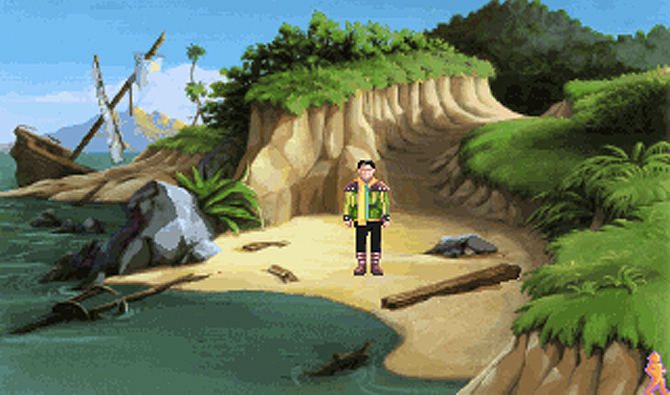 Just a quick heads-up for everyone else who spent far too much of their youth tapping around King’s Quest and totally swearing to friends that they hadn’t used a walkthrough: Sierra Entertainment seems to be prepping for some sort of comeback, after shutting the doors back in 2008.

Word of the potential revival comes from the company’s long stagnant landing page, which now hosts an all-too-brief (and detail light) teaser trailer:

Besides the trailer, the only thing on the page is a promise that more details will be shared at Gamescom, a gaming convention happening in Europe late next week.

The original Sierra built some of the most loved series of ’80s and ’90s — titles like Leisure Suit Larry, Mixed Up Mother Goose, Quest for Glory, Space Quest, and the aforementioned King’s Quest. By the mid-90s, they were primarily a publisher, helping games like the first Half-Life reach the light of day. By the mid-2000s, after major financial woes and massive layoffs, the company was a shadow of its former self.

What was left of the company was merged into Activision in 2008, with rumors suggesting that Activision was considering selling the brand. Considering the “© 2014 Activision Publishing, Inc.” at the end of the trailer there, it looks like they hung on to it.

The biggest lingering question: can this really be “Sierra” in anything beyond its name? While that name alone is enough to strike the chords of nostalgia in anyone who grew up at a keyboard through the 80s and 90s, it’s important to remember: people move on. Sierra has been gone for almost half a decade now — and many of the company’s most iconic members (including co-founders Ken and Roberta Williams) had stepped away long before then.