Software developer and designer Anand Sharma started tracking everything about himself in March, including how many steps he takes in a day, the distance traveled, how he traveled there (bike, walking, plane, etc) and even how many GitHub commits or Instagram uploads he’s made throughout the day.

The idea seems to have been bubbling for a while. Sharma left his job as the design director at Quizlet in April. As he tells it, 104 days, 9 countries, 60 cities, 1280 commits and 14 burritos later, April Zero, the site he built to track everything about himself and display it to the world, was born.

Sharma uses various apps on his phone such as Nike+, FourSquare and Moves to track it all. He even made an illustration of how it’s laid out and put it up on April Zero so we can see how he organizes. As he says on the site, “I’ve measured my heart rate 494 times and typically it beats 69 times per minute. In the past 130 days, I’ve pushed 1,494 commits to this site, gone on 32 runs & eaten 15 burritos.” The man loves his burritos. 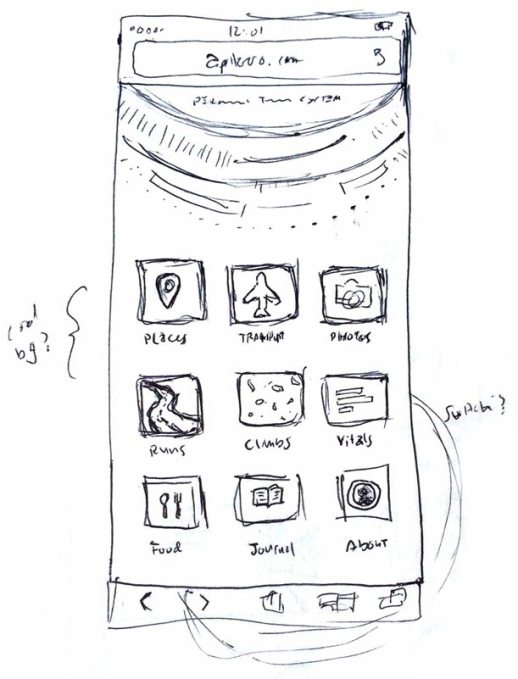 Everything he tracks for health on a daily basis:

Everything else he’s tracking about himself every day:

Things he tracks that are not up for public display just yet:

Sharma was enjoying a little R&R in Arkbar when I reached out to ask just why he would go to the trouble of tracking all of this and displaying it up on the web for the world to see. He told me candidly, “Knowing that my activity is being tracked and published to the world has been a really great motivator to do interesting things or try harder. Especially for things like whether to go running, or how fast/far I go. If no one else was watching I might cut corners, but now I feel like I’m being held accountable, like I’d be letting down my visitors and friends otherwise. I also found myself going out a bit more, and to more interesting, diverse places. Earlier this year I would go to the same burrito place 5 times a week; it was delicious. Now I find myself trying to mix it up for the benefit of the historical record.” 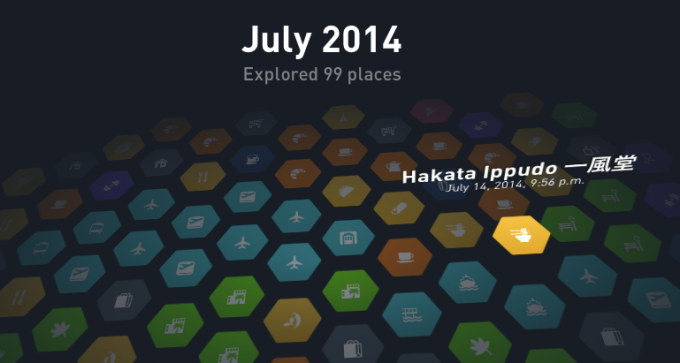 He also said it was helping him to make overall better decisions. Sharma illustrated this with how he’s been tracking his vitamin level. “My Vitamin D is low right now, so I know I need to spend more time in the sun and not forget to take my vitamins. I think I’m so used to seeing things on digital interfaces that it has become the way I most easily think and process information. And seeing it change in response to things I do creates a great feedback loop,” Sharma told me.

He says the visuals and daily tracking work better because data is often a bit different from our memory, which is much more selective and limited.

“Finding the right balance in a world where there is never enough time and everything is trying to get your attention is really hard, and this helps make it a bit easier.” 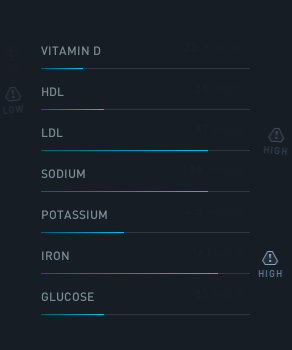 He also looks at and tracks all the locations he’s been to, travel between those places (walking, driving, flying, boat, etc.), how long it took, how far he went, and even the route he took to get there.

“My location is the biggest thing I track and the backbone for all the other data,” says Sharma. “It gives everything context where otherwise it would just be a bunch of disconnected stats.”

All that is well and good for one man, but Sharma hints of a bigger plan down the road. He’s building something he calls the Gyroscope.

“Basically Gyroscope is version 2 of what I’ve made already,” Sharma says. “Since launching [April Zero] I’ve gotten hundreds of messages from people asking how they can get their own, many of them not in the Valley, wanting to pay money for it. After seeing it in action and playing with live data I think a natural response has been “Oh yeah, I need this.” 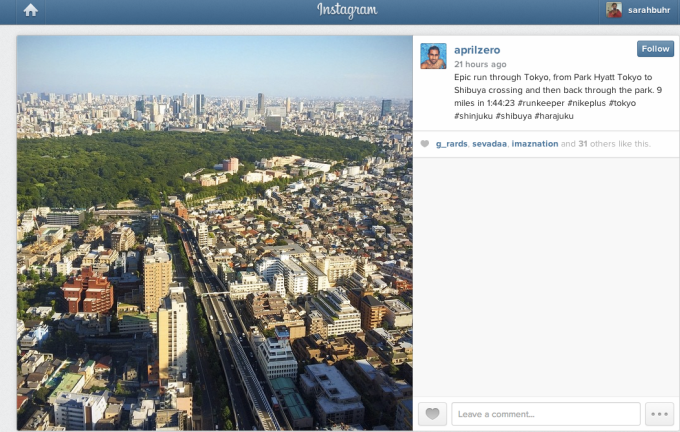 He tells me the actual implementation will be very different for most people. “Most people don’t care at all about rock climbing. Many people don’t code or have Github commits. These were things that made sense for me specifically,” says Sharma.

The underlying vision for him — to measure, visualize and understand the things you personally care about — applies to everyone. “No more needing to go out and buy a 100 dollar bracelet or something to get started. It’s a much better experience to tell people to instantly download a free app than buy something and wait a week for it to come,” he tells me.

Sharma still needs to figure out a few things like privacy and security while he builds the Gyroscope. “I’ve made all of my info public to the whole world, but of course I don’t expect others to do that,” Sharma says.  But he also believes in the power of sharing personal information, like he did. “Imagine some of your friends were easily able to see what you did yesterday or whether you’ve been in a good mood lately. I want to make tools to be able to easily share with trusted friends while still maintaining privacy, especially for the more medical and sensitive stuff.”

The timeline from April Zero will be one of the core components of Gyroscope, according to Sharma. He also hints at the inclusion of more diverse and interesting data options. A little something that could be customized to everyone, individually perhaps? Some things are still in just the ideas phase for now, it seems. In the meantime Sharma plans to continue updating us with the latest in his resting heart rate, last dive pic and where in the world he swung his kettle bell last. Looks like he’s now in Tokyo, according to the site.