“It makes what’s on Snapchat look old”. That’s the glowing review one teen gave Sup, a new app that lets you video stream your life to a friend 10-seconds at a time. But the hook is that they tell you what direction to turn or walk, morphing you into a video game they’re playing. Built by the fled founders of Yahoo acquisitions Stamped and Milewise, and backed by Khosla Ventures, Sup introduces a new mechanic to social media: Interactivity. No more being a spectator of your friends’ lives. Sup hands you the reins.

Here’s how the iOS app works. You send a Sup request to one or a few friends, inviting them to turn on their phone’s camera and starting showing you their life. If one accepts within five minutes, you get pinged back saying they’re ready to Sup. Re-open the app and you’ll then get a silent, live video feed from them that lasts 10-seconds, but you can tap “Mo’ Time” if you don’t want the stream to end.

During the Sup, you can swipe left, right, up, or down to direct them where to walk or point their phone. A selfie button lets you request they flip the camera on themselves, and you can thank or instruct them with overlayed emoticons like smile, kiss, devil, flex, and dance. While the video can be a bit low-fi at times, similar to Snapchat, recent advances in LTE and 4G connections, battery life, and camera quality make now the first time something like Sup could actually work. 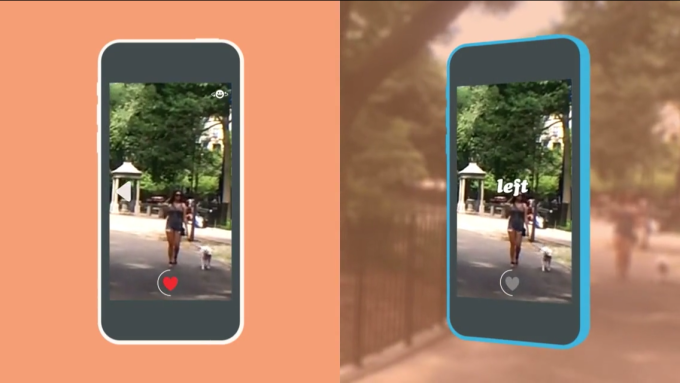 “At first we thought we were a video company, and then we realized we were a teleportation company” co-founder and product designer Anthony Cafaro tells me. Sup’s goal is to immersively transport you wherever your friend is. That’s why the startup has Being John Malkovich posters up around its office. Co-founder and CEO Bart Stein says Sup can make you feel like you’re shooing a movie. “Your contact list is the list of actors, you become the director.”

You never quite know what’s on the other side of a Sup. It could be something exciting like your friend on a bustling street or at a party, or it might be something mundane like them at work or chilling at home. With the interactive element, I’ve tried to get friends to climb into their washing machines or descend their fire escapes, and they’ve made me pet my cat Kerfluffle and skateboard into pedestrians.

From The Ashes Of Yahoo Acquisitions

To build Sup, Stein and Cafaro left the aging tech giant a year and a half after their recommendations app Stamped became Marissa Mayer’s first big acquisition. Stein founded and was leading Yahoo’s New York product office that Mayer dreamed up. Fellow Sup co-founder Nick Meyer departed Yahoo just a year after his frequent flyer assistant startup Milewise was bought. The fact that acquired founders are ditching Yahoo before their two-year cliff is a distressing sign for how Mayer’s product culture is shaping up. But Yahoo’s loss is Sup’s gain. 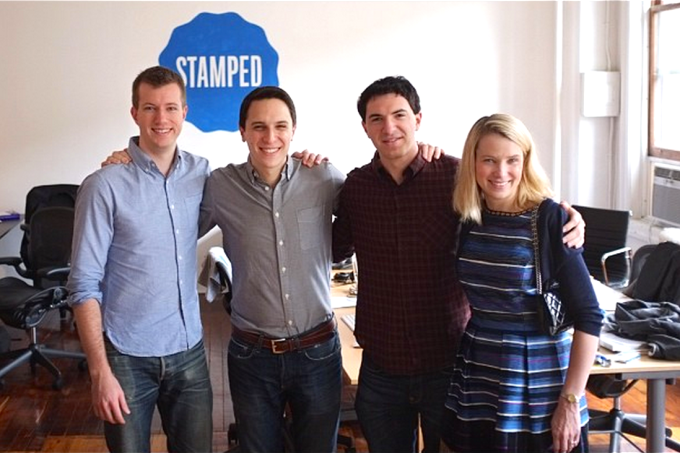 The original “janky prototype” of Sup took just 3.5 hours to build, so a flashy launch didn’t feel right. Instead, Sup quietly raised its entire seed round from Khosla Ventures via partner Keith Rabois earlier this year and launched in the App Store two months ago. Stein said across all the fundraising he’s done for startups, he’s never seen VC partners giggle like Keith Rabois and the Khosla gang did. He knew he was on to something.

Interactivity Is The Next Social Frontier

Sup’s been growing 50% week over week since it launched because Stein says it’s “real-world viral” — people see you running around with your phone outstretched executing the commands of your friends, and they want to know what they hell you’re doing. It already looks silly on the smartphone, so maybe Sup could be a killer Google Glass app. 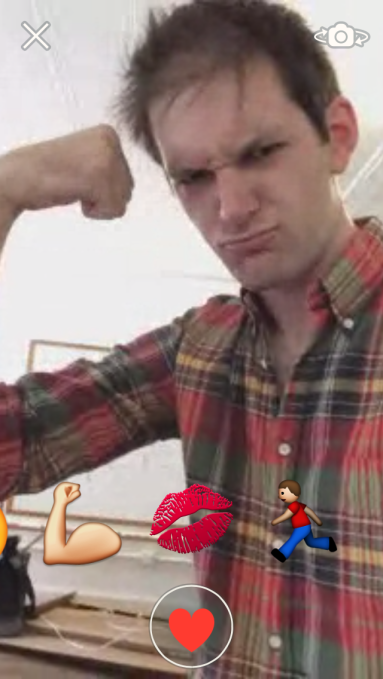 While this version is all about Seeing what’s UP with your friends, soon Sup will be adding in the ability to Sup a location and get connected to the nearest user who wants to stream with strangers. Stein explains “The vision behind the company was to build a platform for live video streaming from anywhere in the world.” Stein says Sup is reluctant to allow one-to-many Sups because “you only truly feel agency” when its one-on-one. But perhaps down the line it could let a crowd’s consensus control the action, like in Twitch Plays Pokemon’s democracy mode.

Sup’s novelty might wane with time, but they said the same thing about Snapchat’s self-destructing photos. Just as ephemerality has proved itself an enduring style of social media, I think the interactivity demonstrated by Sup could be here to stay. “It’s very different. There’s a lot more that makes us human than seeing something. It’s freedom and control” says Stein.

With traditional social apps, you sit back and wait for content to roll into a feed, or for unsolicited messages to barge onto your screen. With Sup “You ask for the content” and can stop streaming or watching the second you get bored, says Stein. “There’s nothing you don’t want to see.”