Can social bookmarking make a comeback? In the web 2.0 era, services like Delicious and Diigo were at the height of their popularity, as sort of pre-cursors to the more specialized social networking platforms that later evolved as better tools to save and share specific kinds of media: Pinterest, for inspirational imagery and links; We Heart It for photos; Twitter for news-y links and public conversations; SoundCloud for music; etc.

A newcomer called Soulmix, however, is daring to give bookmarking another go with a service that lets you build personal archives that can be shared with others.

Founder Alex Shye, a former researcher at Qualcomm, acknowledges the risk in building something like that.

“With sites like Kippt, Icebergs, and Delicious being acquired, this space seems like a dangerous place to be,” he says. “And sites with extensions don’t fare well, with Pinboard and Pinterest being the exceptions – and both have taken completely different routes,” Shye adds. “To be honest, the only thing I know is that I still want something great in this space.”

Basically, it sounds like he wants an improved version of those old-school bookmarking sites. And to be fair, some of his competitors’ may have been acquired, but they’re not dead yet.

The difference between Soulmix and others, Shye explains, is that many treat bookmarking in a “sterile way.” That is, they just show a list of links. “I don’t want to read through my links, much less explore someone else’s links like that,” he says. 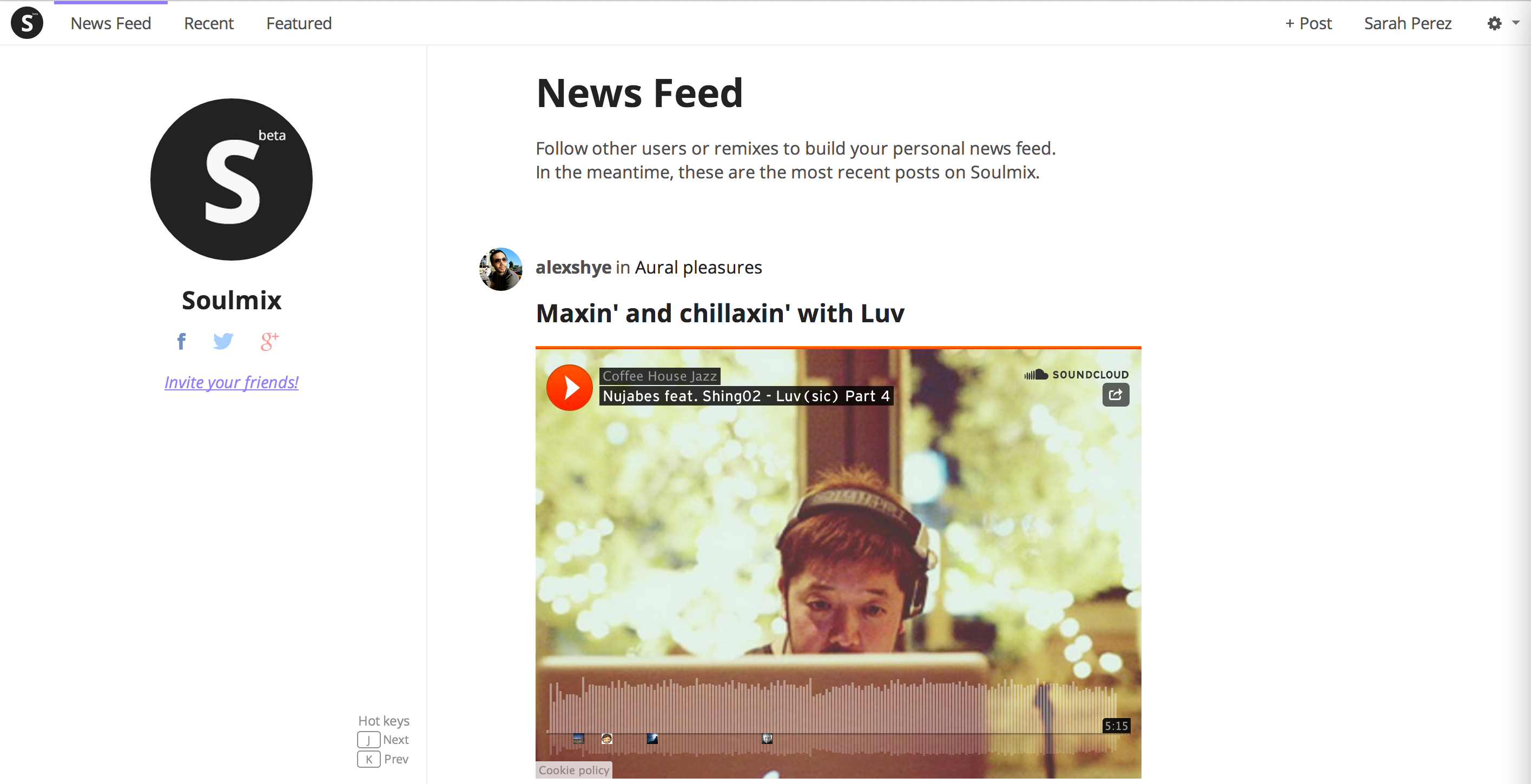 On Soulmix, the goal is to make bookmarking more expressive, in a way that feels more like a cross between a personal blog and a bookmarking site, perhaps. Currently, the service supports embeddable media – that is, if the content you’re saving comes from YouTube, Vimeo, TED, Yahoo Screen, Funny or Die, Twitter, Instagram, Vine, Slideshare, or Soundcloud, Soulmix will automatically embed the media for you when you share.

You also have the option of adding a title and an up to 1,000-character note along with your post. Links are saved to collections called “remixes.” These can’t be set to private, which has the result of making the site feel more social and less utilitarian – though also means that users doing more private research will simply return to their browser’s bookmarks feature, which, according to reports is about to get a big upgrade on Chrome. 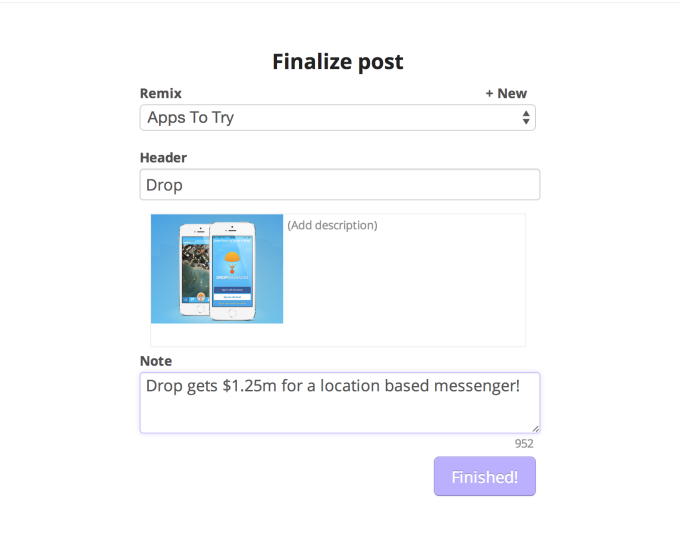 The Soulmix site itself is simple but unpolished. It comes across as the very early stage (bootstrapped) startup it is. There are a few too many steps in saving a link or image via the optional Soulmix browser extension, and a few too many follow-up emails afterwards, noting that so-and-so liked your post or began following you. These aren’t notifications about your friends’ activity, to be clear, because there’s no social network integration at this time (like Facebook Connect, e.g.), so these emails don’t have much value.

Soulmix was previously featured on Product Hunt, where Syhe explained that the service actually grew out of earlier efforts to build a community related to sharing and curating content around a specific theme (“living the good life.”) Along the way, he realized what he wanted was really a more general platform for curating anything he found on the web.

The site previously has been in private beta testing with a handful of users, but is now open to the public as of today.