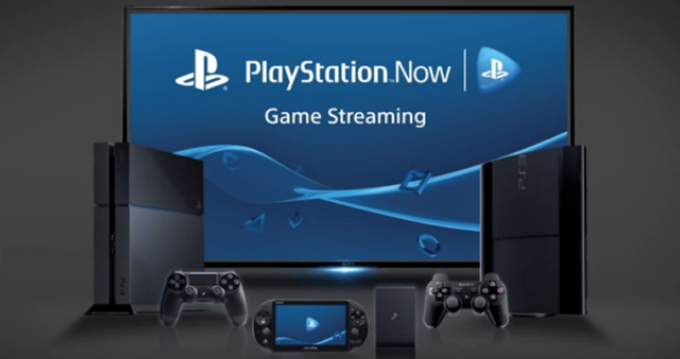 This week, both Electronic Arts and Sony revealed or began to roll out new services that have been described to various degrees as “Netflix for gaming.” That description, while catchy and useful for getting the gist of what each does across, doesn’t really capture the impact that either service could have based on how they will actually be used by customers or their underlying business models.

EA announced a subscription for the Xbox One called EA Access, which would let gamers pay $4.99 per month (or $30 per year) to play a limited selection of the publisher’s titles for an unlimited amount of time — and you even get to play some titles early, though you still have to buy them after a trial period.

Sony, on the other hand, rolled out the beta for PlayStation Now, a service that lets you play PlayStation 3 games on the PlayStation 4 (and other Sony devices later this year) by streaming them from Sony’s servers like interactive videos instead of downloading them onto your device.

PlayStation Now isn’t a subscription service. While it lets you jump into a game instantly, you have to pay for access to each of its 100+ titles individually. Prices start at $2.99 for four hours of gameplay, with 7, 30, and 90 days available as longer-term options. Pricing also varies by game, so some might cost $3.99 per week while others cost as much as $14.99 for the same length of time.

Several gaming blogs have complained about the pricing structure, noting that it seems kind of ridiculous to pay up to $29.99 to have access to a game for 90 days when you could buy the game used for $20 and keep it forever. For its part, Sony has managed to brush away most criticism by noting that PlayStation Now is only in beta and that it is working to bring a subscription option to the service at some point in the future.

While EA’s subscription service won’t offer as many games to start as PlayStation Now, it makes up for it by letting subscribers play newer titles and even get access to some games early. To start, it’s offering the current Madden, FIFA, Battlefield, and Peggle games; the trial versions of the next Dragon Age and EA’s upcoming sports titles are slated to come next. If you didn’t already buy all four games currently available, EA Access’s $30 yearly price seems like a decent enough deal considering the stubbornly high prices of Xbox One games.

If you were hoping EA’s subscription would include unlimited access to their newest games, the current “blockbuster” video game business model just doesn’t allow for it. Just as Marvel cranks out superhero films like clockwork, EA has to release a new Madden on schedule every year. Across its sports titles and flashy shooters in the Battlefield series, EA has numerous reliable hits. It simply can’t afford to give several of them to gamers every year for less than the price of just one.

It’s not easy for EA to offer much of a backlog as part of its subscription either. Both Sony and Microsoft shifted to a PC architecture for their latest consoles, so it isn’t easy to get their games from the PS3 or Xbox 360 onto their successors. You either have to rebuild the game for the newer consoles, which would be a significant effort because games are generally heavily modified to get better performance on a console’s specific hardware, or “emulate” the older console in software, which significantly hurts performance.

To give you an idea of how hard that is, the only reason PlayStation Now is able to offer PS3 games on the PS4 is by running those games on what are essentially racks of PS3s in a data center, and they need to have one console in a rack per person playing at any given time. If Sony can’t get decent performance through emulation (which would be much less expensive than their current implementation) on its own hardware, it’s unreasonable to expect EA to have much luck with that route.

It seems pretty likely that Sony can eventually offer a subscription plan for PlayStation Now that includes instant access to a decent portion on the PlayStation backlog. The economics and technology don’t seem to be there for EA to do the same for its older games for at least the next few years.

Going over the factors involved in Sony and EA’s efforts, I couldn’t help but think of another company that really should introduce a similar service: Nintendo. The company has let gamers buy titles from older consoles as individual downloads since the original Wii was released in 2006, and its backlog of beloved games goes back three decades. A subscription service for the Wii U with a big marketing push behind it could bring a lot of attention to the floundering console, and in the long term Nintendo could transition into an actual “Netflix for gaming” if the console market collapses under pressure from smartphones that we all upgrade annually.