Cannon Mills was a textile company that stood on the edge of the blue-collar town of Kannapolis, North Carolina for over 100 years. The company employed more than 16,000 town residents at its height, but in 2003 Cannon Mills was forced to shut its doors forever, laying off about a tenth of the town’s entire population, all in one day.

What was once a tragedy for Kannapolis might just hold the key to one day solving diseases like cancer or fibromyalgia… And the town could soon be a big part of Google[x]’s new project Baseline.

Baseline, the new clinical research study out of Google[x], intends to take a look at 175 healthy people’s molecular structure to determine just what it means to be in a state of perfect health. These volunteers will give up blood, urine and other materials as well as have their entire genome sequenced.

For the past seven years, Duke University has been already gathering those same molecular materials from a quarter of the 44,000 residents in Kannapolis. 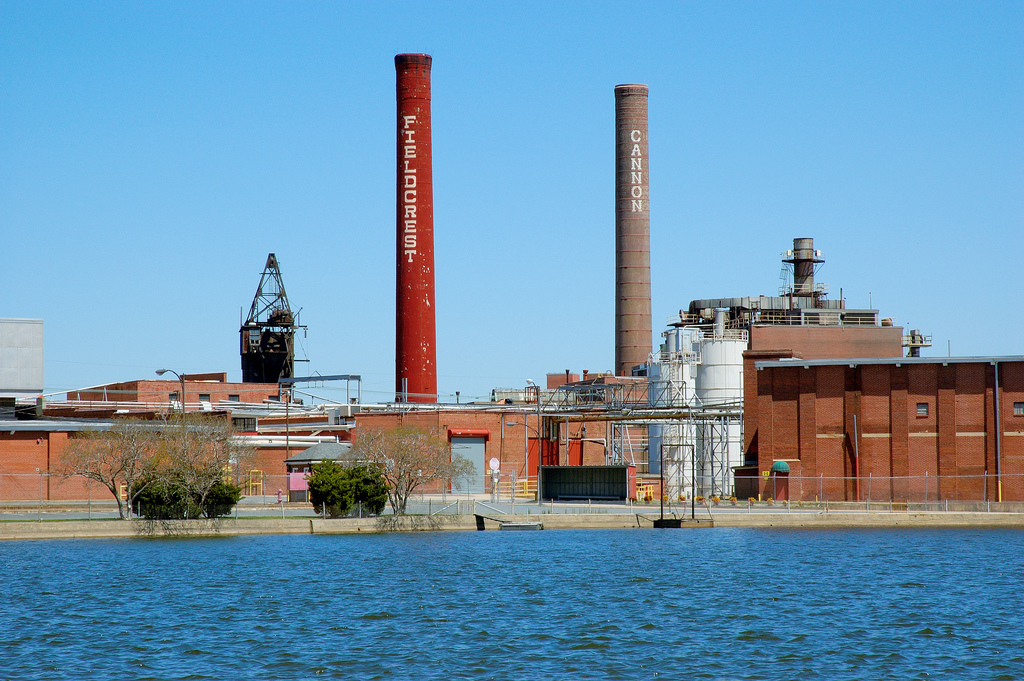 Financing The Future Of Health

Known as the Murdock Study, the Duke University-led project is sponsored by a 91-year-old eccentric Los Angeles billionaire by the same name, David H. Murdock. This nanogenarian pretty much has cornered the world’s fruit supply.

Murdoch is the chairman of Dole Food Company, the largest producer of fruits and vegetables in the world. He also just happens to be obsessed with life extension research. Murdock came in and bought Cannon Mills at auction seven years ago, pulled in the Duke Translational Medicine Institute, and turned Kannapolis into a $1 billion mecca for biotech.

Word is that Murdock’s a bit of a brash eccentric, eating mainly fruits and vegetables and racing 35 year olds up the stairs. He demolished the old mill and erected the 350 acre North Carolina Research Campus in its place. The mural of a giant fruit basket and an eagle adorn the front of campus in his honor. The eagle is said to be him, soaring free through the air. 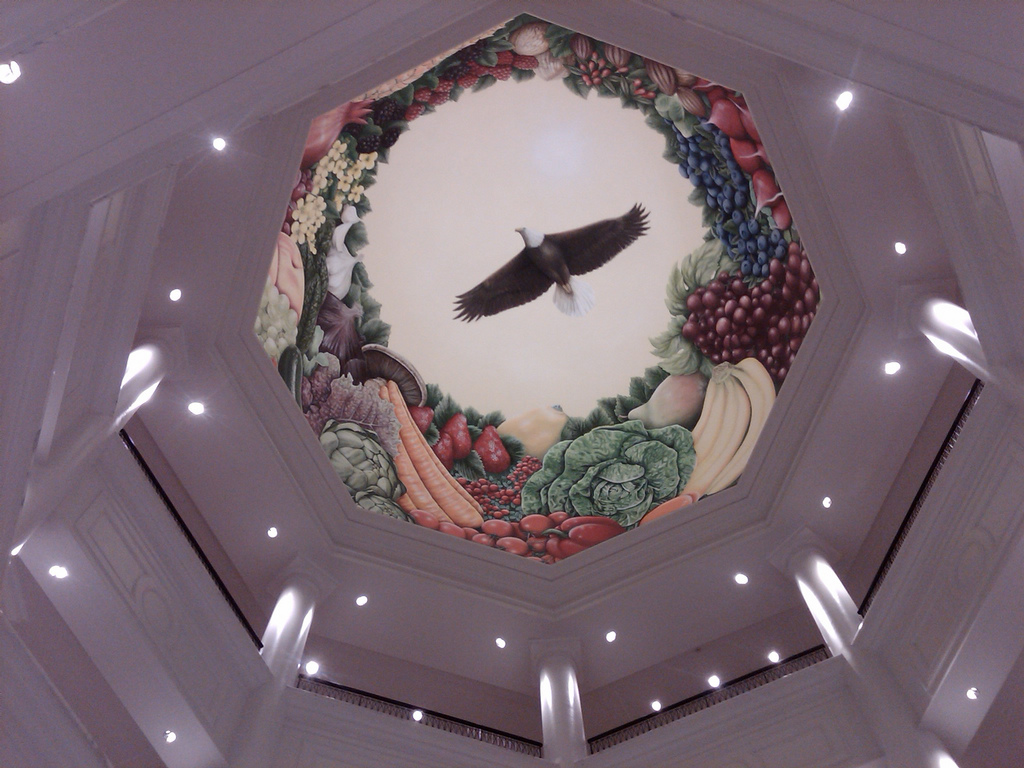 Murdock gave $35 million of his own money to kick off research efforts for this study back in 2007. Now a 40,000-square foot biobank hosts the genetic materials from nearly 11,000 of the town residents who’ve opted into the Murdock study so far.

The new lab employs just 600 workers, though according to campus development over 5,000 townsfolk will eventually be employed there as well. Most of the workers currently at the facility hold doctorate degrees.

Meanwhile, a majority of the residents who were laid off at the mill back in 2003 were in their late 40’s and had little more than a high school education. They ended up taking jobs at the town’s then newly built Wal-Mart.

Regardless of Murdock’s quirks, the town seems pretty grateful for his contributions. Both the Kannapolis website ThinkKannopolis and the mayor pay major homage to the research campus. And just ask those scientists on the research study and you get the sense Murdock’s money saved the town.

Residents get paid $30 to $250 and up to participate in the study. It’s not enough to live on, but it’s something for a former textile town with a majority of workers now earning their living in social assistance and retail services and 10.5% of the per capita population living below the poverty line.

While Baseline has just started its search for the perfect human subjects, the Murdock study has been gathering three tablespoons of blood and urine, family medical histories, and DNA from each participant for closer to a decade now.

“It may sound counter-intuitive, but by studying health, we might someday be better able to understand disease.” — Andrew Conrad, head of Google[x]’s Life Sciences team

During this time, the cost of DNA sequencing has dramatically decreased — sequencing one person’s genome used to cost $100,000 but now it’s more like $1000. At the same time, labs now have access to software algorithms and more computational power, while molecular measurement tools now give deeper insight into what is going on internally.

The majority of all its human samples still sit neatly side-by-side at the Kannapolis campus, waiting for a potential discovery into optimal human health.

Meanwhile, back at Google, Andrew Conrad leads the Google[x] Life Sciences team. He actually helped set up the Murdock study in 2005 and is now heading up Baseline. He’s been consulting heavily with both Duke and Stanford Medical Schools during the initial pilot phase of the program.

Grand biomarker studies have been done before, but Baseline’s focus is on detecting changes at the molecular level before there’s a full-blown disease.

“It may sound counter-intuitive, but by studying health, we might someday be better able to understand disease,” says Conrad. “This research could give us clues about how the human body stays healthy or becomes sick, which could in turn unlock insights into how diseases could be better detected or treated.”

The personalized medicine market is already at $232 billion and is expected to grow 11 percent annually, according to PriceWaterhouseCoopers research. That market includes a $42 billion chunk in gene-based therapies by 2015.

Google[x]’s plans for Baseline to go a step further and carve out a spot in personalized medicine that predicts and corrects any unhealthy changes in the human body before it happens.

Google says the information from Baseline will be completely anonymous. However, it will sequence each volunteer’s entire genome, which could theoretically be traced back to any subject even without matching the subject’s name and other information.

Meanwhile, the Murdock study only sequences the genome of centenarians for now. The purpose is to discover why this small portion of the population tends to live so much longer than everyone else. Murdock, by the way, plans to live to 125 himself. 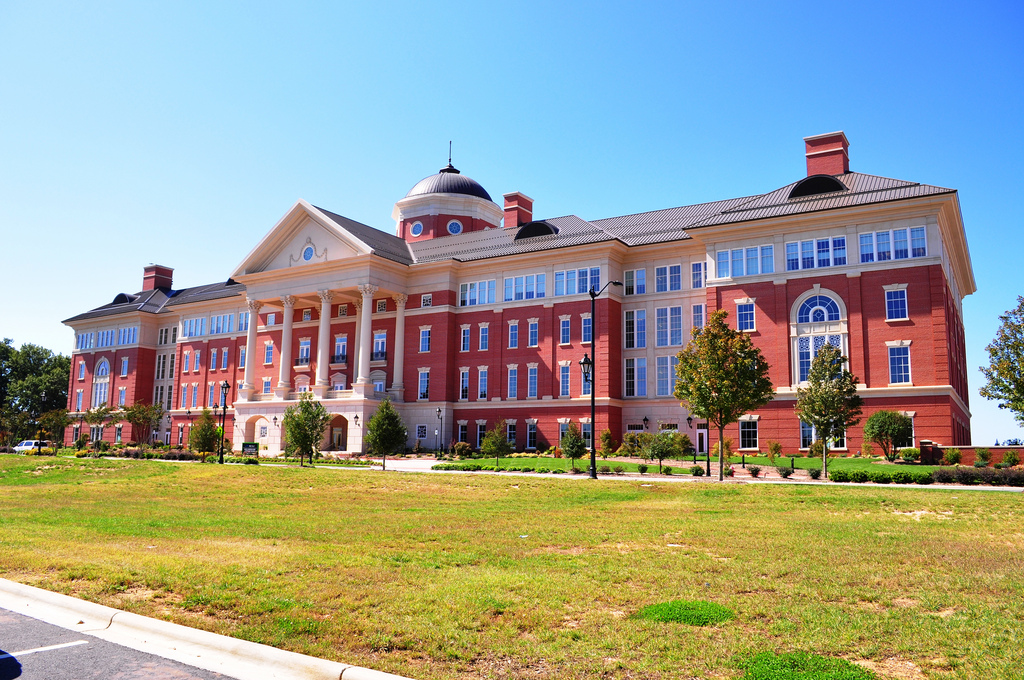 North Carolina Research Campus on the site of the old Cannon Mills, Flickr

The Google[x] Baseline project came knocking at Duke University’s door at just the right moment, according to Dr. Rob Califf. He’s the head of the Duke Translational Medicine Institute and is heavily involved in the Murdock study. He’s also listed on Google[x]’s Baseline consulting team.

“We were able to get the funds from Murdock to start us out right. Now this project with Google opens wide the doors of possibilities,” says Califf.

It’s still early days for Baseline, but Califf confirmed the Murdock study and its participants will fold into the Google[x] research at some point. He says combining forces will speed the pace of clinical research and enable the development of new tests and techniques for detecting and preventing diseases like cancer.

The 175 chosen members in the initial Baseline study are surely aware of how their data may be used, but the residents of Kannapolis were most likely unaware that those three tablespoons of blood and urine would be a part of this research. They definitely didn’t think it would ever reach the halls of Google.

Califf is upfront about the potential for abuse of this info, particularly if it’s used for insurance or employment purposes. But he says it’s different when it’s for science and potentially eradicating diseases like cancer. He mentions campus researchers will be sure to do their part to inform the town of Kannapolis just what their information will be used for and get further permission for other tests in the coming months and years of the project.

Though nothing is set in stone on when or how things will move forward, Califf marks November as the possible time frame for his team to roll up their sleeves and get to work with all those Kannapolis samples. They’ll then be able to determine which subjects fit whichever category they are looking for, get further consent, run some tests, and then send the data along to the folks at Google[x].