When it comes to keeping track of money for classroom expenses, collecting cash for field trips is just the tip of the iceberg. There are several common issues that every teacher faces when it comes to money, or lack of money, in the classroom. And most stem from how it’s managed.

Today, ClassWallet is launching out of private beta to offer up a better way for teachers to collect, manage, track, and even spend discretionary money for the classroom.

ClassWallet was founded by Jamie Rosenberg, an attorney turned edtech entrepreneur. Previously he had founded the well-known Adopt A Classroom, which in the past 13 years has raised and distributed over $25M to 150,000 classrooms.

In Rosenberg’s experience, whether a teacher is raising money for supplies, collecting money for a field trip, or receiving funds from a grant or the district itself, putting the money into an appropriate account, making it accessible, and tracking it all become major pain points.

For example, last year, the Jacksonville Teacher of the Year won a $500 grant from a local education fund. In order to distribute the funds, the Foundation wrote a check to the teacher. To use the funds for her classroom, the teacher had to submit the check to her school, which in turn submitted it to the district, which deposited the money in a bank.

Now the teacher has two options: Either spend her own money and submit reimbursement, which follows the same teacher to school to district and back process; or she can request a purchase order for the supplies she would like to purchase.

What’s more, according to Rosenberg, is that legislation in education has been following a “movement among thought leaders to push decisions closer to the child.”

While this may mean students getting supplies and tools more inline with their needs, the paperwork headache is likely to get worse for teachers. The process as it stands now can take two months and cost more than a few erasers to complete.

ClassWallet was built to streamline this workflow and has a lot of useful bells and whistles built in. In the same grant scenario, the Foundation submits the check directly to the district who deposits the money into the teacher’s Class Wallet. Voila, money accessible. 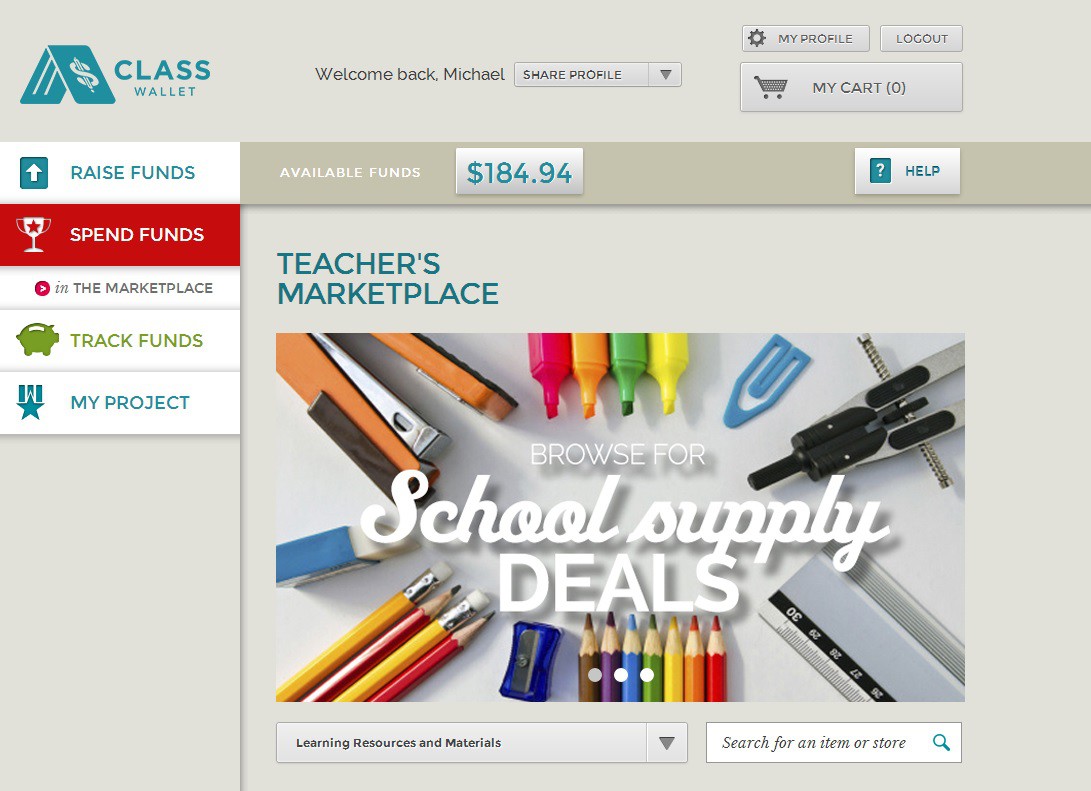 From there, the teacher can purchase from vendors directly in the application. ClassWallet has partnered with Best Buy, Office Depot, Scholastic, School Specialty, Carson Delosa, and others to give teacher easy access to any and all supplies they may need.

ClassWallet also recognizes that not all purchases are made online. For offline purchase, ClassWallet enables teachers, through a partnership with MasterCard and Verifone, to move money from their ClassWallet account to a prepaid MasterCard that can be used for things like field trips.

All transactions are tracked and can easily be exported as a PDF to share with school or district administration. Teachers are able to set up fundraising campaigns, message and thank supporters from inside the platform.

ClassWallet has had 500 teachers in its invite-only beta for the past few months, and their takeaways are clear. Every teacher has the same problems, regardless of district, state, grade level, or years of experience.

One of the major challenges of edtech is selling into the education system, which is notoriously strapped for money. There are plenty of apps and tools that teachers love but districts are unable or unwilling to budget for.

ClassWallet hopes to avoid that fate by providing a service that saves significant time and money, creating a “need to have product” for the education system in the same way Clever has. The founding team’s experience and network from Adopt a Classroom should play a role as well.

ClassWallet recently joined TechStars–Kaplan accelerator and ramping up to serve the upcoming back to school season. 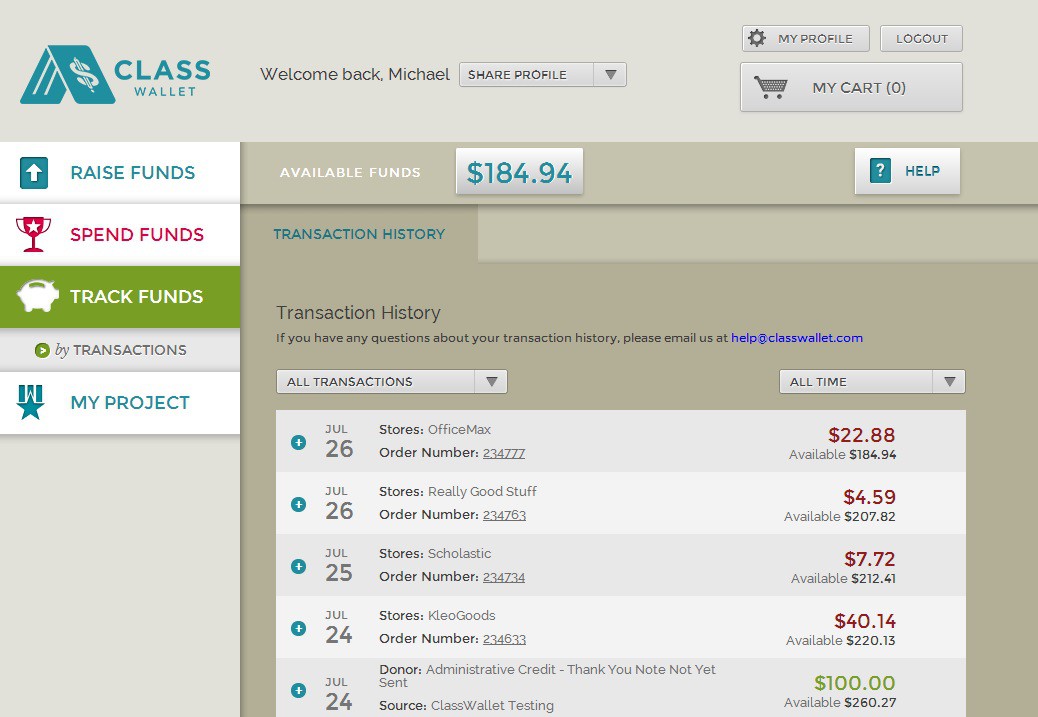