Aimed at providing teachers with educational materials by making them open and competitive, OpenCurriculum, which launched in Pittsburgh, curates and organizes material from sites such as teacher blogs and lesson material publishers. Teachers can create lesson plans and more through OpenCurriculum.org.

In its effort to provide high-quality learning and an openness in K-12 education, OpenCurriculum released a 5,000-document library on its website for math teachers to use as lesson materials. Anyone can use the material on the website without logging in, but to get access to tools such as the lesson plan builder, you need to create an account. The tools aren’t tailored for a particular subject matter.

OpenCurriculum’s tools are used by about 6,000 teachers and users every month. With the tools from the new library, about 20 teachers who were in beta with the library found that teachers are saving 50 percent of the first-time lesson planning and 20 percent of lesson plan revision time. 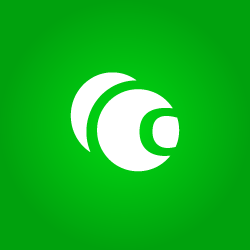 The library, which took three months to curate, is now live on the website and is tailored to the lesson plans for the Common Core mathematics, as founder and CEO Varun Arora says the nonprofit wanted to focus on one subject first.

If the library is established as being beneficial and scalable, he said they plan to move to other subjects.

“We want to really nail this, because our competitors tried to do the same thing but they tried to go really broad and they do a shitty job in every department, so we said let’s just nail mathematics. We’re really connected to the math community across the U.S.,” he said.

Arora says the majority of OpenCurriculum users are from the U.S., but many English-speaking countries such as the U.K. and Australia are using the website as well. Eventually, he plans to expand the program into other countries.

The company, which is one of Y Combinator‘s graduates from its first nonprofit class, raised investments from Y Combinator, Points of Light Civic Accelerator, ITU, Carnegie Mellon University’s Institute of Social Innovation and Thrill Mill.