Ad platform RadiumOne and its former CEO Gurbaksh Chahal have issued a joint statement that is intended to “bring an end to all disputes they have had.” RadiumOne removed Chahal in April following media criticism of his guilty plea for charges of misdemeanor battery and domestic violence battery.

“The Board did not intend to hurt Gurbaksh,” the statement reads. The words “sorry” or “apologize” weren’t used, but the joint statement says the two parties have resolved their dispute.

Though it’s not explicitly stated here, the language suggests that this could be connected to some undisclosed settlement behind the scenes, such as RadiumOne agreeing to compensate Chahal for his termination.

“This statement released today reflects an agreement between RadiumOne and Gurbaksh Chahal to bring an end to all disputes they have had,” the statement begins.

The announcement could draw criticism to RadiumOne; many supported its decision to banish Chahal after police said they had a security video of him hitting his girlfriend 117 times on August 5, 2013 (the video was thrown out of court).

The company also notes: “From its inception in 2009, RadiumOne grew tremendously, and quickly became profitable and valuable, under the leadership of its founder and last CEO, Gurbaksh Chahal.”

This contradicts the internal memo from RadiumOne attained by Re/code after Chahal was fired. That memo said: “Given recent developments, it became clear that Gurbaksh’s ability to lead the company had been severely compromised by the legal proceedings and ensuing developments.” 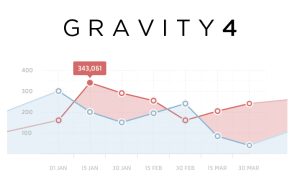 After being fired, Chahal vowed that he would seek vengeance against RadiumOne, explaining “You have left me with no other options but to seek legal recourse. And, now will have to face severe legal consequences individually for this in the court of law.” Today’s statement indicates he’s no longer suing. That could mean that RadiumOne agreed to settle with Chahal. With the company trying to go public, it may have thought it was better to remove uncertainty and quash the legal attack with a cash or stock settlement rather than letting it loom over the IPO.

Chahal is now working on launching a new startup called Gravity4, which is a marketing platform for handling all sorts of programmatic and real-time bid advertising plus analytics from one piece of software. Unfortunately, the sullied reputation of its founder may make it tough to get off the ground.

The full joint statement is below: