What’s particularly curious about the acquisition and the wider strategy it speaks to, however, is that this is the second time Bigpoint, which has a legacy in desktop browser-based gaming, has set up a mobile studio, only to shutter its first attempt in mid 2012, citing the difficulty of monetising on mobile as the reason.

So, what’s changed? In a Q&A, Bigpoint‘s Khaled Helioui — who became CEO a little over a year ago after founder and previous CEO Heiko Hubertz finally stepped down — tells me it wasn’t just an issue over monetisation, but also mobile “platform and audience maturity”. This saw developers initially favour pay-to-play or make attempts at a free-to-play model based on in-app purchases that saw them integrate “severe pay-walls that drove customers away.” Or try to find the right balance between the two models, which didn’t always scale.

Since then, Helioui says we’ve seen the emergence of a few blockbusters “driving a massive evolution of the mobile ecosystem,” noting that 85 percent of the top grossing apps today are games. This evolution, he says, has come from an increase in quality content, and smarter and more innovative monetisation models, although he notes that the most successful titles are still concentrated in a couple of genres.

Either way, Bigpoint clearly feels now is the right time to jump back in (although it had already been quietly working on a couple of new mobile titles out of its Hamburg HQ) and this bigger bet is being placed via the acquisition of Little Worlds Studio, which, Helioui tells me, is more of an acqui-hire rather than IP, with the main focus being on the “development of new and original content.” 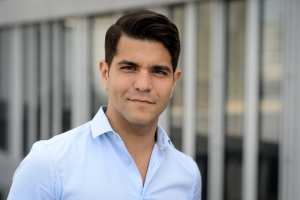 Following the management change of two years ago, the company went through a reorganisation which notably included an overhaul of our game development practice. The decision to stop mobile development was perceived as counterintuitive back then, rightly so considering the market trends, but we needed to focus our talent on our existing portfolio and rebuild the processes we then lacked as a foundation to develop better titles. We also recruited a number of key roles from Riot, CCP and Relic to strengthen our PC pipeline and increase the quality of our content. We then felt much more comfortable addressing a new platform and started earlier this year the development of two mobile games in Hamburg. Again we are focusing on developing great games, privileging quality over quantity. We have already recruited a number of mobile developers but still felt like we needed to start or acquire a studio whose sole focus would be on mobile. Little Worlds filled all our criteria.

Are you buying Little Worlds for the IP or creative talent?

First and foremost the talent. Little Worlds has over 10 years of experience developing games across a diversity of platforms and has been focusing on mobile for the last four years. We definitely see potential in their existing IPs, notably Color Cross and Mana Crusher, but the main focus is going to be on the development of new and original content. We feel the team has historically lacked the experience in analytics, monetisation and distribution to reach commercial success but we can bridge this with our 14 years of experience as a publisher. We also see this acquisition as the opportunity to start a new development hub for us entirely focused on mobile, with a cohesive and committed team as its foundation.

Zynga recently acquired Natural Motion to effectively re-boot as a mobile gaming company. Is that where Bigpoint is now heading? Any thoughts on the Zynga acquisition?

Unless you are targeting uniquely a core audience, like League of Legends and Dota are doing, it is going to become increasingly difficult to acquire and retain a large user base without being able to address them on mobile. Nevertheless, we are not as much transitioning to mobile than expanding there. Unlike Zynga our portfolio is predominantly core and mid core and we still see a lot of potential and demand for quality content via PC gaming in these categories.

On the casual front though, Zynga’s bread and butter, it has become impossible to matter without having a mobile presence. With Facebook’s audience migration to mobile Zynga had lost over 60 percent of their user base, they had no alternative but to transition. Natural Motion’s acquisition made sense, it was one of the highest quality mobile developers with a proprietary technology and original content. I am not sure how that fits exactly [with] Zynga’s original user base nor how it fits an overall portfolio but they could have done much worse. Well they historically did much worse (OMGPop). Now we have to see the next games the studio develops.

Bigpoint previously cited monetisation as the reason it retrenched from its mobile development efforts. Has the monetisation of games on mobile now been solved? What are the challenges here, as many gamers expect free-to-play but want higher quality mobile games.

There was not only a problem of monetisation sophistication but also of platform and audience maturity. In the early days developers were still trying to find their marks and determine which model fit best, with most games pay to play and first attempts of a free to play model either integrating severe pay-walls that drove customers away (which still happens cf. Dungeon Keeper mobile) or not thinking enough around balancing which eventually prevented them to scale. Over the last couple of years we have experienced the emergence of a few blockbusters driving a massive evolution of the mobile ecosystem, 85 percent of top grossing apps today are games. This evolution came notably from an increase in quality of content, smarter and innovative monetisation models, but successful titles are still concentrated in a couple of genres.

If we look at the top grossing apps there is an over-representation of puzzle (Candy Crush, Puzzle & Dragon) and strategy (Clash of Clans, Game of War: Fire Age) games monopolising the top spots with the occasional RPG, card trading or casual manager title staying there for a few weeks. A main part of the challenge comes from providing enough depth of gameplay while maintaining a high level of accessibility and figuring a monetisation model that fits the genre without threatening the fun. These two aspects are most often alien to traditional developers who never had to think about monetisation nor focus on user interface and experience for an uneducated audience. Successful mobile players managed to vulgarise existing successful genres without dumbing them down.

How much was the acquisition?

We don’t communicate on price :)

Anything else to share regards the current market conditions which don’t seem to be getting any easier.

There is no denying that market conditions remain challenging for most players. While the games industry is expected to grow by 8 percent this year, reaching 81 billion USD, the vast majority of that growth is concentrated in Asia, with over 80 percent of the growth, from a geographic standpoint and on mobile platform wise in the west. The games industry has always been and remains hit-driven. While the advent of free-to-play allowed to reduce, in the early stages, development cycles and budgets and the reliance on third party publishers to reach customers we see some of these factors changing. For one player expect more for their time and money than quickly done and iterated copy cats – polish is not optional anymore. Secondly while access to users is still easier than in the traditional space, securing the top spots of the app stores has become much more expensive and requires further optimization, such as SEO, branding and media buying, that most studios don’t have.

In general traditional players still need to manage their transition to this new model – platform wise and business wise – and that will most likely entail further consolidation in our space. From a player standpoint, we can expect new genres to finally emerge once studios manage to get the financial security that allows them to risk more and venture into unproven genres and models.