You’re sitting in your living room. All you want to do is watch some Game Of Thrones on your day off… but your Chromecast refuses to respond. All it will do is play Rick Astley’s Never Gonna Give You Up… over… and over again.

Built by security analyst Dan Petro as a proof of concept, his so-called “Rickmote” is able to discover any Chromecasts nearby, boot it off whatever network it’s on, and send any video the prankster desires straight to your screen.

So how does it work? Petro has a 20-minute breakdown video here, but here’s the gist of it: 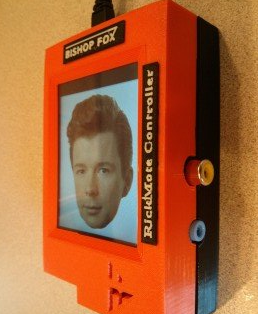 Once a prankster has hijacked the host seat, they could send the Chromecast videos, or songs, or do whatever else you normally might as the legitimate operator. The nasty part: unless the prankster gets bored or goes out of range, there’s no easy way to get the Chromecast back under your control.

Alas, this isn’t an easy thing for Google to fix. The way the Chromecast responds to a disconnection is intentional; it’s part of the super simple configuration process, and that’s a good chunk of what makes the Chromecast a Chromecast.

Fortunately, the Rickmote is a one-off for now, so you probably won’t see this sorcery out in the wild any time soon — but the source code is out there for others to make boxes of their own.