Y Combinator’s president Sam Altman dropped some big stats about his prestigious startup accelerator today. But there’s a few he left out that can be estimated based on his announcement that the combined market cap of all YC companies exceeds $30 billion. Specifically, you can use that number to approximate how much YC’s stake is worth. The ballpark answer? Around $1.05 billion. According to adtech sorcerer Antonio Garcia Martinez, here’s how the math shakes out:

First, Altman’s stats. Y Combinator has funded 716 companies. They have a combined total market cap of $30 billion based on their funding round valuations, and have raised a total of $3 billion. Three of the companies are valued at over $1 billion: Airbnb, Dropbox, and Stripe.

The equity gets diluted as companies raise later rounds, but Altman says YC rarely gets diluted more than 50%, so YC at least owns an average of 3.5% of each company*.

Not too shabby, though a lot of this value is just on paper. If the companies don’t IPO or get acquired, that money never materializes. 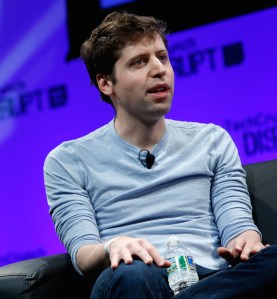 *There is one major issue with this calculation. We don’t know exactly how much dilution affected YC’s stake in Airbnb, Dropbox, Stripe, and its 17 or so other $100 million-plus valuation companies. Since they make up a big part of that $30 billion market cap, YC’s total stake value could be lower if it got diluted down below 3.5% on those deals, and higher if it retained more equity. YC also used to vary how much it invested in relation to a startup’s team size, and many of its investments from the last few years still have plenty of time to mature into high valuations.

These issues led Altman to tell me “that [Martinez’s] math is wrong, but not way wrong”, though he wouldn’t specify where the error was because he didn’t want to reveal stats that without consent of the companies. Altman sees the $30 billion total market cap as a better reflection of YC’s impact. However, its stake potentially growing to over $1 billion signals that its providing an important enough service that founders consistently are willing to give YC significant equity for accelerating them.

Through a combination of the partners’ ability to pick high potential teams and startups, rear them for success through the program, patch them into the alumni network, and connect them with the right investors and resources, Y Combinator is adding a ton of value. The real story here for founders is that it looks like being in YC gives you better odds of success than if you go it alone.

And YC has even bigger aspirations. Earlier this summer I reported that Y Combinator had accepted some “hard tech” companies solving serious technical problems, not just rushing social mobile apps to market. Altman hinted at what they might be when he concluded with this eye-opening stat:

Number of nuclear energy companies in the current batch: 2