You scream, I scream, we all transform an off-the-shelf Cuisinart soft-serve maker to extrude super-cooled and 3D-printed shells of ice cream! Three students at MIT, Kyle Hounsell, Kristine Bunker, and David Donghyun Kim, have created a homemade ice cream printer that extrudes soft serve and immediately freezes it so that it can be layered on a cooled plate.

The system is a proof-of-concept right now but they were able to print some clever shapes out of the sweet, sweet cream. Writes Bunker:

We were inspired to design this printer because we wanted to make something fun with this up and coming technology in a way that we could grab the attention of kids. We felt that it was just as important to come up with a new technology as it was to interest the younger generation in pursuing science and technology so we can continue pushing the limits of what is possible. 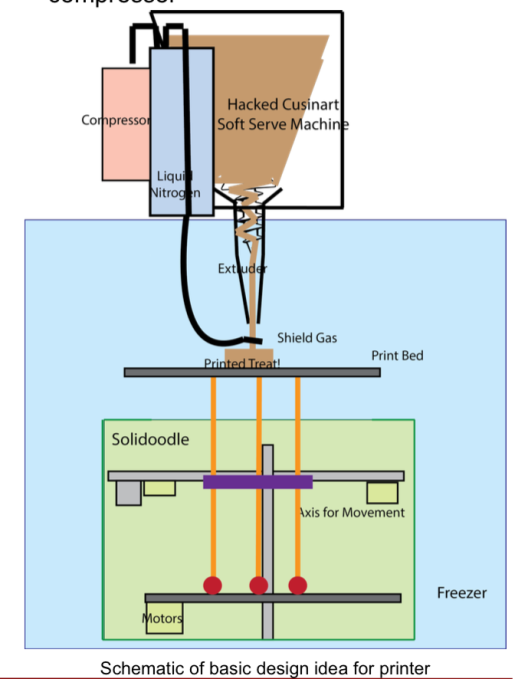 The team worked on the project their spring semester at MIT and got it working to print a star. They have no plans to commercialize it yet but it seems like a clever and very useful hack.

“We ate a lot of ice cream during the making the machine especially during the couple all-nighters when ice cream became our midnight snack and breakfast, it was a great project and we had a lot of fun working on it,” she said.

The team built the printer as part of Professor John Hart’s class in additive manufacturing. They used a Solidoodle printer to control the plate and the stream and froze the ice-cream as it came out with liquid nitrogen. As you can imagine, it melted quite often, resulting in a pool of sweet, edible sadness. As a man who can eat three gallons of ice cream in a sitting, I could imagine this thing just 3D printing all over my head. 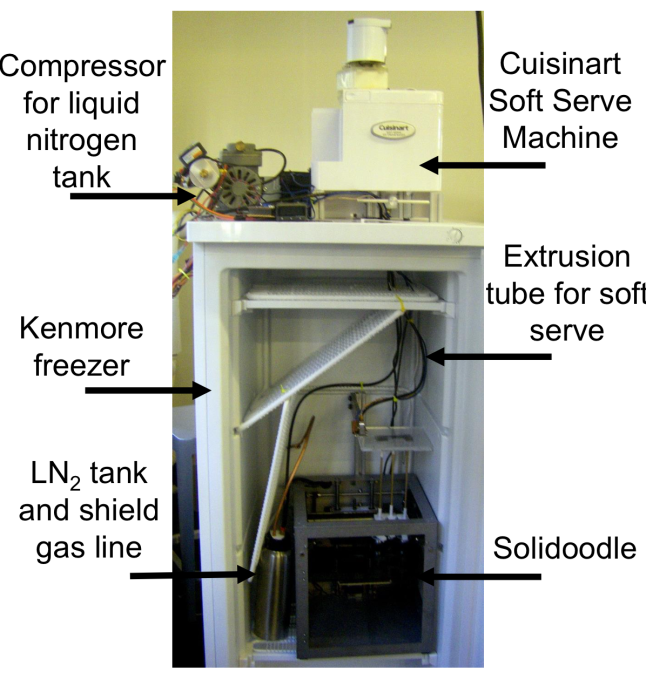