Promo codes are dangerous. Rather than seducing customers, people already planning to buy will find and use them to knock a few dollars off a retailer’s profits. But Google Ventures-backed startup Freshplum lets ecommerce sites offer personalized, exclusive discounts just to visitors who look like they wouldn’t make a purchase otherwise. Today, adtech powerhouse TellApart acquired Freshplum to deliver those offers through retargeted Facebook, display, and email ads to keep tempting potential customers even after they leave a shopping site.

The acquisition of Freshplum’s technology and seven person team of engineers and data scientists cost TellApart more in cash and equity than the “single digit millions” it paid for AdStack last year, the company tells me. The founders say Freshplum’s investors were “pleased with the transaction”.

Freshplum was obviously on to something considering it managed to raise over $2.5 million from NEA, SV Angel, Google Ventures, Greylock, and more. Its co-founder and CEO Sam Odio also started Divvyshot, a group photo sharing service acquired by Facebook in 2010.

Freshplum’s technology lets a retailer embed some JavaScript on their site that can generate offers. Odio tells me that when a potential customer visits an ecommerce site, Freshplum “looks at everything about how you got to the site, have you been there before, where are you, what time of day it is” and more signals to determine “do we think this person needs an offer or not to make the purchase?” If they seemed likely to spend without a discount, Freshplum stays quiet. But if it appears that the customer would bounce without buying, it can pop up a graphic offering them a 20% discount, $10 dollars off, or another discount. 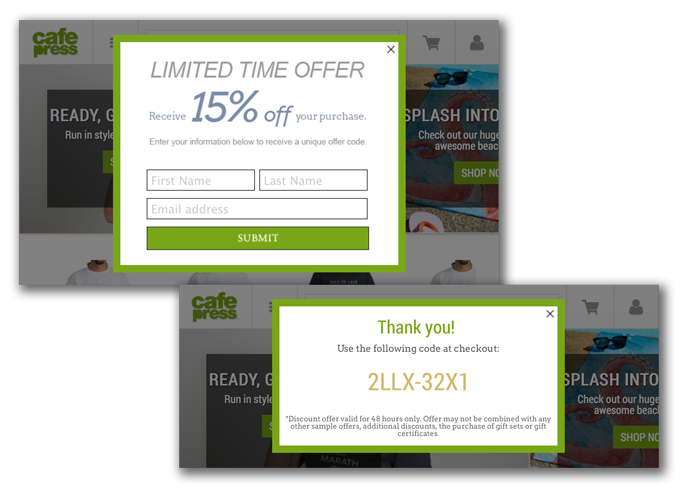 Odio tells me that before, ecommerce sites were basically guessing based on hunches and past experience about when to show personalized offers to who. Otherwise, they were using publicly available promo codes, which he likens to a “sledgehammer. Applied broadly across the board to everyone, one-size-fits-all. They can do a lot of damage to a retailer’s business” because they’re used by people who would have paid full price. TellApart CEO Josh McFarland explains “CMOs have been in the dark ages for so long. There’s a lot of witchcraft and sorcery around when you should give offers and to who.”

To use discounts like a scalpel instead of a sledgehammer, “you have to turn it over to machine learning based models”, Odio says. The robots are just smarter than us. 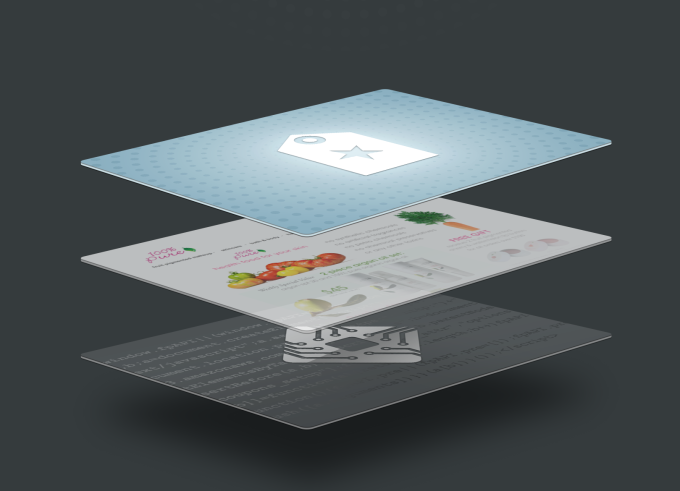 And TellApart wanted to own those robots, so it made Freshplum its second acquisition. TellApart had raised over $17 million as of 2011 from investors including Harrison Metal, Greylock Partners, Twitter CEO Dick Costolo, and SV Angel, but has now been profitable for a while and hit a $100 million revenue run rate in 2013. That gave it the cash to buy marketing email personalization and A/B testing startup AdStack last year and now Freshplum for even more money.

The acquisition makes a ton of sense. TellApart is a retargeting wizard. They use browser cookies and any other available identity, behavior, or interest data to show people ads for things they almost bought, like a pair of shoes they viewed on an ecommerce site. It pumps these ads into display inventory, Facebook’s FBX ad exchange, and email, then charges retailers a cost-per-action percentage of what the people who clicked the ads eventually spent. This way, it only gets paid if its ads generate revenue for the client.

By acquiring Freshplum, it can now put personalized discounts in those retargeted ads. That’s a whole lot of data science crammed into each offer. Freshplum figures out who to target with what deal, and TellApart tracks them down across the web. TellApart will now be better equipped to battle other retargeted ad startups like Triggit, AdRoll, and Nanigans.

Consumers might think TellApart’s “predictive marketing platform” sounds a bit creepy, but it’s music to the ears of retailers who never want to let a potential customer escape without buying.