trying to figure out what to do with these paintings pic.twitter.com/fQRQLvJYZG

The Conway painting was apparently a gift from Steve Jobs’ wife Laurene Powell Jobs, and a YC applicant sent in the one of Paul Graham, according to Altman.

I would say auction them off for charity. TechCrunch founder Michael Arrington once coveted the Conway painting, calling it “an epic painting of the man.” 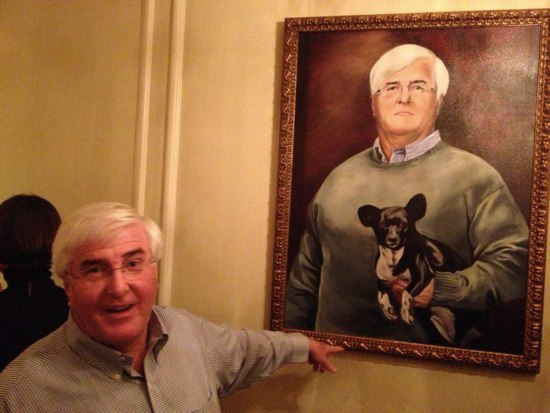 But that could be terribly tacky.

For the record, the world of startups and oil paintings are not wholly unacquainted with each other. Back in 2011, Los Angeles-based mobile gaming startup Scopely once promised new hires a personal oil painting along with a briefcase filled with $11,000 in bacon-wrapped cash, a year’s supply of Dos Equis, a custom-made tuxedo, cigars, Sex Panther cologne, a spear gun and beard-grooming oil.