Seven months after launching Instagram Direct, 45 million of Instagram’s 200 million users are actively sending or opening Direct messages, the company tells me. This 23% monthly usage rate indicates Direct is far from stillborn. While I haven’t seen or heard of many friends using the ephemeral private sharing channel, it may be quietly gaining steam with those who use Instagram as their primary social network, or small groups looking for more intimacy than the feed. 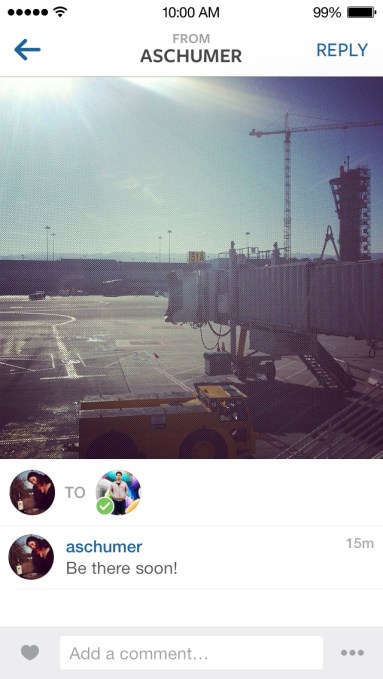 Prior to the launch when sources told us an ephemeral Instagram messaging feature was on the way, I said it was wise move for four reasons. Direct could:

The last is the most important, and what I suspect is driving Direct’s growth. Whether it’s a goofy face, a flirty smile, a crass joke, or just everyday conversation, Direct creates a medium for a much wider range of photos than what gets publicly published on Instagram. In private, you don’t have to look perfect, capture the most stunningly filtered sunset, or show off your grandiose lifestyle. Micro-sharing one-on-one or to smaller groups of close friends lets us be ourselves.

A few days after Instagram Direct launched I questioned whether it was doomed. None of my friends were using it. It was awkward to have a visual conversation because each photo or video reply started its own thread. And it didn’t feel different enough from sharing via Snapchat, Facebook Messenger, or even text.

But I bet there are two main types of Instagram Direct users that make up its 45 million strong following.

I may have succumb to judging an international product’s success by my atypical social graph of more mature, hardcore tech users. Many of my friends were on Facebook and Twitter since the early days. They frequent Snapchat, and use Facebook Messenger, WhatsApp, and more chat services already. Most importantly, Instagram isn’t their primary social network. They’re interested in knowledge sharing through text and links, not just easily digested photos and videos.

My graph is far from representative, though. There are plenty of people out there who live and breathe Instagram. Tired of the drama, inanity, boring links, and ads on Facebook, they use Instagram as their social network. They aren’t necessarily avid Snapchat or messaging app users. To them, Direct is a convenient way to communicate because they already spend so much time in Instagram and that’s where their friends are. Direct could be flourishing with these loyal users. 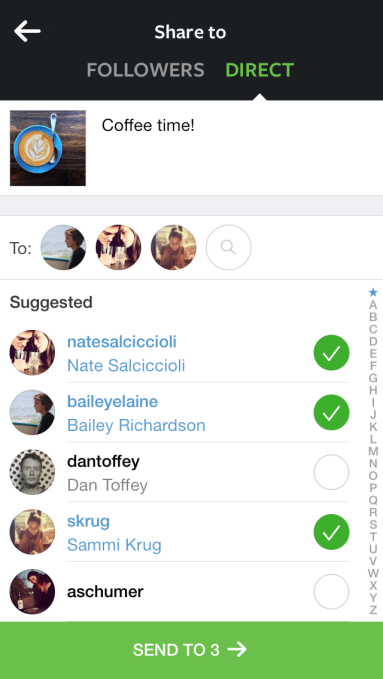 Who else? An Instagram executive told me a few months back that Direct was gaining steam with small groups. Some were based around interests, like a tight-knit community of photography enthusiasts using Direct to get feedback on their shots.

Others groups were just cliques of friends who wanted to make sure their besties saw their ‘grams. Since the app has an unfiltered feed, it’s easy to lose track of close friends if you follow too many people or they don’t post that often. Direct’s read receipts show whether friends have viewed a shot you sent them, so you’re not just sharing into the darkness.

This type of micro-sharing opens up more informal content types with a lower barrier to creation. Direct lets people share more types of photos more often…just to fewer people. And as long as that keeps users coming back to the app, taking photos, and browsing the feed where it shows ads, Direct micro-sharing could be a win for Instagram.