ReservationHop and MonkeyParking, the two startups last week called emblems of exploitative #JerkTech, have both changed their ways. ReservationHop announced Tuesday a “soft pivot” away from its site that stole and resold dinner reservations without compensating restaurant owners. Meanwhile, MonkeyParking has complied with its cease-and-desist order from San Francisco by temporarily shutting down its service that took a fee for letting drivers auction off public parking spots.

Sorry, I’m not sorry this happened. Cue the world’s tiniest violin. Check out my piece “Stop The JerkTech” to see what all the hubbub was about.

Yes, there should be a way to capture the value of people willing to pay for prime reservations at hot eateries. And yes, we need to find a way to improve street parking to reduce traffic and pollution.

It’s nice to hear that ReservationHop founder Brian Mayer “spent a lot of time in the last couple days speaking and meeting with restaurant owners personally, offering my apologies for the troubles we may have caused them and discussing how we may work together.”

Alongside the hate, all the media attention proved there was a lot of interest in a paid secondary market for reservations. Now “ReservationHop is doing a ‘soft pivot’ to address the same customer demand, and in addition work with the restaurants directly to cut them in on the deal.”

That’s disrupting with care. Rather than scalping a publicly available resource and pocketing the proceeds, ReservationHop will look to split the profits with the restaurants. By bringing his technology to their analog businesses, both benefit, and a revenue split is fair. 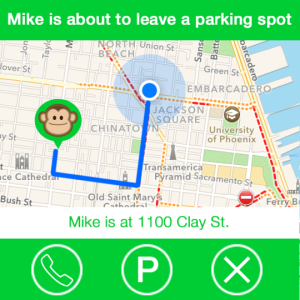 We’ll see what happens with MonkeyParking. Initially it seemed reluctant to admit it was coining off a public resource, telling the SF Examiner “We’re not going to stop it because we do not think there is something wrong with it.” However it did add “but there is something to be understood and regulated and maybe integrated into the municipality to provide a valuable service.”

Now it says “we are currently reviewing our service to clarify our value proposition and avoid any future misunderstandings.” If San Francisco were running its own parking space app that funneled money into the city, or ParkingMonkey gave it a significant cut, that would be more acceptable.

I came down hard on both these startups last week because the technology has the opportunity to make the world a better place, but it can also be an instrument of greed and villainy. Both of these companies were in their infancy, and it’s standard to experiment to see what works. But I strongly believe that the tech community has a responsibility to nudge startups in a benevolent direction.

That doesn’t mean you can’t make money, grow aggressively, and out-compete obsolete business models. I just think we can do that without plundering the community like a bunch of Captain Planet villains. So disrupt with care. 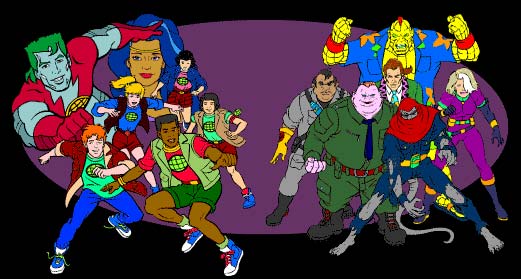