When millions of people point camera-phones at you while you sing, you learn a thing about music and technology. You could laugh at pop starlet Taylor Swift for her fluffy teddy bear of a column in the Wall Street Journal today, or chide the WSJ for printing it, but there are some poignant nuggets of knowledge in there.

Swift (and her ghost writers) prefaces the whole discussion with some controversial logic that “Music is art, and art is important and rare. Important, rare things are valuable. Valuable things should be paid for.” That contradicts a popular theory that “Music sells everything but music” which says that music is a loss leader for artists to sell concert tickets and merchandise, and for platforms to sell devices and bundles of subscriptions.

But once she zooms in, Swift’s perspective from years in the spotlight produces some strong tactical insights. I’ll spare you a gallery of random Swift photos with quotes attached and instead just drill through her smartest points. 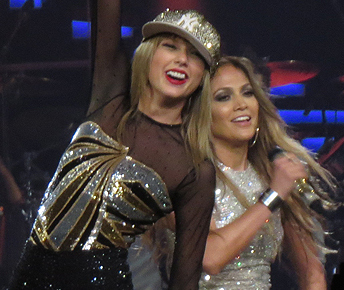 Taylor Swift brought out Jennifer Lopez for one night on her Red tour to surprise her fans. Image Credit: Shine-On

Mizz Swift says “I walked out onstage every night of my stadium tour last year knowing almost every fan had already seen the show online”. Preventing that footage from being shot in arenas full of teen girls would be impossible, so if she plays the same set every night, fans will walk away bored. That’s why she brings out unique guest stars and more every night so the experience is always fresh.

Flash in the pan singles don’t earn money the way they did back when they were bundled with albums or at least sold as downloads. Meanwhile, free access via platforms like YouTube mean fans can burn through their love of a shallow song quickly. Swift explains people “are buying only the ones that hit them like an arrow through the heart.” She likens music to three types of relationships: quick flings with songs you dance to and then forget, stronger relationships with albums you remember but that pass, and connecting with an artist on such a deep emotional level that they become “The One” and you listen to them for life. The real success comes with being The One.

3. Fame and power and now defined by your social media audience 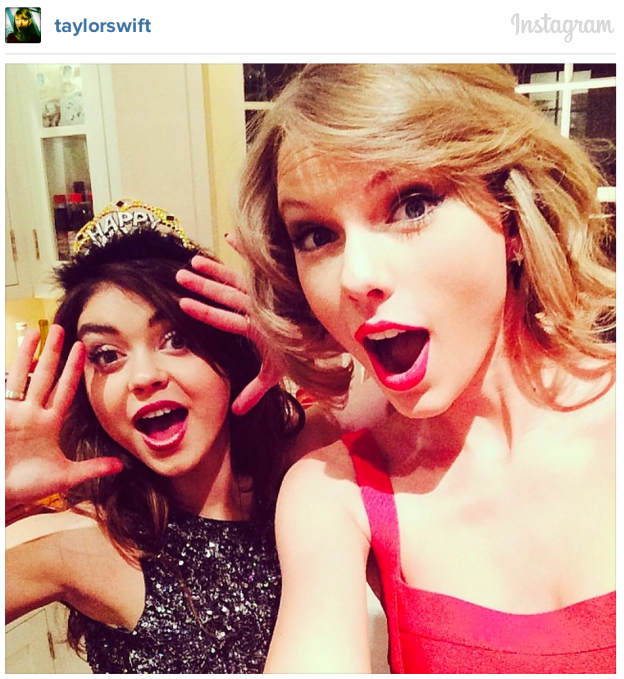 Musicians and other celebrities have sidestepped the record labels, managers, retail stores, and press and now connect to fans directly through Instagram, Twitter, Facebook, and the like. Swift explains, “The casting director chose the actress with more Twitter followers”. Artists can’t just be artists any more, they have to be community managers. Music sales, tour success, commercial tie-ins and more depend on being able to rally one’s fan base.

4. Selfies have replaced the autograph

“I haven’t been asked for an autograph since the invention of the iPhone with a front-facing camera. The only memento ‘kids these days’ want is a selfie” says Swift. And since people actually share selfies, that’s great for artists…if they leverage them. Celebrities should be asking fans to mention their official account when they post the photo and ask friends to follow them so they can virally grow their audience.

All four of these ideas tie in to a single theme: Adapt to the (often scary) inevitabilities of change. You can’t stop piracy, the overall decreasing sales, or the rise of the networked fan base’s power. But if you’re flexible with what it means to be an artist, you reduce the risks and score big with the new opportunities.