Yahoo’s spring cleanings have extended into the summer months, the company announced today, detailing a series of product changes and closures, many of which are nearly obsolete, obscure, or just unpopular. But among the more high-profile of these closures is Yahoo acquisition Xobni, the maker of smart email and contacts management apps that were acquired last summer.

At the time of the acquisition announcement, Yahoo said people using Xobni’s products would be able to continue to do so. In fact, the earlier announcement stated specifically, “not to worry – we aren’t pulling the rug out from under you. If you’re using a Xobni product today, you can keep using it.”

However, in today’s post, the company points to a FAQ on the Xobni website, implying that the total shutdown was previously announced. That may confuse the handful of remaining Xobni users who may have thought that as long as they had Xobni’s products installed, they would continue to work even though they were no longer being actively developed.

But according to this new post, today is Xobni’s last day. 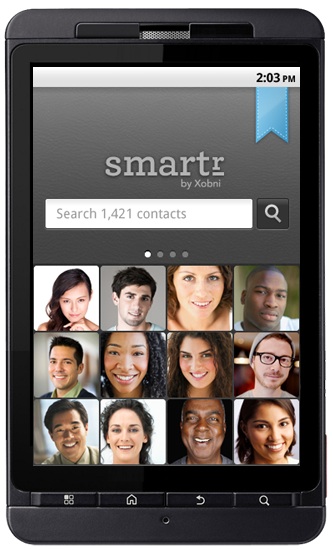 Yahoo buys then kills a startup? That’s not really news, I suppose. And at least Xobni’s complete and total death was held off for a full year. [Update: Yahoo says prior to last week’s blog post, the company communicated to Xobni users within the product, by email, and through the website and social media. It’s also now offering a free Infinity Edition as a replacement for Xobni for Outlook.]

Other products getting the boot (or that already got the boot and you didn’t notice!) include a virtual makeover tool called Newlook, Yahoo Finance’s “research reports” feature, Bookmarks.yahoo.com, Yahoo People Search (bundled into Yahoo Search), Yahoo Toolbar on Chrome (replaced by Yahoo’s Chrome extension), Yahoo Shine (replaced by new magazines, Yahoo Beauty and Travel), Yahoo Voices, and the Yahoo Contributor Network. The last four in that list have yet to close, with the Toolbar dying off on July 22, while the remaining products will live until the end of the month.

It’s not surprising for Yahoo to cut its non-performing products, as the company is trying to “further its focus” on core experiences – Search, Communications, Digital Magazines and Video – as it says today. This is also not the first time Yahoo has made the decision to eliminate items from its overly large lineup – it did the same in March and April 2013, today’s announcement also notes.