American children spend five to seven hours per day staring at screens, TV and otherwise, according to data published by the National Institutes of Health. This leads to increased risks of weight gain and obesity, anxiety, depression, and inability to sleep, studies have found. But parental controls – and really, a better understanding of how to manage children’s screen time – are still limited, it seems.

After watching technology take over his own family’s life, a father of three, Rob Irizarry, decided to do something about this by developing Kudoso, a system for managing kids’ Internet access using a combination of software and custom hardware.

Kudoso works both as a software application you can install on your own (supported) internet router, or you can purchase a router which ships with the software pre-installed.

The system is not entirely dissimilar from a number of parental control technologies on the market today in that, at its core, it’s designed to limit kids’ access to websites and services. But unlike most parental control platforms, what makes Kudoso interesting is how it allows kids to earn their screen time. 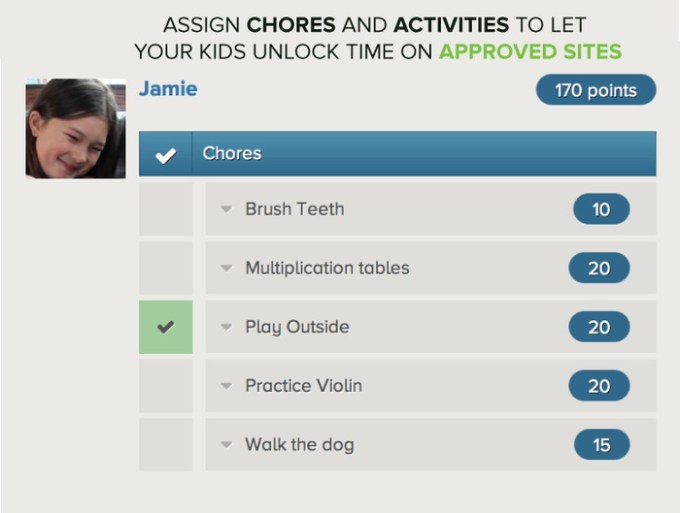 The idea is that instead of something like Kindle’s “Free Time” which lets parents set time limits on tablet usage, for example, or iOS’s parental controls which has parents turning on or off mobile application access entirely (generally by an app’s rating), kids could meet certain pre-established goals, including household chores, in order to be rewarded with screen time.

These goals would vary by family, but could involve things like brushing teeth, practicing the violin, walking the dog, etc. You could also teach kids to balance screen time with “regular” play by rewarding them for time spent running around outside, if you choose.

The Kudoso software is nuanced, letting parents establish a points system for each activity and reward, and even lets you configure different points for watching educational videos (like National Geographic) at different values than brainless cartoons, for example. 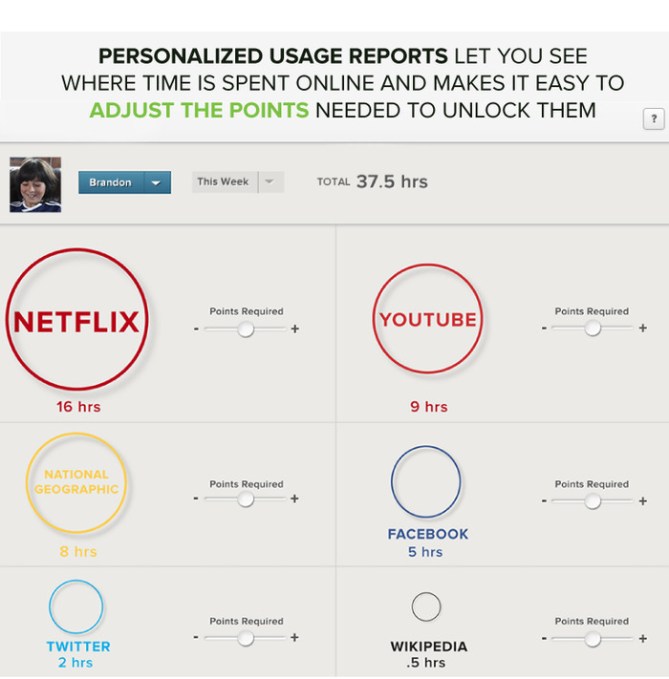 In addition, Kudoso is integrated with Khan Academy, letting kids earn points for completing lessons on subjects parents choose, which is also a unique feature to this system.

Parents can whitelist their own devices from being blocked and filtered, too, while also whitelisting sites that would always be available to kids, like Wikipedia. 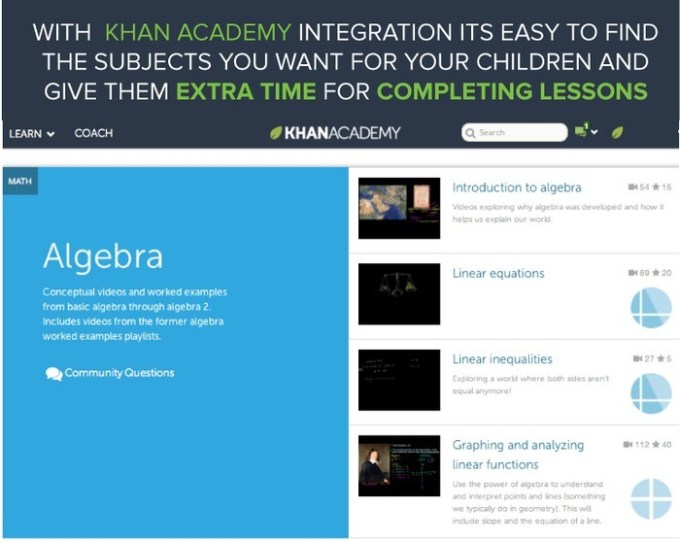 Founder Irizarry has worked in the tech industry for years, including at RightNow Technologies, which was acquired by Oracle. He tells us that he developed Kudoso to scratch his own itch, so to speak, after watching technology overwhelm his family’s life despite their beautiful surroundings in Montana, where he’s based.

“I believe deeply that parents and their kids need this solution to help strike a balance between the technology skills our kids will need to survive and thrive in the future, versus having them grow up healthily and happily with the social interaction and other non-tech skills that are foundational to a fulfilling life,” he says.

The project was initially funded with winnings from RightNow’s exit, and is currently in the hands of just over a dozen friends and testers who have an early version of the Kudoso software in their homes. Now, the four-person team is raising money on Kickstarter to help raise awareness and fund the development of version 2 of the Kudoso platform.

The company is working with TP-Link and Ingram Micro to procure a router that will be shipped to customers who want the hardware and software combined. Meanwhile, the software will be updated to better support the ratings systems on Netflix and filtering features on other apps like Nickelodeon, Amazon, YouTube and Facebook. Plus it will allow “quiz integration” so parents can test kids to ensure they’re learning, not just watching Khan Academy videos on mute.

Stretch goals will introduce Fitbit integration as a bonus. 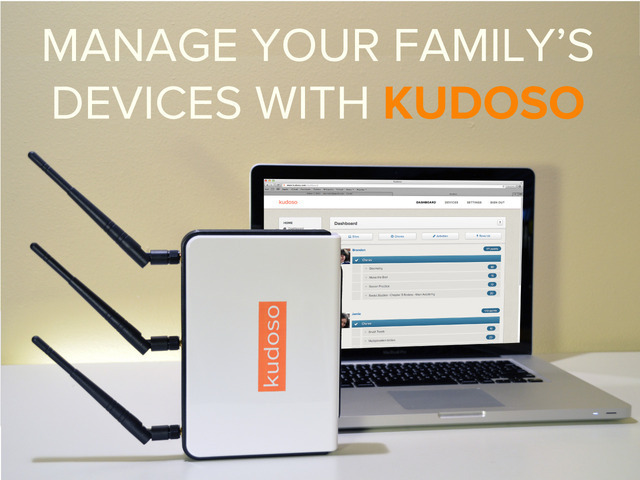 Kickstarter backers can get the Kudoso software for pledges of $89, while hardware begins with pledges of $119 and up.

As a parent, I welcome new innovations in the often over-looked area of managing children’s access to screens and the web. Too often, there’s a sense of assumed failure and “why bother”-ism prevalent today where adults imagine that any system they implement will immediately be hacked by their tech-savvier kids.

But parents’ goals shouldn’t necessarily be to one-up their kids with technological tricks – they should always be about establishing the boundaries, so kids know when those are crossed and that crossing them is wrong.

That being said, Kudoso may be a bit too involved for the mainstream parent, who’s looking for more of a plug-and-play solution with fewer configurations and customizations. You can check out more videos of Kudoso in action here.