Google announced a new universal design language, called Material Design, as part of the forthcoming “L” release of Google’s Android mobile operating system. The design is meant to offer a more consistent, universal look-and-feel across mobile, tablets, desktop and “beyond,” the company explains.

“We imagined… what if pixels didn’t just have color, but also depth? What if there was a material that could change its texture? This lead us to something we call ‘material design,” says Matias Durate, Director of Android operating system User Experience at Google, during the keynote this morning.

Some of the key features of the new design include an updated version of the system font, Roboto, as well as bold and dramatic colors and highly polished animations.

Durate also quickly walked through the changes in the new framework, which it’s also releasing publicly today at google.com/design. The idea is to put this framework in the hands of developers who build on Google’s platforms, so all apps have a consistent look, similar to how Apple has its own design guidelines for Mac and iOS developers.

The company is also introducing new redesigned versions of Google’s flagship apps using this new language, including Gmail and Calendar, for both Android and the web. You may recall reading about these changes recently, when some blogs got a hold of leaked versions of screenshots showing Gmail’s redesign, featuring a cleaner and simpler interface.

On Android, the new look is called “Material,” and it supports a variety of new animation capabilities, has built-in realtime UI shadows, and “hero” elements that can be passed from screen-to-screen. 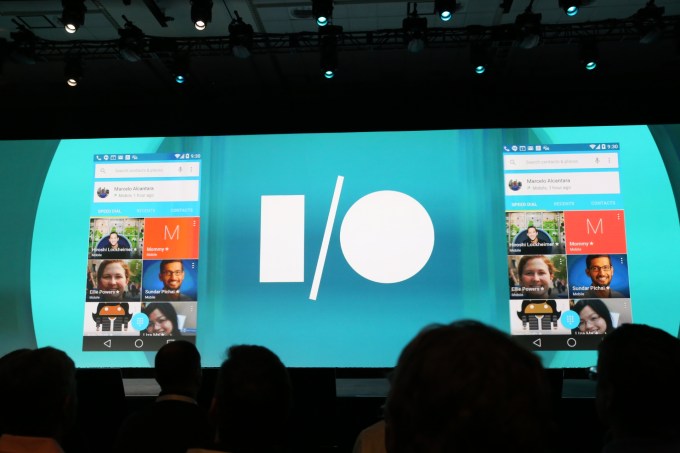 The open-sourced framework Polymer, which highlighted during the last Google I/O, was also mentioned as being a way for developers to create building blocks which work with this new design language. Polymer offers a prototyping tool that lets you build responsive websites using predefined, customizable building blocks, and was recently discussed as being a part of Google’s forthcoming design changes we covered here when it was known as its internal codename “Quantum Paper.” 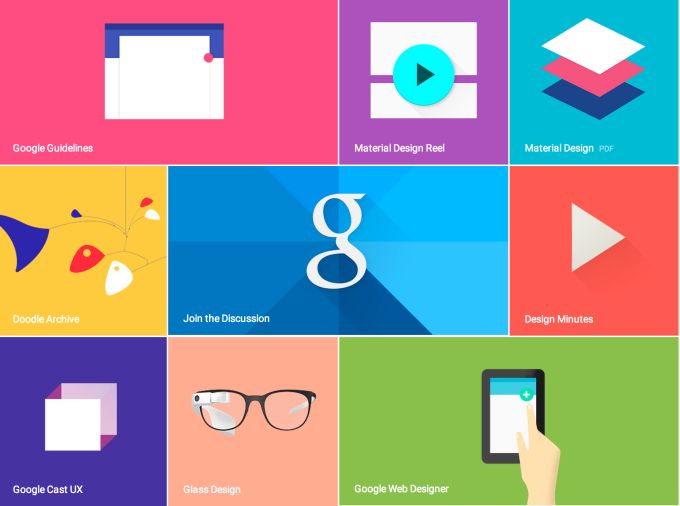 On the Google Design website, the company references its goals for Material Design as follows:

Google describes the new design as being “inspired by the study of paper and ink, yet technologically advanced and open to imagination and magic.”

The design uses familiar tactile means of interacting with its many parts, with visual cues that are grounded in reality, Google says. Its elements also recall print-based design typography, with “deliberate color choices, edge-to-edge imagery, large-scale typography, and intentional white space create a bold and graphic interface that immerses the user in the experience.”

Motion is another key element of the design, but is meant to be. “Motion is meaningful and appropriate, serving to focus attention and maintain continuity,” Google adds.

More broadly speaking, the design refresh is about making the experience of using Google’s products and services, including Android, more enjoyable for end users. Apple is well-known for having stricter design guidelines for its developer partners, and that has helped shaped how consumers perceive Apple — that is, as being a design-focused company.

Now Google is stepping up to show that it’s ready to compete on design, as well.

The move comes at a time when Apple is also moving into areas Google dominates – like cloud services. That has worried Google, sources say, since it seemed like Apple was getting better at infrastructure than Google was getting at design. Material Design is Google’s effort to change that.