When Microsoft needed to convince developers to build mobile apps for its Windows Phone 8 platform, it took a familiar path: it offered them money to do so. Amazon, however, is going a different route – at least, for now. Instead of outright paying developers to update their apps to work with its newly launched smartphone, the Fire Phone, Amazon is offering up to $15,000 in “Amazon Coins” which developers can give away to their users.

The idea here is that in today’s crowded app marketplace, acquiring new users and keeping current users engaged can be very expensive. According to data from Fiksu, it currently costs app marketers $1.24 to get users to download and install an application on iOS, and $1.31 on Android. Those numbers don’t directly correlate to Amazon’s Appstore, but they give you the general idea of the costs involved in this industry.

With $15,000 available in “Coins” which can be distributed to users to get them to download a paid app or purchase in-app goods, participating developers gain access to a good chunk of change to help them with their marketing efforts.

Of course, there are more than a few caveats. The $15,000 is the cap per developer. Amazon is actually giving away 500,000 Amazon Coins (a $5,000 value) per app, with a maximum of three apps per developer. Developers can then create their campaigns in the Promotions Console to actively court their potential customers. 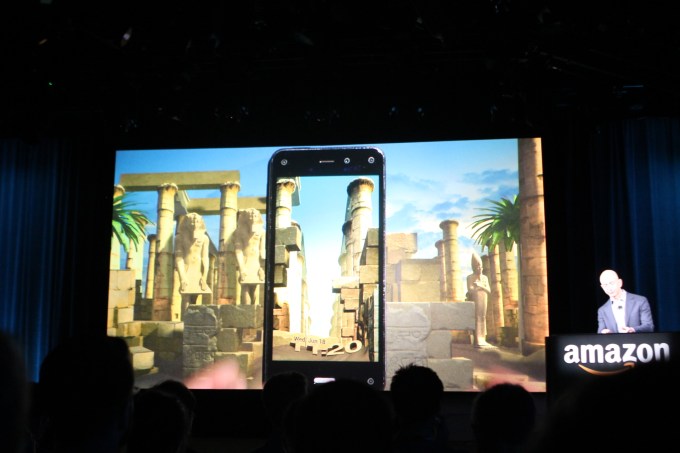 In addition, in order to qualify, developers can’t just submit a new app – or update their Fire tablet app – to support the new phone’s screen size. They actually have to dive in and use some of the features that Amazon introduced this week that differentiate its handset and software from competitors like Apple, Samsung and Google.

For example, all game developers who want to take advantage of this promotion will have to use the Dynamic Perspective SDK, which is what allows users to move their heads to perform specific on-screen actions. Amazon also says it’s not enough for game developers to simply swap out gestures or gyro functionality for head tracking. They actually have to create an “in-game experience” using the new technology to qualify.

Non-game apps will also need to use the SDK, or Foundation Controls, and all apps must implement an app widget to display contextual information to users when the app is in the front of the Carousel.

Developers have to get their apps submitted by July 18 to be included in the Appstore when the phone ships on July 25, Amazon notes.

Whether or not developers will go the extra mile for a phone that analysts are already predicting will struggle to compete remains to be seen, however.

An analyst at JP Morgan predicts that Amazon will only sell 2-3 million units this year, which, as Business Insider points out, means Apple (on track for 83.8 million iPhones this year) would sell more iPhones in two weeks than Amazon would sell in six months.

Despite the whirlwind of media coverage the Fire Phone received this week, Amazon introduced the newcomer with traditional pricing and payment options. The phone is only available through AT&T under a two-year contract, or can be bought unlocked for $649 – a price point that will only see very devoted Amazon consumers buying in. 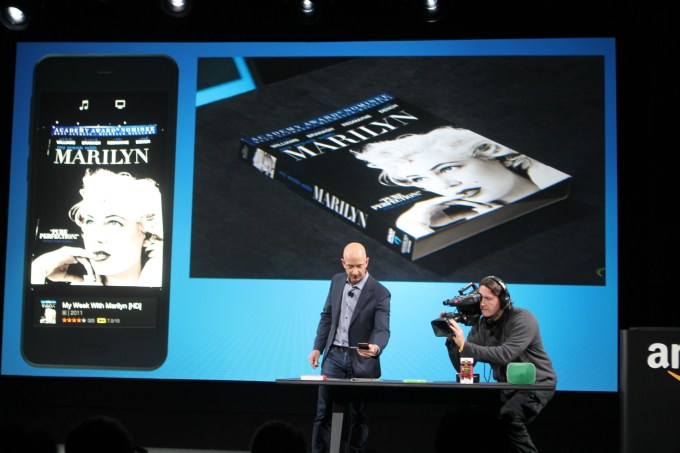 Meanwhile, many were hoping Amazon would do something completely shocking, like giving the phone away for free or bundled with a Prime subscription. But as a colleague here joked, “even Bezos has limits on burning stacks of money.”

That being said, not everyone is writing off Fire Phone just yet. It may be early, and it may not ship in vast quantities this year, but it’s a big step in an interesting direction for the company: a phone that you’ll be able to point at anything, and then have it appear. The same day. Even groceries. Even television. Maybe dropped off by drone.

If Amazon chooses to put its full weight behind its smartphone and offer it at a reduced cost, or even with subsidized data, the phone’s potential looks much more promising.