Guesty (formerly SuperHost) wants to take the hassle out of vacation rentals, and now it has $1.5 million in seed funding to help it with that goal. The Y Combinator-backed startup is a software-based property management service that helps individuals renting out rooms, apartments, or other listings on Airbnb (and soon, elsewhere), by screening guests, handling key drops, cleaning, guest transportation, maintenance and more.

The company was started in December 2013 by twin brothers Amiad and Koby Soto, both of whom had listed their own properties on Airbnb before, and knew of the challenges that involved first-hand.

The brothers both came up with the idea at the same time, says Amiad. “But we didn’t tell each other – it was kind of like a twin telepathic moment,” he jokes.

Later, after a month of cleaning half a dozen toilets per day, they realized that their skill set was really in software and coding.

Following one mini-pivot later and a rebranding to “Guesty” from “SuperHost,” the brothers found their niche.

Today, the company helps pre-screen Airbnb guests per a customer’s requirements, works with transportation providers to get the guest from the airport to the apartment, schedules key drops, hires housecleaning (as opposed to doing it themselves), and contracts with other vendors to resolve various issues and maintenance problems. 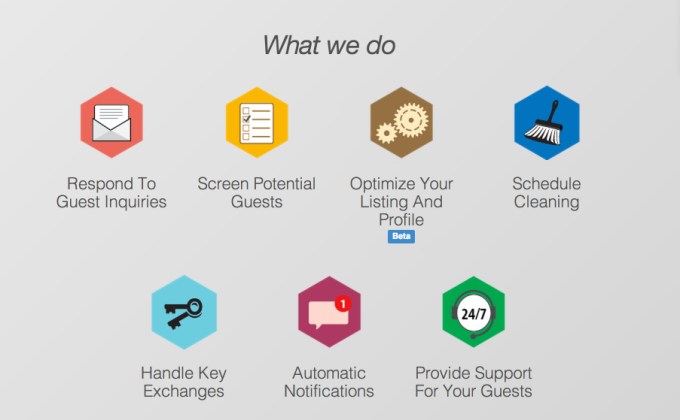 “One way to think about this is that Airbnb is creating the largest hotel in the world and Guesty is creating a standard of service for that hotel,” says Amiad.

The company has now closed on $1.5 million in seed funding from Israeli VC firm Magma Venture Partners (Waze and Onavo investors), Y Combinator and other angels in the real estate and sharing economy business.

With the new funding, the plan is to expand Guesty’s 15-person team and platform. Having recently relocated its developers from Israel to San Francisco, the company is now looking to hire additional developers and designers, as well as to fill marketing and social media roles. 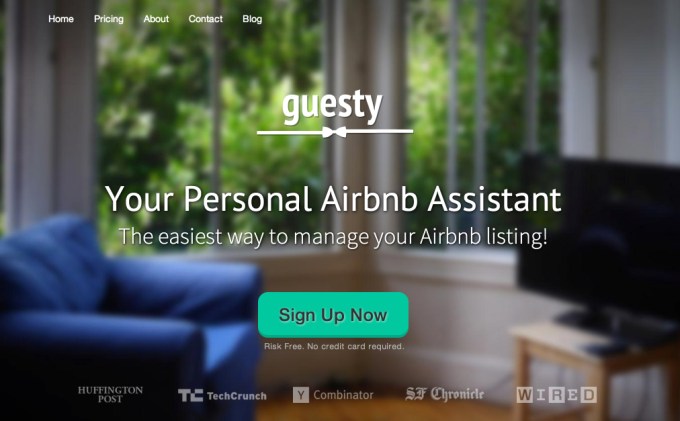 As for its platform, Guesty has grown from 300 worldwide properties under management in March to 600 today, with the majority in the U.S. (The company charges 3 percent per booking, or a minimum of $3 for low-end room rentals).

Now the brothers want to take Guesty beyond Airbnb, in order to offer a management layer for the other vacation rental providers out there, as well as other “sharing economy” platforms in general, including those for other types of rentals (like boats, for example).

Longer-term, the data that Guesty collects on the guests it processes through its system will become more valuable, too. As the company learns about whether guests were great or terrible, it can use this information to help it better screen guests in the future, and even across platforms.

“The reviews system for Airbnb is kind of broken because people don’t want to leave bad reviews on people, because it affects the reviews they’re getting,” explains Amiad. “We could save all this information internally, and make decisions based on that,” he says.