Last March, TechCrunch covered one of the World Startup Report‘s first releases. Now the organization is back with an ambitious project that gathers insight from 150 companies in 50 countries with the idea of guiding aspiring entrepreneurs in different markets.

The World Startup Report, which was founded by Bowei Gai (whose company CardMuncher was acquired by LinkedIn in 2011), and Startup Genome‘s latest paper is called “Internet Hall Of Fame: 10 Things You Need To Know About The World of Internet Companies Across 50 Countries.”

The Internet Hall of Fame also includes a site with tons of valuable information gleaned from examining the biggest three Internet companies in each of 50 countries. Data comes from online sources, stock market data, company information, and people working within startups in each place.

The whole thing is worth a read, but here are some of the most interesting facts covered by the Internet Hall of Fame: 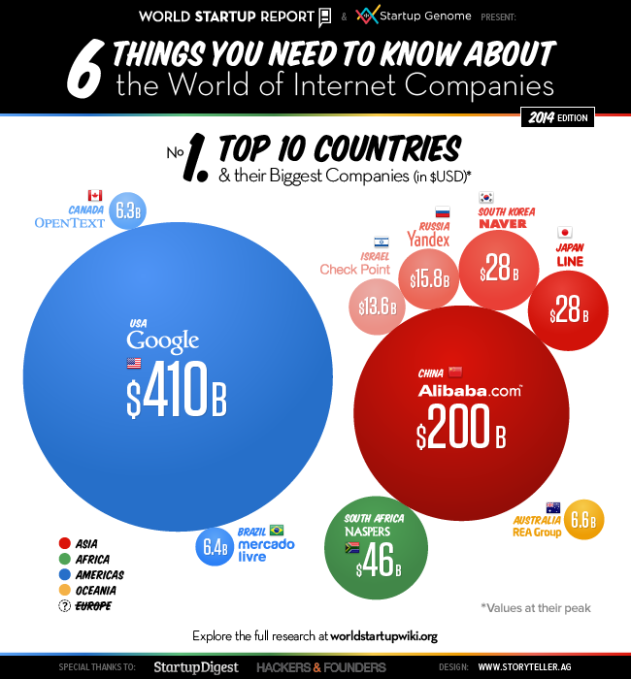 For more information and infographics, check out the Internet Hall of Fame here.