Google is updating its Flight Search feature with a number of new tools. Most of them center around finding potential trips within a given budget and even include the return of Google’s iconic “I’m feeling lucky” button.

About a year ago, Google launched an experimental feature that highlighted fares to destinations in a given region on a map. Starting today, it is rolling this into the main Flight Search interface. Say you are looking for a trip to the Caribbean and are pretty flexible about where you want to go. With this feature, you just zoom in on the map and see what flights to the different islands would cost you. Maybe flights to St. Martin are pricey right now, but thanks to the vagaries of airline pricing, a trip to Aruba is significantly cheaper. 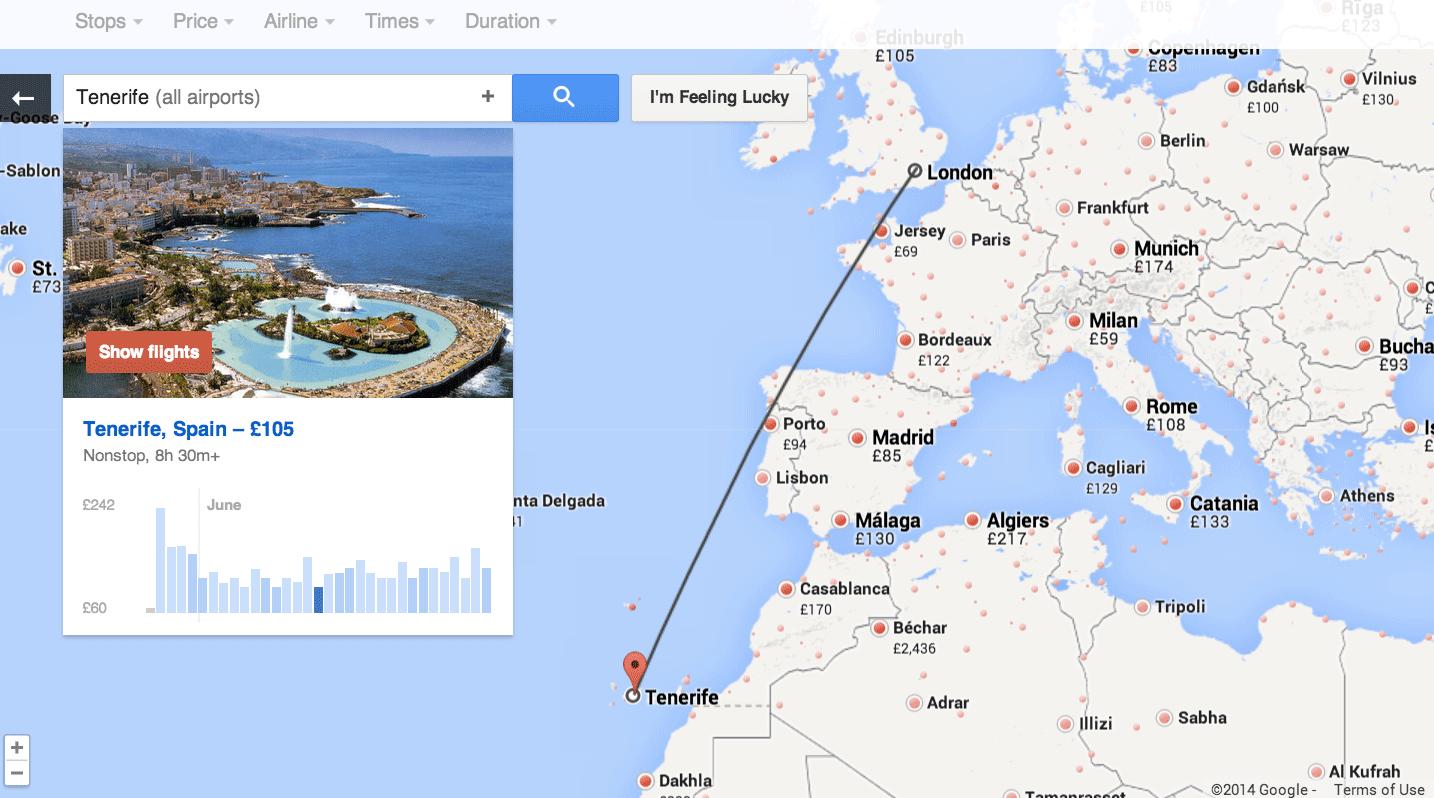 One nice aspect of this search is that you can still filter by price, flight duration, airline alliance and number of stops. If you have a specific region or country in mind, you can also use the standard Google Flight Search engine and use them as your destination instead of a specific city or airport.

If you have absolutely no idea where you want to go and just need some inspiration, the Flight Search map also features an “I’m Feeling Lucky” button — just like the Google Search of yesteryear. Just give it a price or time limit and it’ll suggest a destination for you.

Other new features include a personalized — and highly visual — list of potential destinations right on the Flight Search homepage, which now also highlights your previous searches.

Google, of course, isn’t the only flight search engine that offers these features. Kayak, for example, offers a similar map-based view. What has always made Google Flight Search stand out, though, was the speed at which Google displays its prices. Instead of a relatively long wait, Google takes a second or two to give you your prices. So far, that was always Google’s big advantage, but even so, Flight Search mostly flew under the radar. Maybe that’s changing a bit now with these new features.