Lowercase Capital is raising another $25 million, we’re hearing. This is notable for a couple of reasons: Due to its Uber investment, Lowercase Capital’s very first fund — a modest $8.5 million raised in 2010 — has seen its value increase by more than 100x, which is perhaps historic in early-stage seed funds. Lowercase’s second fund, “Spur,” has also done quite well due to its Uber and Optimizely follow-on. 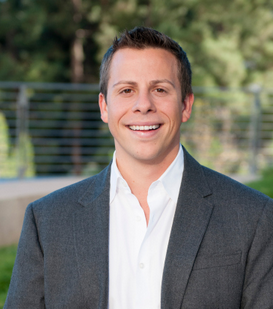 Mazzeo, who will be promoted to Lowercase Managing Director.

That means Sacca — who won an “Angel of the Year” Crunchie this year — will no longer be Lowercase’s first point of contact, we’re hearing from people familiar with the matter.

Mazzeo has thus far brought in multiple juicy seed deals for Lowercase, including Mark43, Next Games, Victorious, Mindie, MakeSpace and vidIQ, and will continue to source. While no longer the “face” of Lowercase, Sacca will still be working with existing portfolio companies in the background.

The new $25 million fund will close in the next couple of weeks and has seen high demand from LPs, we hear. Aside from building a reputation for his early-stage prowess, Mazzeo has been raising the financing mostly on his own.

The new fund will be called Frontier, following Spur and Stampede, which boast investments in Uber, Optimizely, Stripe, Medium, StyleSeat and WordPress. Not all of Sacca’s funds are cowboy-themed however. He very famously fooled Dan Primack with such banal fare as Institutional Associates Fund and Compliance Matter Services, which ended up holding 18.1 percent of Twitter before its IPO.