PhotoDrive, a fantastic photo uploading service powered by Flickr, is being shut down – but that’s because its founder, Jeff Bargmann, is now joining Flickr, as it turns out.

This one-man startup machine had earlier impressed us with his mobile apps and newer photo uploading service, which worked something like Dropbox (or the recent Dropbox acquisition Loom) to provide you with an “infinite Camera Roll” of sorts. However, instead of building out his own cloud storage platform for his latest creation, PhotoDrive instead let you tap into the 1TB of free storage offered by Flickr.

PhotoDrive first came across my radar in January when it was still in beta. Bargmann was then targeting a spring release, he said. However, when March rolled around, he told us he was still working on “settling some things” before a more public launch. So technically speaking, PhotoDrive was still in testing at the time Yahoo snapped him up.

Bargmann has had an extensive history rethinking how consumers can interact with their now numerous digital photos. In fact, TechCrunch had covered both of his two earlier mobile apps, Photoful and PhotoSocial. Combined, the two apps had over 200,000 users, Bargmann notes in his goodbye post on the PhotoDrive website.

And while the PhotoDrive service itself is being shut down, the post hints that perhaps something better is in store.

“Managing a life’s worth of photos is a big task, and I’m thrilled to be tackling this with the talent and scale of Yahoo,” writes Bargmann. “If you liked my products, I think you’ll love what’s up next.” 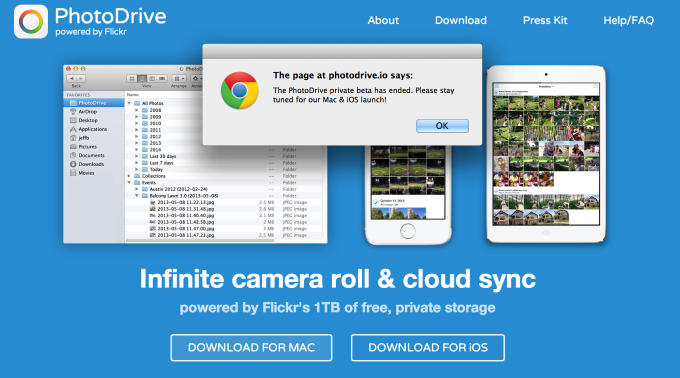 What made the service so great was not only how it offered a better way to tap into Flickr’s massive amount of free storage, but also that it offered a better interface for organizing and locating your photos after they were uploaded. Flickr’s own organizational tools, meanwhile, feel like a holdover from the pre-smartphone era, when we actually had time to think about building out “sets” and “collections” of photos by hand.

In PhotoDrive, photos could be searched for by date, location or category (e.g. “photos of my dog”), the website explains. Any changes you made in the iOS app would also sync over to a PhotoDrive folder on your Mac. And when you uploaded files from your Mac, PhotoDrive would de-dupe them so you wouldn’t upload the same one twice. 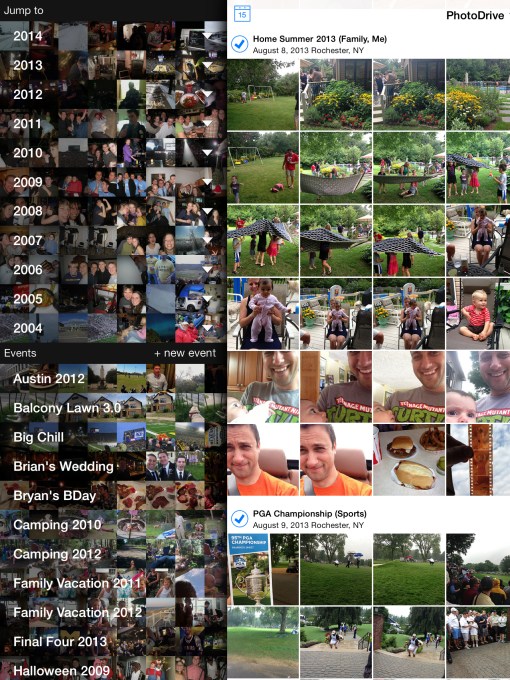 From TechCrunch’s understanding, Yahoo didn’t acquire any of the PhotoDrive technology, so it’s Bargmann’s choice to shut the service down. (We reached out to Yahoo, and they confirmed this.) But we did hear that something like it for Flickr could now be in the works, potentially replacing the current (and frankly, a bit decrepit) Flickr uploader.

On this note, Yahoo wouldn’t provide details saying only “we aren’t going to comment on future plans for the business.”

Bargmann will now report to Bernardo Hernandez, VP of product management at Flickr, who took over after Markus Spiering left for the startup EyeEm.

As Hernandez says on the Yahoo blog, the company was impressed with Bargmann’s talent and vision.

“Jeff was a one-man-show, doing everything from coding to design to business development – and he did an impeccable job juggling it all. We couldn’t help but notice his unique depth of talent and skill,” Hernandez writes. “We are excited to welcome him to the Flickr team, and are looking forward to adopting his vision into our beloved product.” 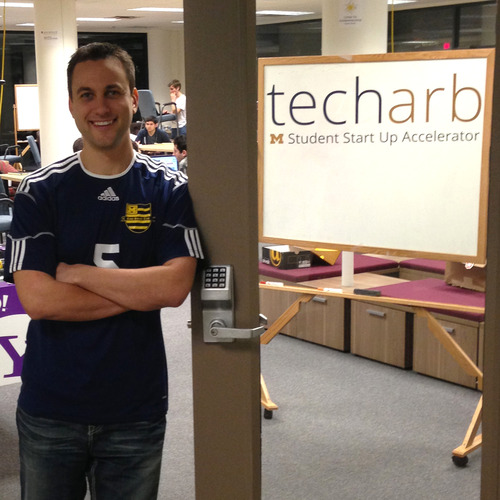