Facebook doesn’t show ads in Messenger or WhatsApp. Instead, payments could be the key to earning money on chat, especially in the developing world where ad rates are low. If that’s the strategy, Facebook just got the perfect executive to lead the charge. It’s poached PayPal’s president David Marcus to run its Messenger unit.

Facebook hinted that Marcus would be looking outside of ads for how Messenger could bring in revenue, writing in its announcement of the hire that “David is a widely respected leader in the technology industry with a track record of building great products and finding creative ways to turn them into great businesses.” For now, eBay CEO John Donahoe will be the interim PayPal president.

In a Facebook post announcing his move, Marcus wrote: “While I was in the middle of my thought process about what was next for me, Mark Zuckerberg and I got together. Mark shared a compelling vision about Mobile Messaging. At first, I didn’t know whether another big company gig was a good thing for me, but Mark’s enthusiasm, and the unparalleled reach and consumer engagement of the Facebook platform ultimately won me over. So… yes. I’m excited to go to Facebook to lead Messaging Products.” 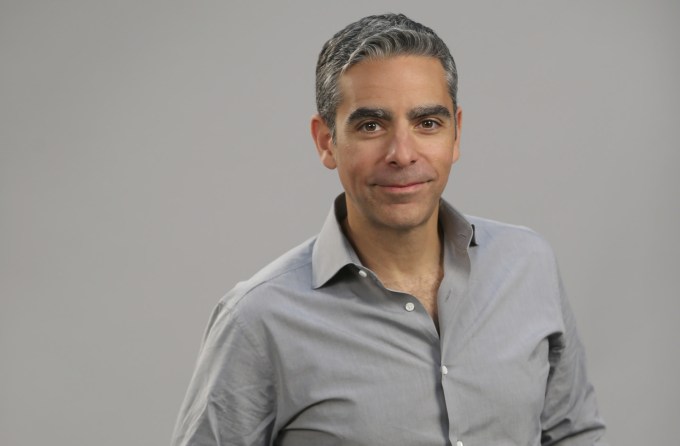 Facebook has previously said that it wants its standalone apps to hit at least 100 million users before it starts monetizing them. Messenger now has 200 million users and recent acquisition WhatsApp has 500 million, so they’re both definitely eligible. Both have been focusing on growth and boxing out the competition in the heated messaging space. But since monetization plans can take a while to get mapped out and then revved up, it’s smart for Facebook to start thinking about this now.

Facebook has already made some forays into the payments space. The Financial Times reported in April that Facebook had applied for an e-money license in Ireland that let it handle peer-to-peer money transfers in Europe.

Using Marcus’ expertise could one day help Facebook earn significant revenue from developing nations and the parts of the world it’s trying to connect to the web through Internet.org. In these markets, buying power is smaller in absolute terms because of lower currency values, cost of living, and more modest incomes of citizens. This makes it tough to earn serious revenue from ads. Facebook makes just 11 percent of its revenue from all countries outside of the U.S., Canada, Europe, and Asia combined. 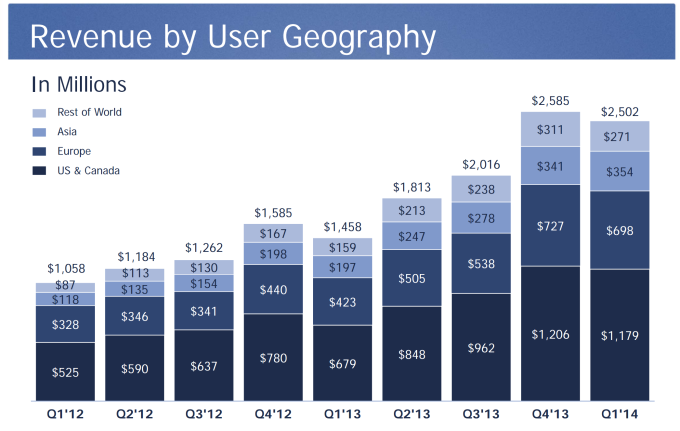 But one thing people do spend money on in the developing world is fees for payments and remittance. Mobile payments for digital and physical goods are starting to become popular in developing nations. Meanwhile, many migrants send money they earn back to family members in their home countries, but are forced to endure extortionate fees. Facebook could use the ubiquity of its mobile apps, including Messenger and WhatsApp, to disrupt the current players in mobile payments and remittance, earning those fees for itself.

Facebook and WhatsApp already know people’s social graphs so they can chat. Layering payments on top could be relatively simple. It could look a little like a combination of Messenger and Venmo, a slick peer-to-peer payments app that PayPal acquired along with its buy of parent company Braintree. The same way you select to send a photo with a message now, you could eventually add a money transfer.

In the developed world, this might help friends settle up for group dinners or shared taxi rides. But in developing countries, remittance through Facebook could become popular if it costs less and were easier than existing solutions. I’d imagine Zuckerberg’s vision for mobile messaging that he shared with Marcus goes something like “Messaging connects people directly and privately. Along with text and media, another big thing people send one another this way is money. By expanding Messenger to encompass payments, Facebook can bring families, friends, and colleagues closer by eliminating the barriers to sending and receiving cash.”