AOL co-founder Steve Case, via his investment fund Revolution Growth, has now made a second deal to fund a company focused on healthy eating. The firm is putting $30 million into Revolution Foods (no relation to Revolution Growth!), a company launched eight years ago by two women and mothers who wanted to find a better and more affordable way to provide healthier school lunches.

As with last year’s $22 million investment into organic salad chain Sweetgreen, Revolution Foods is not really a “tech” company, however.

And that means technically, I shouldn’t be writing this up on a site called TechCrunch. But better to ask for forgiveness…

These days, technology companies with their sky-high valuations are under increasing pressure to live up to their “change the world” rhetoric, but sometimes, I think it’s worth pointing out, that kind of change doesn’t come about by improved algorithms or new APIs, but by looking for a real-world problem to solve then figuring out how to fix it. And yes, sometimes that doesn’t require a technological leap, just an entrepreneurial one.

When Revolution Foods first started, it was preparing around 500 meals per day for three schools out of a 500-square-foot kitchen in Oakland, Calif. Today, the company is serving more than 200,000 K-12 students in 1,000 schools in 50 metro markets and delivering 1 million meals per week. 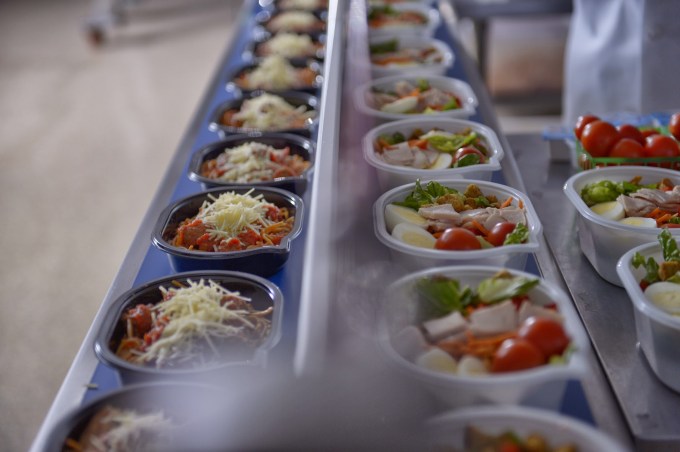 Co-founder and CEO Kristin Groos Richmond says of the company’s origins: “Kirsten [Saenz Tobey, co-founder] and I had a vision to I had a vision to dramatically increase to healthy, delicious meals for all kids across the country. We had both come from a mixed background of business and education and saw firsthand the impact that eating nutritious meals had on student success – in, and out – of the classroom.”

“We also believed that there was a large scale business opportunity to address the intersection of healthy, affordable, kid-designed and loved meals.”

The meals the company provides (breakfast, lunch, snack, supper) are National School Lunch Program (NSLP) and Child and Adult Care Food Program (CACFP) compliant, which means they’re reimbursable within schools’ cost structure, making them equally available anywhere. They’re also better for you, with natural ingredients, and without high-fructose corn syrup, artificial colors or flavors, preservatives, and trans fats. They include things like fresh fruit and vegetables, fresh-baked bread and meats with no nitrates and nitrites.

As the company’s website explains, these are meals prepared by chefs in kitchens, not labs.

Today, the program has spread to 26 major cities in the U.S. including Oakland, Denver, Houston, New Orleans, and New York and throughout Northern California, NY/NJ area, Colorado and elsewhere. Most importantly, 80 percent of the 1 million meals per week are going to students in underserved communities who are on the free and reduced meal program.

Or in other words, the majority of the students who are in most need of a healthy meal are getting it.

Richmond says the company has achieved a 100 percent compound annual growth rate since its inception, and will begin next fiscal year with an approximate $100 million revenue run rate. 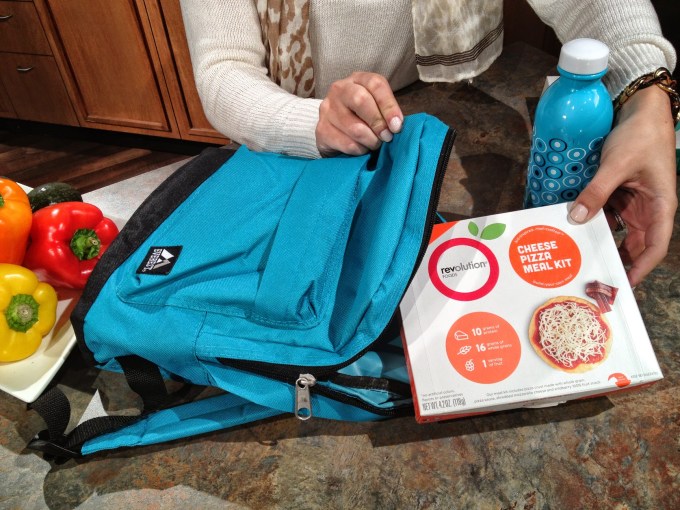 Now Revolution Foods is working to expand its retail business, launched last August, which the new investment will help with. Instead of those less than healthy “Lunchables” available to overworked, overwhelmed parents who are too busy to prepare a healthy meal for packed lunches (ahem, *looks around guiltily*) Revolution’s “Meal Kits” are currently available at 2,000 U.S. grocery stores, including Safeway, Von’s, HEB and others.

Headquartered in Oakland, Revolution Foods now has over 1,000 employees in seven culinary centers and its headquarters.