Google recently made waves by introducing the framework for a tool that will bolster email encryption through a coming plug-in for its Chrome browser. TechCrunch noted the complexity of the problem that Google is taking on, and that it seemed like a worthy task.

However, Google left a little easter egg in the code that is more than funny. Here’s the joke (via Zen Albatross, to whom we doff our cap): 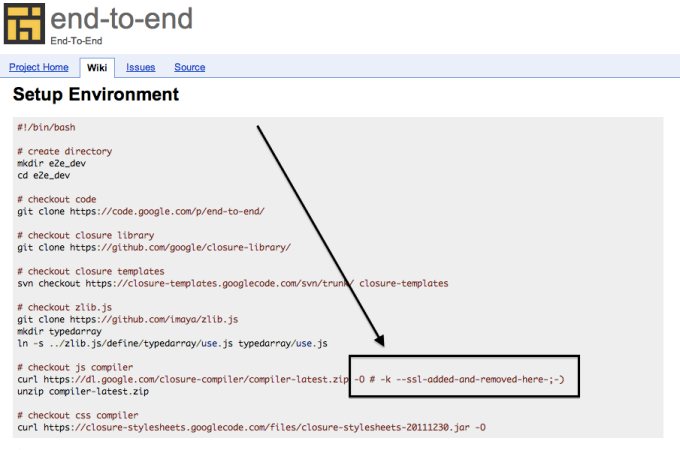 The “SSL added and removed here” is a dig at the NSA’s program to infiltrate data passed between Google and Yahoo data centers outside of the United States. Here’s the NSA slide on the matter: 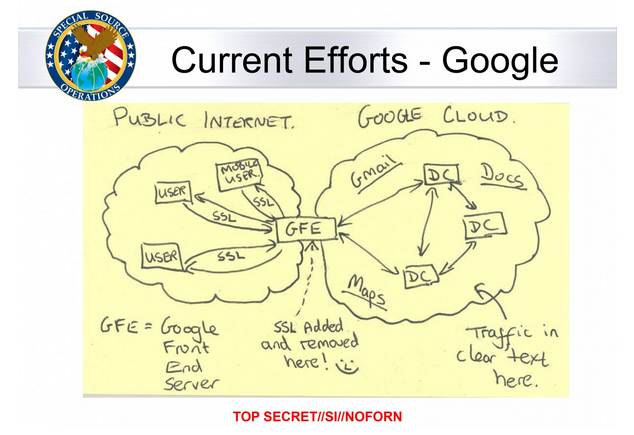 Can you spot the same text?

Google’s inclusion of the text in its email encryption code is ironic in that the NSA was working to get around a popular form of encryption, and so Google used the NSA’s own words in its new tool designed to bolster message security for email users.