Dinner Lab, an exclusive supper club that lets up-and-coming chefs test their recipes by preparing multi-course meals for a private audience, has just raised its first outside funding. The previously bootstrapped New Orleans-based company has scored $2.1 million in a seed round led by Dr. John B. Elstrott, the Chairman of the Board of Whole Foods, alongside other angel investors.

The company is similar in some ways to the recently shuttered social dining network, Grubwithus, a Y Combinator-backed company that has now pivoted into a social networking app. But while both companies focused on getting people together over classy meals, their business models differed.

With Grubwithus, groups of friends and strangers would head off to restaurants and dine under a prix fixe bill. Meanwhile, Dinner Lab is a private, membership-based service, where diners pay $100-$175 per year, depending on the market, for access to a calendar of events. They can then choose to buy tickets to these events, which in fully-scaled markets happen roughly 80 times per year. Meal prices are around $60-$85 per head, and include the tip, taxes, and unlimited drinks. 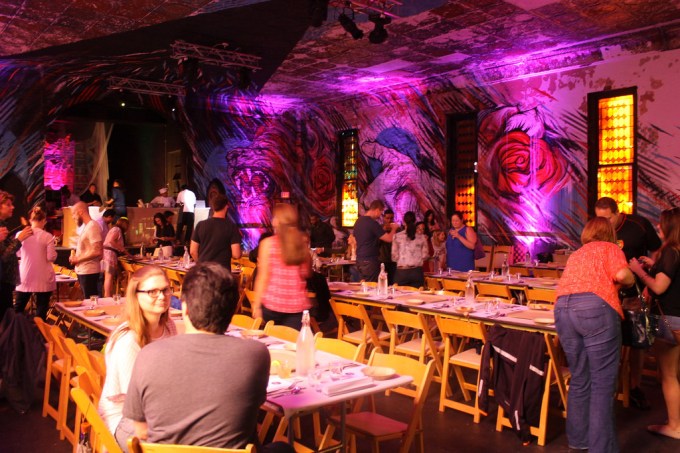 When the company was first starting out, it relied on word-of-mouth buzz. Memberships were initially capped, and dinners were announced the night before, Forbes reported last year. Today, the service is more broadly available and guests get a few weeks’ notice so they can make arrangements, Dinner Lab’s FAQ states.

Originally, the idea for the company grew out the co-founding team’s desire to find quality food later at night in New Orleans, a city known for its partying and after-hours scene. But while there were plenty of people who signed up for this earlier version of the service, they showed up, well, “completely inebriated,” laughs co-founder Zach Kupperman. “It was a terrible idea.”

“But luckily, the concept itself caught on. People loved the experience…and chefs loved the opportunity to get exposure for themselves,” he says.

Since launching, Dinner Lab has expanded to nine other cities, including San Francisco, L.A., New York, Atlanta, Washington, D.C., Miami, Chicago, Nashville and Austin. The service counts tens of thousands of paying members, and has hosted 800 pop-up dinners to date, which sometimes take place in interesting locations like abandoned warehouses, on helipads, or in motorcycle factories, for instance.

The company has also worked with hundreds of chefs who are looking to gain their own followings by connecting with local influencers and foodies. 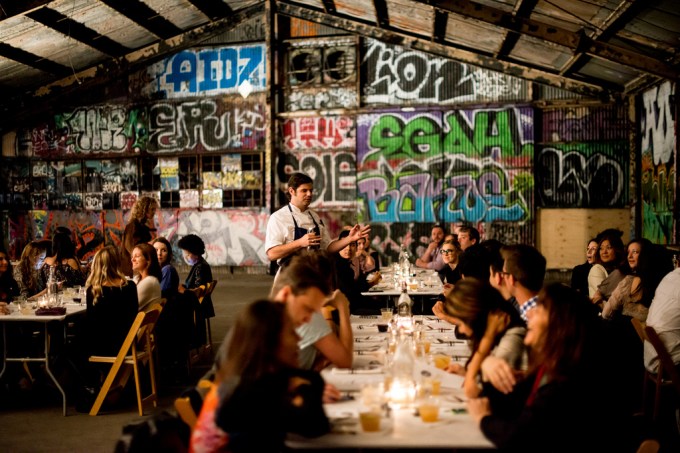 Today, Dinner Lab is helping those chefs better understand how what they’re doing works by surfacing the data from these dinner parties, which chefs can access via an online dashboard that tells them things like how they scored in different areas, how they compare with other chefs in the area, how well they did with the different demographics, and more.

With the additional funding, Kupperman says the now 50-person company will look to grow the data team to improve on that side of the business, as well as generally grow and scale the business. There are other potential avenues to explore in the future, if Dinner Lab chooses, thanks to its network of knowledgable foodie customers, breakout chefs and battle-tested recipes, he adds.