Apple has a new feature in iOS 8 that will surface app suggestions on the bottom left screen of your locked iPhone depending on your location, according to developers posting to the MacRumors forums. These include apps already installed on a user’s device, but also suggestions from the App Store that haven’t yet been purchased or downloaded, too.

The suggestions show up in the same location as the prompts for Apple’s Continuity features for using apps between iOS devices and Macs without breaking a sweat. These bring up contextually relevant software however, like allowing you to easily open the Starbucks mobile app when you’re in a Starbucks, or suggesting an app designed for a specific train station when you’re actually in that train station. These features appear to work with existing software, so they don’t necessarily require any modification on the part of developers, but they do appear to work with apps that interact with real-world cash points, ticket machines and registers. 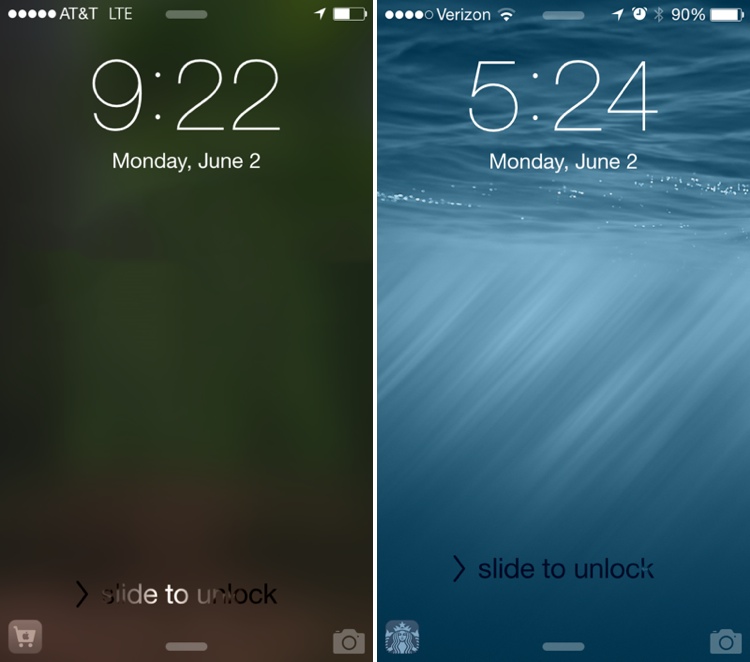 We’ve heard from one user that they saw a suggestion for the UCSC app when they were on the UCSC campus earlier today, giving them a direct link to the app in the App Store since it wasn’t already installed on their device. A similar story from a MacRumors reader details how visiting a Costco prompted a link to the Costco app in the App Store, too. Using the lock screen icon and swiping up accessed that app’s listing in the App Store, but the user wasn’t able to navigate to any other part of the store.

Apple introduced the ‘Popular Near Me’ feature to the App Store in iOS 7 last year, which brings up a list of apps commonly downloaded in your area by other App Store users. This adds a whole new level of contextual relevance to App Store discovery, however, and it also paves the way for higher engagement and rediscovery on apps that a user has already downloaded but may not always remember to use. It could really help drive more return visits to things like loyalty and other Passbook apps, too, making it much more worth their time for developers to build those integrations into their software.

Contextual smarts are increasingly important to smartphone platforms, and in many ways this functionality competes with Google Now, but goes a step further by giving users prompts that can lead to immediate action in any particular location. It’s also unobtrusive enough that users shouldn’t feel intruded upon by the suggestions. Not everything from the early betas make it into the final release versions of iOS, however, so we’ll have to wait and see how this develops, and what applications it ends up being available to in the end.