While there is some appetite for reform of the intelligence activities of the United States government in the House of Representatives, votes to not fund the NSA and other agencies remain slim. 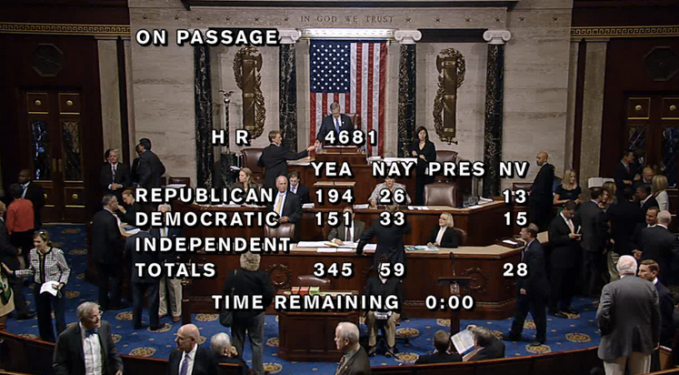 The spending levels contained in the bill are classified, of course. Previous leaks pegged such spending in the $50 billion range.

Efforts to selectively defund parts of surveillance programs that many found to be overly invasive have failed in the past. Rep. Justin Amash, known for his now-dead ‘Amash Amendment‘ that would have ended the NSA’s domestic telephone metadata program, voted against today’s measure. As did Rep. Zoe Lofgren, Rep. Jared Polis, other voices usually associated with stronger takes on needed reform of the intelligence organs of the United States.

According to The Hill, bipartisan leadership argued in favor or passage of H.R. 4861.

It’s been a somewhat dispiriting period for those in favor of reformation of the National Security Agency and its ilk. After several promising amendments to a funding bill failed, and the USA FREEDOM Act was neutered and kicked upstairs, today’s vote shows few in the nay column.