Personal finance software provider HelloWallet, a one-time competitor to Intuit’s Mint, has been acquired by investment research provider Morningstar, which was already a minority investor in the company. The acquisition sees HelloWallet sold for $52.5 million. However, Morningstar will pay $39 million because of its previous investment, now valued at $13.5 million, in the company.

Founded in 2009 by consumer finance expert Dr. Matt Fellowes (who is also joining Morningstar), HelloWallet was somewhat similar to Mint when it launched, as it allowed consumers to proactively manage their personal finances. But HelloWallet also wanted to become more of a full-service financial adviser, finding savings and other opportunities for its members, and helping users set goals like buying a home or car, saving for college, reducing debt, saving for retirement, and more. 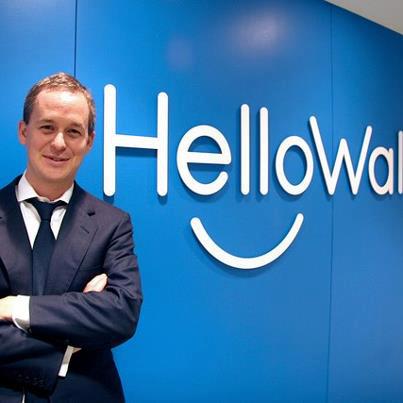 The company raised $3.6 million in Series A funding from Grotech Ventures and AOL co-founder Steve Case in 2010, and then another $12 million from Morningstar and TD Fund for its Series B.

HelloWallet offers consumers tools to track their finances on web and mobile, initially on iPhone before launching on Android in summer 2012. On the app, users could view budget details, their cash balance, as well as the company’s unique location-based spending guidance, which used the phone’s GPS to determine how much you had left to spend at a particular venue, based on how much you had budgeted for that spending category (e.g. shopping, dining, etc.)

However, unlike some competitors in the personal finance space, HelloWallet didn’t allow banks to advertise on its service. Instead, the company focused on selling to the enterprise, allowing businesses to offer the service as an employee benefit. As of 2012, it had sold over 350,000 subscriptions. To date, the company says it offered “guidance” to over 1 million U.S. workers and their families.

In addition, HelloWallet had a client base that included retirement plan sponsors like Marsh and McLennan, United Technologies, and Salesforce.com. In total, it had 20 customers (those who paid for the service and provided it to employees), including 17 plan sponsors and three plan providers.

Going forward, the two companies will work together on creating a “holistic” solution for the retirement market, they say. Morningstar itself has nearly 1 million individuals enrolled.

“Most important to know is that Morningstar is fiercely independent and committed to amplifying HelloWallet’s mission to democratize access to holistic financial guidance for American workers,” it stated, regarding the acquisition.

HelloWallet has around 50 employees in Washington, D.C., and Morningstar expects to retain the whole team.

Though HelloWallet and Mint clearly had different business models, their goals – better personal finance management for consumers – were roughly the same. For reference’s sake, Mint went to Intuit for $170 million in 2009.