Seattle-based ExtraHop, a service that offers real-time analytics based on analyzing data right off the wire instead of using software that runs on the server, today announced that it has raised a $41 million Series C round led by Technology Crossover Ventures (TCV). While TCV may not be a household name, the company has previously invested in the likes of Zillor, Expedia, Splunk and Spotify. TCV’s Tod Coons will join the company’s board of directors.

Other participants in this round include existing investors Meritech Capital Partners and Madrona Venture Group, as well as private investors including Sujal Patel, former CEO and founder of Isilon Systems. 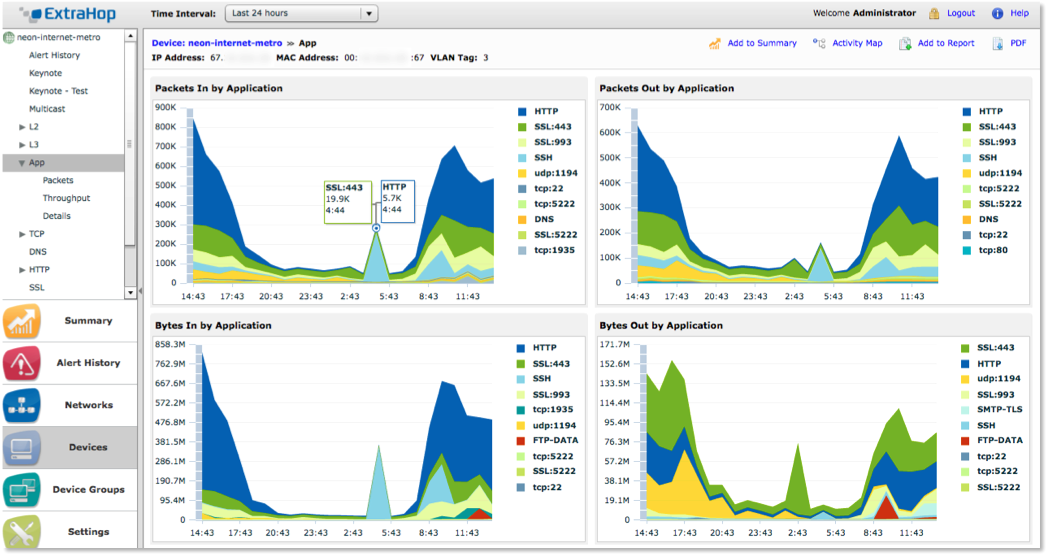 ExtraHop, which was founded by former F5 Networks architects Jesse Rothstein and Raja Mukerji , says that it has seen 150 percent year-over-year growth between 2012 and 2013. The company’s current users include Lockheed Martin, Concur and Morgan Stanley. It plans to use this new funding round to expand into new markets, as well as to build new products around its Wire Data Analytics platform.

Because it grabs data at the wire level without using profilers on the server, the ExtraHop platform can look at anything from monitoring databases to telecom networks. A single high-end ExtraHop appliance can analyze up to 20Gbps, but the company also offers a wide variety of smaller hardware modules and virtual appliances for Amazon’s cloud platform for customers who don’t need that kind of throughput.

ExtraHop CEO Rothstein argues that this allows the company to do the kind of sophisticated analysis that other companies in this market can’t offer. He believes this is a significant market opportunity for his company, and there are clearly some VCs that share his view.