Connected devices company Nest, now owned by Google, has been lauded — mostly, it must be said, by the tech press — for turning its attention to the utilitarian devices in your home.

The ones no-one loves. The no-frills, (usually) beige plastic devices that squat on the wall or ceiling of your home doing one thing and one thing only, and thus ungraciously limiting possibilities for interaction. How dare they be so boring!

Nest has been praised for seeking to make them ‘smart’. Make them feature-full and full of fancy. For beautifying the beige.

“Artfully designed, connected up with your smartphone, and full of features that work better than what it wants to replace,” is how we described the Nest Protect update to the plain old smoke alarm/carbon monoxide detector when it launched in October last year.

Since then the Protect has run into some problems. Indeed, just last week, details of a recall of all 440,000 sold devices came out — the safety snag being a ‘wave to dismiss’ gesture feature that apparently runs the risk of being triggered unintentionally — meaning a genuine alarm could be inadvertently switched off, leaving the occupants of the ‘smart connected home’ to choke in their beds. 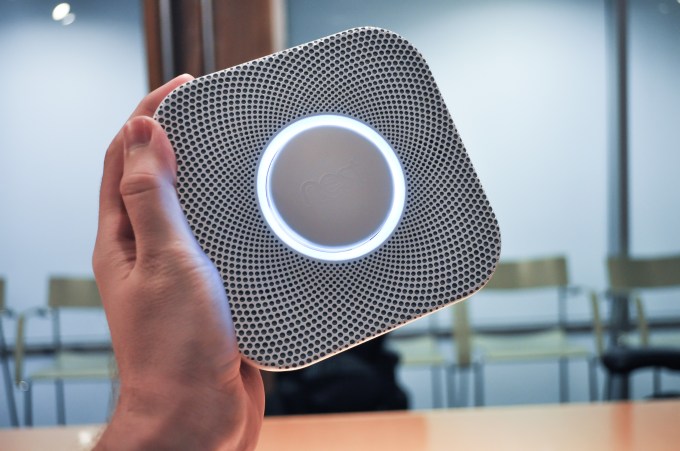 Ok, I’m painting absolutely the worst case scenario there. But the risk stands, hence the safety recall. Boil it down further and the risk is of a fancy feature interfering with core functionality. Which does sort of underline why these sorts of in-home, safety-focused devices might actually be so 1.0 in the first place.

Perhaps being focused exclusively on one function isn’t so dumb after all if your core functionality is to ensure the safety of human life? (Related: the tech Nasa used for the Moon landings in the 1960s would be considered hilariously basic by modern standards. But it still got them to the Moon. And back.)

The point is, fancy gestures or soothing voices that inform you your house is burning down, are, well, pointless movie-inspired frippery — if, y’know, your house is burning down. A device that declaims: “GET THE **** OUT NOW!” might have been more tonally appropriate — but is still just as unnecessary when all that’s required is a reliable, high pitched, continuous electronic scream to wake you up before you die.

Emphasis on the word reliable. And, well, death.

I’d argue the Nest Protect’s additional features even go beyond pointless frippery. Really this is just sexy marketing hoping to lift additional dollars out of consumers’ pockets for a device that — at its best — should go entirely unnoticed. Unless you are unlucky enough to need to notice it.

A device that it must be said is (normally) incredibly cheap to buy — thanks to mass production. Which is amazing. Myriad lives are being saved because of this (apparently) basic utilitarian device. What’s so dumb about that?

If Nest had focused time and energy into, say, seeking to make incremental improvements on the sensor tech inside smoke alarms so they become even better at judging the density of the particulate matter in the atmosphere and thus become fractionally less likely to trigger from a harmless slice of burnt toast then they wouldn’t have garnered so much press. But they might have actually have made a better smoke alarm.

But their focus was way more fuzzy than that. They were trying to engineer the ’emotion’ of smoke alarm interaction. (“We wanted to create something really emotional. Something that people could really like and embrace in their home, not just buy because the government tells them they have to,” was how Tony Fadell put it). Which, frankly, doesn’t sound quite so essential as detecting fire. Or maybe that’s just me.

Throw in the fact Nest is now owned by advertising behemoth Google and more potential fuzziness arises — wending its way like a snaking tongue of smoke betwixt core functionality and business strategy.

Just last week an SEC filing emerged in which Google apparently anticipates serving ads to all sorts of devices in future, such as thermostats (Nest of course also makes a smart thermostat) and refrigerators and car dashboards and glasses and watches. 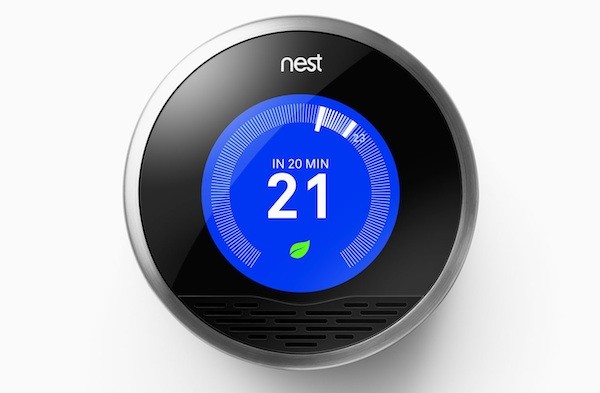 (They did, admittedly, miss smoke alarms off the list. But perhaps ads telling you how refreshing a certain branded drink might be at the moment your house is burning might be a step too far, even for an overreaching ad giant.)

Now it should be said that Google quickly put out a statement qualifying the SEC filing thus:

“We are in contact with the SEC to clarify the language in this 2013 filing, which does not reflect Google’s product roadmap.  Nest, which we acquired after this filing was made, does not have an ads-based model and has never had any such plans.”

So, sure, Nest’s ‘beautified’ connect home devices might be expensive enough to be protected from the crude intrusions of adverts thrusting their marketing messages right inside your home — but make no mistake: other, cheaper ‘smart connected devices’ running Google software won’t be.

(Fadell made this point in a quote given to Re/code: “Nest is being run independently from the rest of Google, with a separate management team, brand and culture. For example, Nest has a paid-for business model, while Google has generally had an ads-supported business model. We have nothing against ads — after all Nest does lots of advertising. We just don’t think ads are right for the Nest user experience.”)

So while Google may not actually be planning to make all of the in-home and other hardware devices in that SEC filing list itself, it’s certainly planning on pushing its eyeball-seeking tentacles inside as many connected devices as it darn well can.

And it probably has to. Looked at from the perspective of its ad-focused business model, Google needs to deliver ads where the eyeballs are, and as more and more types of devices in and around our person get connected up and become ‘smart’ (for smart also read: ‘capable of displaying ads’), the eyeballs are likely to shift off of their current fixated focus on the phone.

That splintering of our attention makes Google’s transformation into an advertising octopus — i.e. an entity pushing its tentacles into all the terminals/devices we spend time looking at — a future imperative for its business.

This could, of course, get insanely dystopic. Falling in love? Think of all that time you spend gazing into the eyes of your beloved. That’s time not spent looking at adverts! So what if on-eyeball advertising real estate becomes a thing — whether that’s via Glass or smart contact lenses or VR headsets. Is that the apple of your beloved’s eye? Or the Apple logo? Better take a closer look…

And as for driverless cars, they transform a former driver who needed to keep eyes on the road into a pair of fancy-free eyeballs, just a-waiting to be grabbed with eye-catching digital stuff as the robot-car autonomously delivers them to their destination, perhaps routing in the odd detour, here and there, to put them in proximity to particular eateries that have paid for in-car ads. 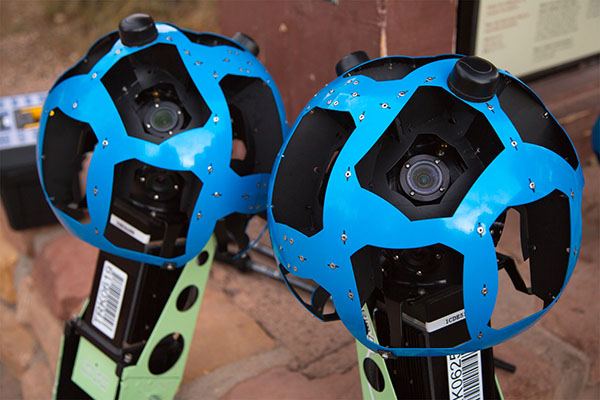 So here’s the thing: is your current thermostat (or smoke alarm or fridge or car dashboard) really dumb enough that you’d be happy to trade its beige modesty for a garish box that chirps at you that now it’s 23 degrees you might like to try the latest branded sugar water? Or pipes up to say you’re just passing McDonalds and there’s a deal on extra large fries?

To me that all sounds a lot more life-intrusive than having to push a few buttons to reset a ‘dumb’ device now and again. The dumb devices are at least honest about their intentions, even if interacting with them is a bit boring.

Something being a bit boring sounds like an incredibly small price to pay for the welcome peace of not being marketed at.

The future of connected devices which Google’s tentacles are groping towards is a place where all devices have an ulterior motive. Where all devices are HAL. Sure we have some of those devices now, in our pockets, but there’s something far more invasive about pumping ads into the essential tech infrastructure of your home. Or directing it into wearables that live on your actual person.

It crosses the fucking line. 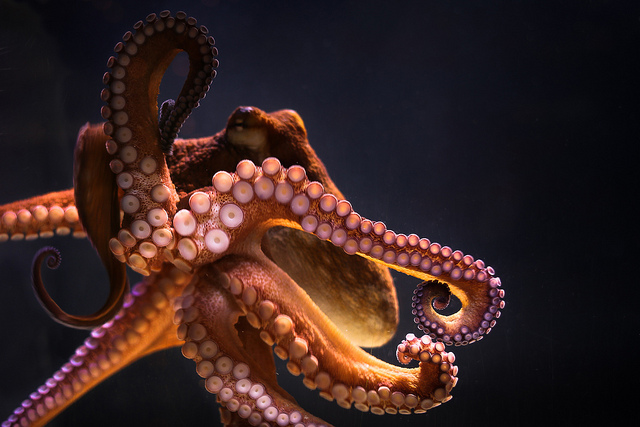 The best defense against Google the ad-serving octopus will be owning devices that don’t require your eyeballs on them more than they have to be.

Devices that are smart/stupid enough to just get on with stuff without the need for or scope for fancy interactions.

That are beige enough to blend in, rather than trying to catch your eye. 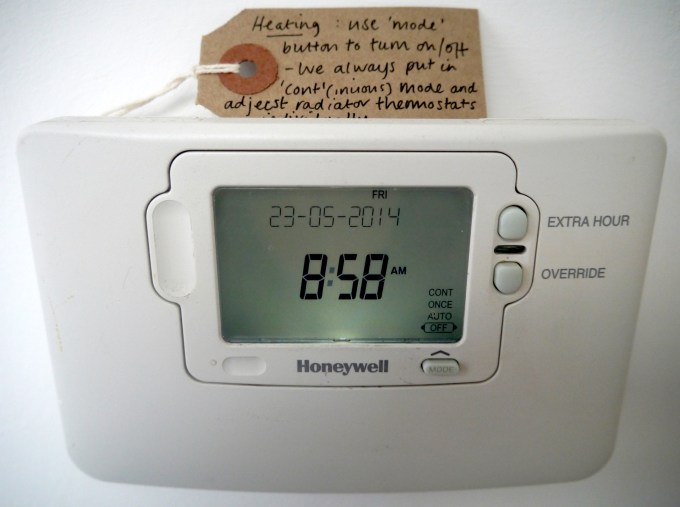 Whether these kind of ‘dumb’ devices will end up being more expensive — for the privilege of not doubling up as an ad-terminal — remains to be seen. (Assuming, that is, we’ll still be able to buy devices that are so ‘dumb’.)

In the mean time, take a good look at that beige button-clad box you’re hating on right now — because it might end up a luxury item in future. Being as, y’know, it doesn’t try to dictate how you live your life.

Doesn’t seem quite so boring now, does it?