Google today announced that CoreOS, a specialized Linux distribution for computing at the scale of companies like Google and Facebook, is now officially available on its Compute Engine. This puts the Y Combinator alum right next to industry heavyweights like Debian, RedHat and Suse, which are among the default choices in Compute Engine’s control panel today.

This is clearly a major win for the CoreOS team, which received funding from the likes of Andreessen Horowitz and Sequoia last year. The company argues that Google’s cloud service is “a perfect base” for CoreOS clusters. By default, CoreOS supports Google’s default load balancers and replica pools, so scaling a CoreOS cluster on this platform should be pretty straightforward.

As Alex Polvi, the founder and CEO of Core OS told us, “A lot of our work at CoreOS is inspired by the work done by the ChromeOS team and Google’s distributed systems. We are excited Google Compute Engine users can now use CoreOS, and get the same infrastructure capabilities that Internet giants use today.”

At its core, the operating system is a stripped-down version of Linux that centers around building clusters for the increasingly popular Docker container virtualization technology. Just like Docker is essentially a more lightweight and less resource-intensive way of handling virtual machines, CoreOS is a lightweight operating system for working with containers. While you could run it on a single machine, CoreOS was designed to run containers on multiple machines. 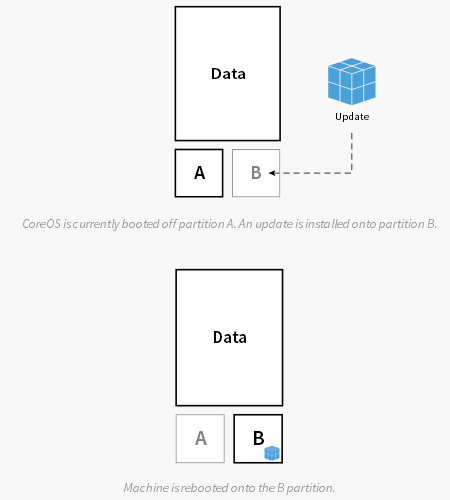 The operating system has a number of other interesting tricks up its sleeve, too. It uses two root file systems, for example, so when an update needs to be deployed, the system will first update the one that is currently inactive and then reboots from that updated partition and does the same for the second one. Unlike other Linux distributions, CoreOS simply downloads a completely new root filesystem when it runs an update. More traditional distributions update package-by-package, but the CoreOS team argues that its approach means rollbacks are significantly easier.

Google will make CoreOS available in the Compute Engine control panel in the next few days. If you want to give a try before, you can follow the instructions here.