Mobile photo-sharing application Cluster, one of the better-designed apps for creating albums which can be shared with and collaborated on with friends, is rolling out several significant changes today. With “Cluster 2.0,” as this released is called, the company is introducing tablet versions for Android and iPad, adding support for video and notes, and most importantly, it’s now going “all in” on private group sharing, which the team realized was one of the most popular use cases for their photo-sharing application.

But Cluster so far has yet to break out as a runaway hit, currently ranking in the high 300’s in the “Social Networking” category on the iTunes App Store (source: App Annie), and sporting somewhere between 100,000 and 500,000 installs on Android, according to Google Play. That’s a shame, because Cluster is actually one of the better-built apps I’ve come across, and has earned itself a homescreen spot on a page where most photo-sharing apps find themselves stuffed into folders. 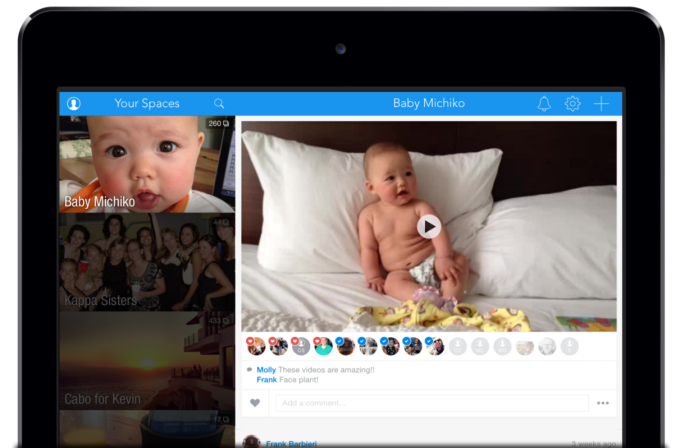 Unfortunately, like many of these apps, Cluster faces some heavily engrained competition, in the form of users’ default behaviors when it comes to sharing photos: SMS and email. (And, on iPhone to some extent, AirDrop.)

So it makes sense that Cluster would try to now piggyback on the private social networking trend prevalent today, to turn what was before primarily a social photo album maker into more of a group networking experience. With Cluster 2.0, the company is doubling down on private group sharing after seeing these kinds of closed groups pop up for everything from family photos to pictures shared by fraternities and sororities which might not be appropriate on a more public network like Facebook. 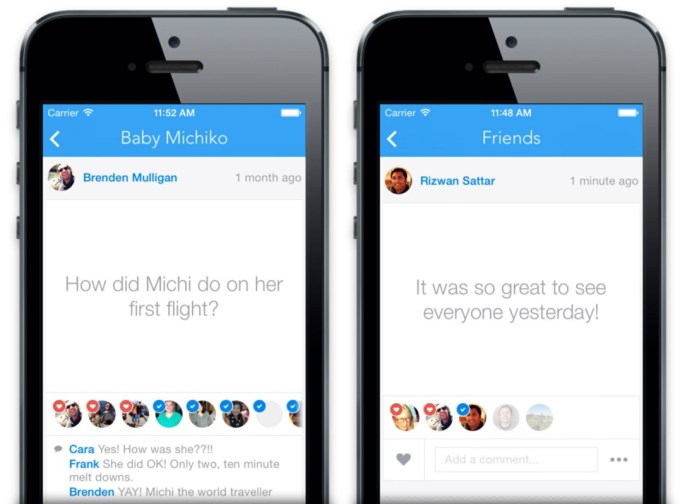 With the new release, you can now see exactly who is able to view the photos you’re sharing, and once those photos hit the main feed, you’ll be able to see who viewed the photos and who liked them via small avatars – an interface design similar in style to mobile social networking client Path. Being able to see who’s viewed a message, even if they’re not liking or commenting, can be helpful in smaller, private social networks like this to give a feeling of engagement, even when people aren’t taking specific, overt actions to engage with the post itself.

Also new today, the company is adding support for video-sharing, posting of “Notes” for quick messages to a group, and support for iPad and Android tablets, a much-requested feature.

The updated version of Cluster is live here in Google Play and here on iTunes.