Getting a meeting with a top venture capitalist is tough unless you’ve got the right connections. For all the talk of meritocracy around product development, raising money is still a bit of an old boy’s club. The Leukemia & Lymphoma Society (LLS) is offering chances to break into the club house with today’s launch of its 5th Annual VC Auction. Meetings with A-list VCs and founders go to the highest bidder, and the money goes to cancer research.

The “win a meeting” fundraising model isn’t particularly unique. Everything from the screening of Veronica Mars to our own Disrupt Conference has been used to raise money for a company or cause (and not always a good one). Heck, CharityBuzz and Prizeo are making a whole businesses out of it.

But this isn’t about winning a meet and greet with Paul McCartney. Pitching a prestigious fund could change your business, but getting access can seem impossible to some. Those of us entrenched in the Bay Area may forget this as it seems like everyone has a roommate, friend, old college buddy whose company was funded by [insert VC name here] and can provide an introduction. For those new to the area or living outside it (gasp!), navigating the network to get these meetings can be an uphill battle. Scouring LinkedIn to find your 3rd degree connection to 500 startups isn’t an unheard practice for many early companies.

Providing an opportunity to meet, albeit for those few with the required financial means, can be small way of granting access.

The majority of bidders from past VC auctions are not surprisingly  from outside the US, particularly international locations, places like Australia, Philippines, Poland and Russia. Of course, funding ecosystems exist in the locales but perhaps aren’t as robust as SF or NYC.

Last year, a founder, Ray, from the Philippines, bid for and won meetings with Battery Ventures, NEA and Blumberg Capital. One of the key take aways for him was to focus his company where it has the biggest competitive advantage, which ended up being NOT in the US. Earlier this month, he soft-launched his app and cites the insights from his VC auction meeting as particularly helpful in focusing his company on the local market. 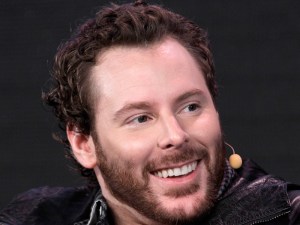 For you Bay Area natives, in the past 5 years, the LLS Auction has raised over $500,000, 100% of which is donated to LLS Research Fellows at UCSF, Stanford and UC Berkley. This funding stays local and helps support PhD level research at California schools.

So why don’t the VCs, flush with their IPO earnings, just directly donate to LLS or whatever cause they see fit? Well, that’s a fair question as there are more creative ways to auction off time than taking ramen money out of the hands of aspiring entrepreneurs. Maybe one of the VCs can win another’s auction and they can have a monocle-clad lunch while fighting cancer.

And if you don’t have the cash to win one of the auctions, you can join me in trying to stalk these people for free at the Creamery.