Monument Valley, an iOS game made by London-based app design studio ustwo, has launched on Android — after racking up an impressive 500,000 downloads on the App Store in just over a month.

The Android version of Monument Valley is priced the same as the iOS game — with ustwo continuing to take a deliberate stand against in-app purchases for this premium mobile gaming title.

The sumptuous looking Monument Valley launched on iOS back in early April, priced at $3.99/£2.49. The game was described by TC’s own Darrell Etherington as a “legend in the making“.

Having completed its 10 levels myself I can also lay ample praise on the design, although — from a gameplay point of view — it’s more gentle hand-holding than full on action adventure.

Still, the attention to detail shines through, coupled with thoughtful visuals and intentionally mind-bending geometry — the latter in homage to MC Escher. 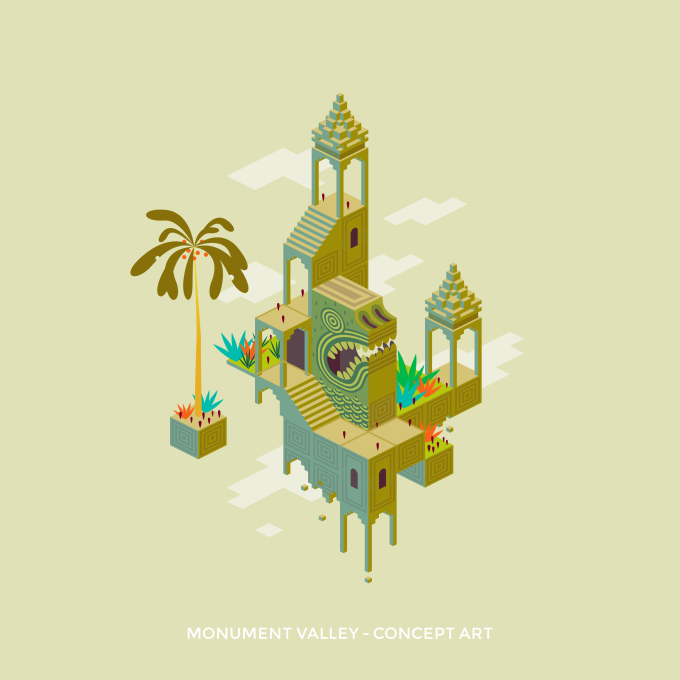 Mobile gamers have evidently been smitten. As well as a decent downloads figure for a premium paid app, ustwo says total play time since the game launched amounts to 188 years — with the most play time in a single day summing to a cumulative 12 years’ worth of tapping and eyeballing. The studio made its production costs back on MV within a week.

While Monument Valley was originally intended — and indeed, described — as an iPad game, it expanded to include the iPhone too at launch. So no surprise that ustwo is now also adding Android .

Peter Pashley, technical director of ustwogames, tells TechCrunch it’s also considering other suitable platforms — albeit, it’s made no firm decisions yet about where else MV might wander.

The dev challenges of taking the game from iOS to Android were mitigated by ustwo using Unity‘s game engine, according to Pashley.

“On the whole, Unity does an great job of smoothing over Android device fragmentation.  There were some fundamental issues that we needed to address to make sure we could run on all the Android GPU families, but compared to doing an Android port of a custom engine it’s been remarkably easy,” he said. 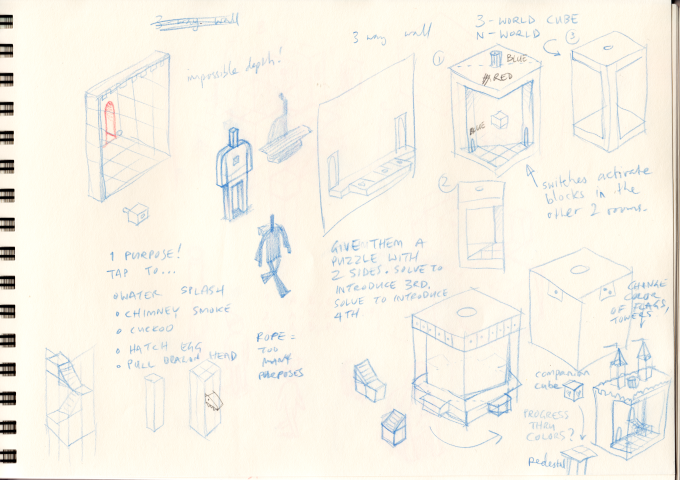 The relative brevity of Monument Valley has been commented on by some reviewers — and ustwo itself says the average time to complete the game is just 1 hour 34 minutes. But Pashley says the aim was always to deliver a “complete experience” for gamers — something that feels akin to watching a film or listening to an album. So ‘well-crafted’ but ‘bite-sized’ was always the intention. That philosophy has gone down well on iOS — and it will be interesting to see how well it translates to the Android platform.

Despite wanting to craft something complete, the studio is now working on some new levels for Monument Valley, fueled by the early success and based on ideas that didn’t make it in to the game the first time round. Pashley says they may end up offering these levels as “lost scenes” that sit alongside the main game — to give players a tidbit more MV. Hopefully they won’t be offering these as an in-app purchase but a ‘bonus extra’. 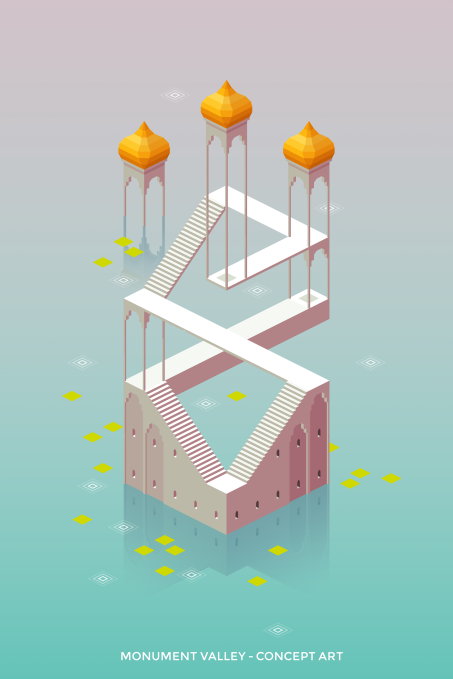 ustwo has also partnered with iam8bit to be able to offer ‘gallery quality’ prints of Monument Valley artwork and other merch — via an in app link to a shop where branded kit can be purchased — to expand the title’s revenue potential (i.e. without having to stoop to gameplay disrupting in-app purchases).

“I would hope that Monument Valley is proof that mobile gaming is not a monoculture, rather it’s a spectrum just like any other medium,” says Pashley when asked whether Monument Valley offers a beacon of hope to mobile gamers frustrated by in-app purchases harshing their gaming vibe.

“It’s hard to argue with the profits made by games like Clash of Clans so it’s easy to understand why many developers are contending for that crown, but our hope is that more developers will have confidence in their game no matter which business model suits it.

“As the market matures and more smartphone owners look for a range of entertainment on their devices I think that there will be an expanding place for really high quality works to shine.”