A new photo editing application for iOS called Litely, created by the professional photographer responsible for a number of Instagram’s filters, has climbed its way to the top of the App Store in the days following its release earlier this month. Today, the app is #3 Overall on the App Store’s top charts (free apps), and #1 in the Photo & Video category, thanks in part to some heavy promotion from Apple itself, which is featuring Litely as one of the “best new apps” as well as an “Editor’s Choice.”

The accolades are fitting, because Litely is a simple, but elegant photo filtering application which lets you experiment with a whole new range of photo presets, inspired by cinematic tones.

The app was created by pro photographer Cole Rise, who shoots landscapes and travel photography, and who has worked for National Geographic, as well as with tech companies like Apple, Google and Sony. But you probably know his work from Instagram, where he helped to create the Amaro, Hudson, Sierra, Sutro, Mayfair, Willow and Rise filters.

Before the launch of the Litely app, Rise’s new film-inspired presets were only available online, aimed at other professional photographers using Lightroom, Photoshop, Aperture and Adobe Camera Raw, for example.

Now, they’re all available in the iOS application, some of which are free, while others are offered as in-app purchases. 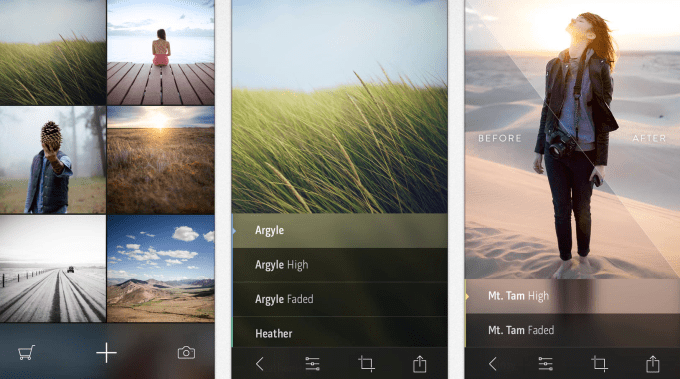 In the new app, the filter packs are grouped by themes. For example, an earth tones pack is called “Origins,” while a pack of warmer tones called “Venice” is inspired by Venice Beach. Another called “Cinder” recalls old, black-and-white films.

What’s nice about these filters versus, say, several of Instagram’s or those found in competing app Aviary, for instance, is that the effects are more subtle. The idea is to bring out the natural beauty in the photos, without over-treating them with over-saturated effects. (You know, the whole, “oh I see you’ve used a filter there,” kind of experience you often have today). Photos look brighter or warmer or faded, for example, but in a more fine-tuned way than previously possible.

To use Litely, you tap to apply the different effects, and can even take a peek at the “before and after” by tapping the photo with two fingers, which is a handy trick. You can crop photos, as well as adjust exposure, vibrance, sharpness, and more. And here, you can actually drag your finger anywhere on the image to make those adjustments, which feels more natural than trying to place your finger on the small slider itself.

Litely also supports panoramic photo editing, thanks to its use of the iPhone’s gyroscope which lets you tilt the device from side to side to see more of the image in question. 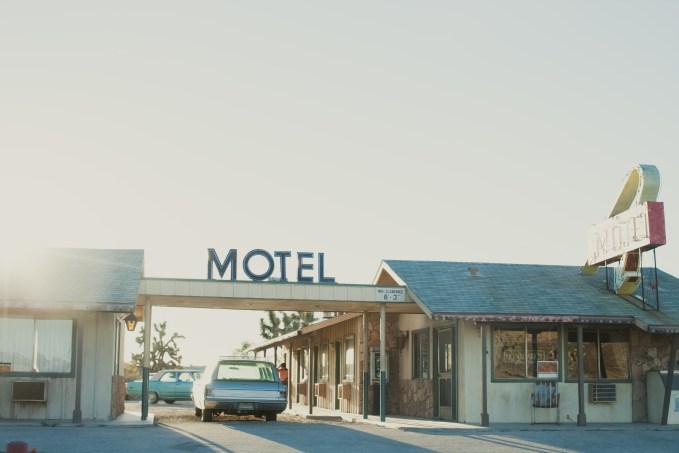 What’s best is that, overall, Litely is designed to be easy and straightforward enough for even a amateur photographer to use – it’s just a matter of tapping a preset and making some tweaks.

Litely users receive a starter pack of 9 presets upon download, and additional packs are $1.99 each. Litely generates revenue by the in-app sales as well as those on its website.

The app is available here on iTunes.