It’s never good for someone inside an organization to defend its actions to the outside. It smacks of self-serving and one-sided debate, and, as the Bard wrote, “the lady doth protest too much, methinks.”

Be here I go protesting too much.

Valleywag’s Sam Biddle wrote a fairly even-handed look at Disrupt after visiting us for one day. He saw the flop sweat of the entrepreneur, the smug looks of men with too much money exhorting other men with a little money to give up money entirely, and the efforts by our team to produce an event that will extricate as much of that money as possible. Biddle, whom I count as a friend, called the former the “Lost Children Of TechCrunch Disrupt,” which is a fine image, and his piece, if taken out of context, is an interesting look at what I call the theatre of entrepreneurship.

Sam, here’s what you didn’t see (and this is why I attend year after year and why, after eight years, I still work here). First, you didn’t see the efforts by our team to give attendees as many breaks as possible. We attempt to include about every small startup, whether they’ve paid for a table or not, whether they even paid for a badge or not, in the “engine of change” that is the Silicon Valley experience.

Many of our attendees, for example, are students or bootstrappers who get free tickets just for taking part in our free hackathon. Many of the tables are winners of regional pitchoffs who have been given free tickets or free tables by staff who have flown around the world to sit through pitch after pitch to find a few that can make it. The people on stage come for free, and are primarily unpaid (I think Arrington still gets cash), in order to talk to a group of people who really want to hear them. 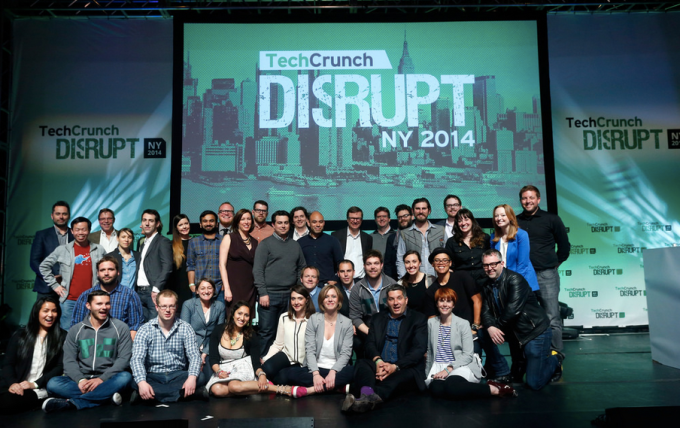 Second, you didn’t see the value we try to add. We try to write about nearly everyone we meet. There are certain cut-offs, though. I tend to favor those who reach out to me after events with a quick email (I’m at john@beta.techcrunch.com) and then I can work with them on a longer announcement.

We also cover hackathon participants and Startup Alley participants and people on the floor via several videos and in our posts. We never sit backstage helping the rich get richer if I can help it.

As for our “secret signals,” understand that we talk to a lot of people and we’ve been through a lot. Mike has been spit on. We’ve been threatened outside of events. We need to protect each other. That said, I’ve spent many a night pushed up in a corner talking to someone who might be a little too enthusiastic about fish delivery. I’ll take my lumps. 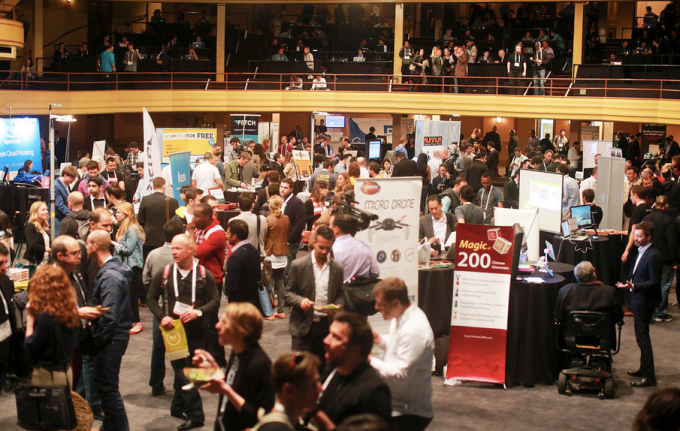 For many, Disrupt is aspirational, a sort of tech Graceland where those who love the thrill of working all night to build something cool can go in order to say to themselves, “That guy made it, so can I.” Our winners have gone on to make amazing things. I’m proud to be part of it. The money, in my eyes, is secondary. It’s a cliché, sure, but it’s true. And if a cool company like Makerbot gets funded at the event, in a little side room, I’m really happy.

Sam, you looked at this the way a big city reporter writes about a State Fair. You write that the bumpkins are killing themselves with fake food, drinking horrible beer, and milling about in tents that smell of cattle. Their kids are pushing over portable toilets while the fair owners rake in the cash. Country stars appear on the fair’s main stage and play five or six songs while drunk or high and then stumble into their tour bus with a curse and a fart. Absolutely. You can go to any fair and see that and you can say it’s awful. But there’s a reason that fair exists. 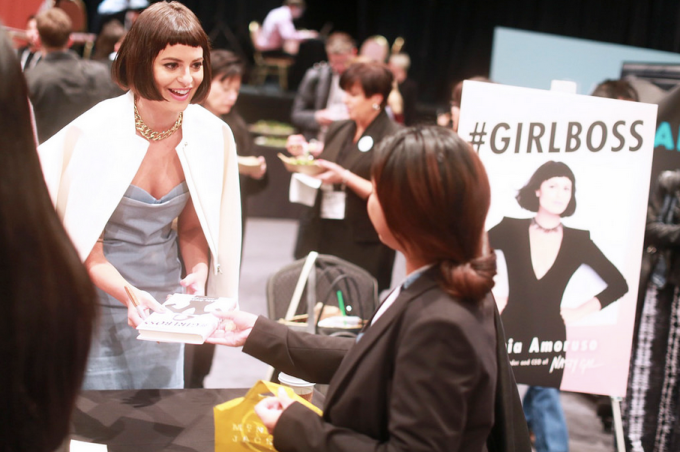 And the fair owners probably lose money. From the parking lot, everything about the fair looks like a refugee camp for the ignorant. From inside it’s a nice afternoon out for the family and a way for future farmers to show off their prize rabbits. It’s my mission to make Disrupt work the same way; sometimes we succeed and sometimes we fail, but we try.

There is, to be sure, a certain theatre of entrepreneurship that the overly cynical can point to to say that we are bilking an unknowing public. You can say that old white men on stage talking about money is one of the most uninteresting things in the world (I do, in fact, say that and I think we have some excellent speakers that are far from that norm and add quite a bit to the proceedings). You can say that we are mercenaries in the pay of Lord Armstrong.

Yeah, maybe all that’s true. But you work for Denton and he just hasn’t figured out how to monetize events yet.

What I see when I go to Disrupt is a Comic Con without the costumes. There are plenty of people, lots of networking, a lot of fun, and a lot of interesting on-stage talks. And there’s opportunity for a guy or girl working alone in their basement to come up for air.

I am, to be clear, a neophiliac and techno-utopian, but I know that humans like to meet other humans with similar interests and a Disrupt is a place where they can do just that. Maybe you don’t like those people. And maybe that’s a “you” problem.