Today’s e-commerce retailers are under serious competitive pressure from all sides, but maybe most importantly from Amazon. That company has developed a massive big data analytics service for its online retail operations that can track and adjust prices based on internal and external data every two minutes. Given that most users make their purchase decisions based on price, that can be a serious problem for smaller competitors and even large legacy retailers with online operations.

Boomerang Commerce wants to give these companies their competitive edge back by providing them with a dynamic pricing engine that takes into account over 100 factors, including their competitors’ prices. Founded in 2012, the company is officially launching at TechCrunch Disrupt NY today. 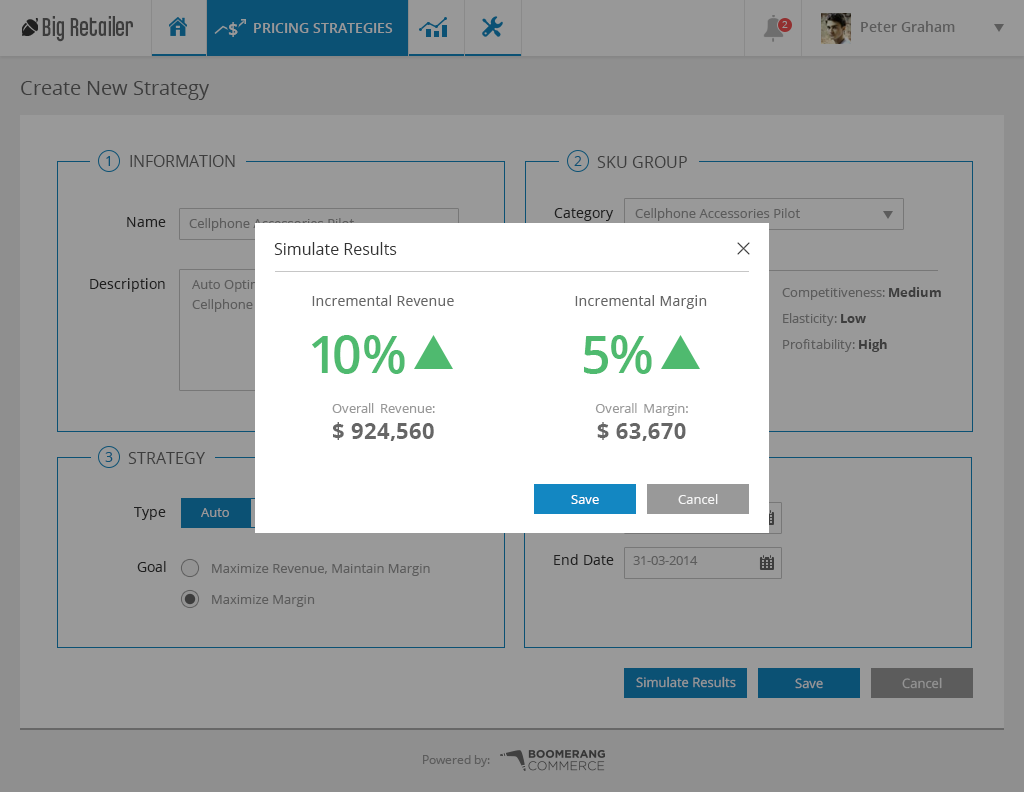 Boomerang Commerce CEO and co-founder Guru Hariharan, who previously worked at Amazon and eBay, told me that he and his team noticed how the analytical divide between Amazon and the rest of the retailers was growing in recent years. A few years ago, many legacy brick-and-mortar retailers were just trying to keep up by getting their e-commerce operations going, but now they also need the competitive intelligence and analytics to keep up with Amazon and other large competitors. Currently, many retailers just change their prices every three months, the team argues. 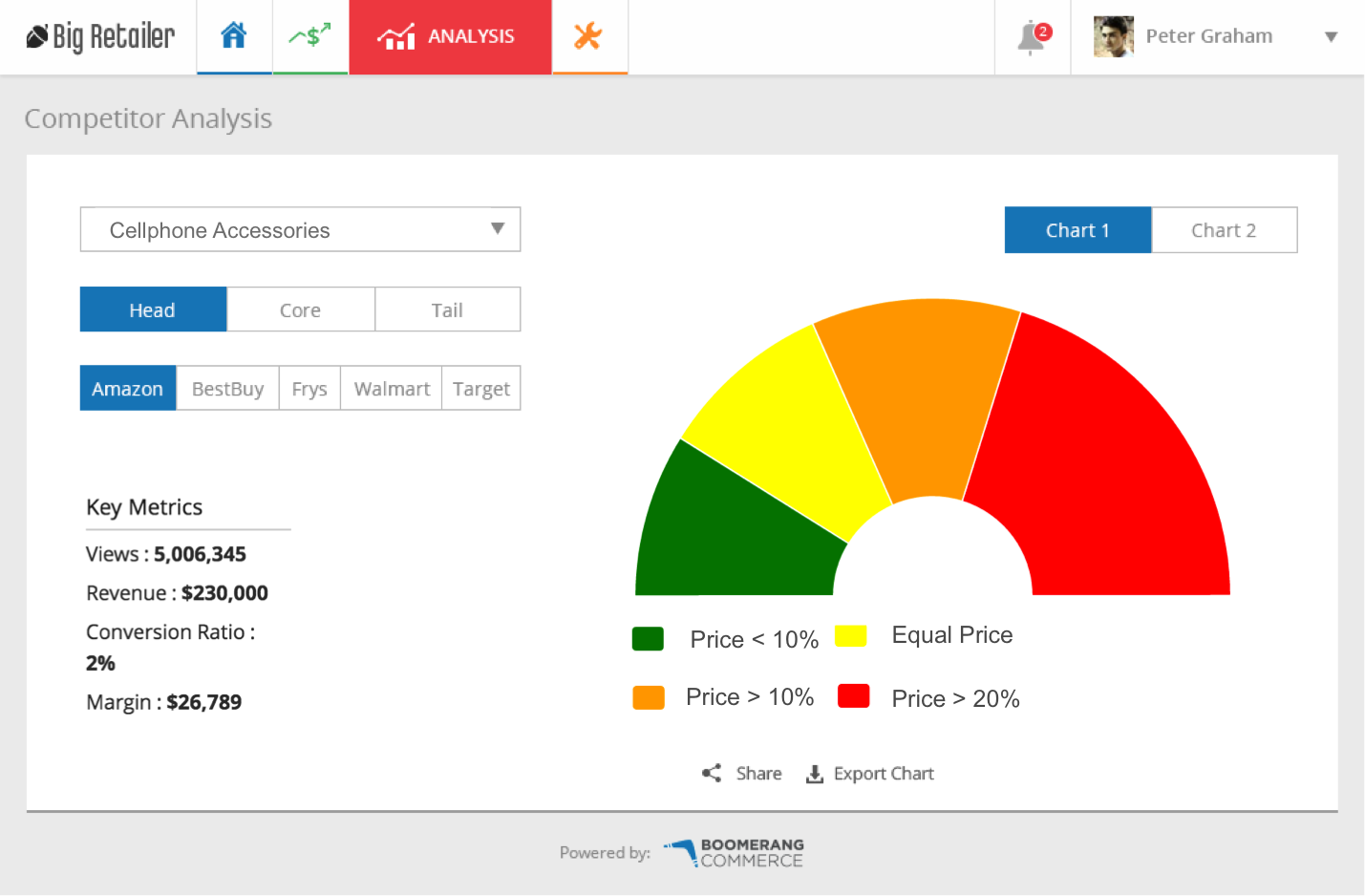 Hariharan told me that one of the hardest problems to solve here was to ensure that the company actually compares the right product with its equivalent on other sites. Just knowing the SKU, for example, is often not enough. A pink set of headphones, for example, may retail for 20 percent less than the black version and yet both will have the same SKU. The company believes that this validation layer sets it apart from its competitors in this space.

Just having this data is helpful, of course, but Boomerang Commerce then goes a step further and allows retailers to dynamically adjust their own pricing based on the service’s algorithms. To do this, retailers can set up their own filters to decide whether they want to optimize for revenue, margin, customer lifetime value and other factors. While most of the algorithm runs in a black box, users can also set lots of bounds and rules for how the algorithm works. For those who don’t trust the system, Boomerang Commerce offers a manual mode where every price change has to be approved before it can go live.

Retailers can plug the Boomerang Commerce pricing optimization engine into their existing systems, either through using basic flat files or through the company’s APIs.

Currently, the company is targeting retailers with more than $50 million in revenue and says that every deal it has made so far has been worth more than $500,000 (with the average being far higher and additional subscription fees over the lifetime of the contract). “We want to focus on the top dogs,” Hariharan says, and Boomerang Head of Product Vamsi Vutukuru adds that it’s mostly for companies at that size where using the service makes the most sense.

Q: How does a product get into your catalog?
A: The websites we work with today, they have hundreds of thousands of products. We were in closed beta for the last six months and the retailers we work with provide us with this data.

Q: How many companies are there that are doing more than $50 million in annual retail sales.
A: There are about 600-700, but that number is growing quickly.

Q: How much do you charge?
A: Seven-figure contracts and subscription fees based on the value we can create for these companies.

Q: How do you get displaced?
A: If somebody else comes up, there is a real risk for us, but pricing is the kind of business where if you’re in, you are in for three or four years. Most of the deals are currently three-year deals.

Q: How many variables are you tracking right now?
A: About 100 per product.